+ Freedom Oklahoma, an LGBT advocacy group, found 26 bills, some new and some leftover from the last session, that will be detrimental to the LGBT community if passed. Many are similar to others found in different states but some are new and could be dangerous, as Think Progress reports.

One of the most threatening is House Joint Resolution 1059, which is another “religious freedom” bills.

“If approved by voters, it would amend the state constitution to allow any religious organization, along with “any other private business or individual” to refuse to recognize any same-sex marriage. They would be able to refuse to provide services on this basis and remain immune to lawsuits or any consequence from the government.”

Another bill, which advocates say they’ve never seen anything like before, could be potentially dangerous for LGBT youth. HB3044 would prevent any school counselor, therapist, administrator or teacher from giving students any information or guidance about “human sexuality” without the consent from their parents. This means it will be harder for LGBT youth to talk to a trusted adult without them being outed to their parents. State Rep. Sally Kern is behind this bill as well as many of the other anti-LGBT bills.

Two other bills threaten LGBT youth, one that would allow students to pass their anti-LGBT views as their religious views in school and the other that would make it illegal to ban ex-gay therapy to minors.

SB 1014, HB 3049, and SB 1323 all are bills targeted at transgender individuals to block them from using public restrooms and other facilities.

Then there’s a string of bills that specifically address the state’s Religious Freedom Restoration Act and some backlash against marriage equality.

And last but not least, there’s at least one bill trying to do good for LGBT people. HB 1345, introduced last year, would create statewide employment protections based on sexual orientation and gender identity. 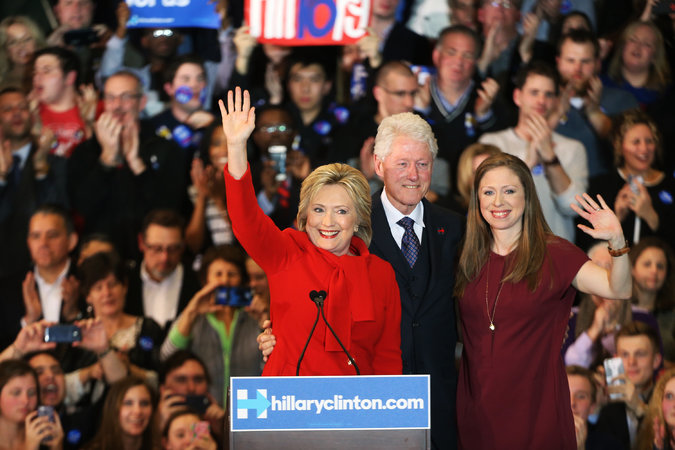 + The Iowa Caucus took place last night. If you’re not exactly sure what went down last night, this is a great video explaining what the hell happened. It’s very simple, sort of: Republicans and Democrats in Iowa got together with their respective parties and voted on which candidate they want for president; Iowa is the first state to kick off the election season. I’m not entirely sure why Iowa is super important but I believe since they’re the first state to vote in the primaries, it’s considered by some a good indicator of what’s to come in other states.

+ Ted Cruz beat Donald Trump and Marco Rubio at the Iowa Caucus with 28 percent of the vote. Trump trailed behind with 24 percent, and Rubio had 23 percent.

+ As for the Democrats, it was a super close call between Hillary and Bernie, virtually a tie. But state officials say Hillary officially won the Iowa Caucus. “The results tonight are the closest in Iowa Democratic caucus history,” state party chairman Andy McGuire said in a statement released Tuesday afternoon. Clinton advisors say they were disappointed Hillary didn’t lead with more votes in Iowa and needed the political momentum to lead in New Hampshire (the next state primary), where Bernie leads in polls. It seems it’ll be a close race until the end.

+ Since the Iowa Caucus is done, candidates are dropping like flies. Republican Mike Huckabee suspended his campaign, and so did Democrat Martin O’Malley.

+ Super random, but maybe you might like to hear. Donald Trump has been using Adele’s song “Rolling in the Deep” to rile up his crowds and now Adele’s spokesperson came out and said Trump doesn’t have permission to use her music (and neither does any other politician). 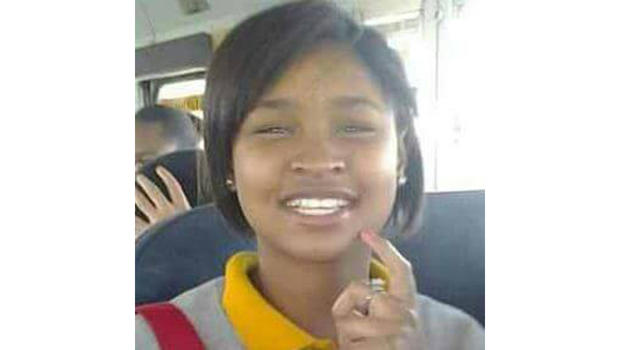 + 911 audio released on Saturday reveals staff at Lincoln Village Regional Juvenile Detention Center in Elizabethtown, Kentucky waited 11 minutes after finding 16-year-old Gynnya McMillen “cold” in her cell to perform CPR. She was pronounced dead shortly after EMS arrived on the scene. McMillen was taken to the juvenile center after a domestic dispute with her mom and was supposed to be taken to court the next morning. In less than 24 hours at the center, she was found dead and the coroner says the cause of death was inconclusive and that she probably died while sleeping. Authorities are questioning whether a martial arts move called an“Aikido restraint” used on her when she refused to remove her hoodie during booking was to blame for her death. McMillen was also supposed to be checked on every 15 minutes, but those check ins didn’t actually happen so it’s unclear when exactly she died. Her death is still being investigated.

+ A group of transgender Hoosiers and parents of transgender children met at the Statehouse to convince legislators to add protections for transgender individuals to Senate Bill 344 which would only protect lesbian, gay and bisexual citizens. Trans people held signs as lawmakers made their way inside the Statehouse that read “My child can be evicted for being who they are,” and “A hospital could turn me away.” They also met with some lawmakers. Democrats and LGBT advocates say the bill doesn’t do enough to ensure all LGBT people are protected from discrimination while religious conservatives say the bill does enough. The Indiana Senate is set to discuss potential changes to the proposal today, in time for a Wednesday deadline.

+ The U.S. Department of Justice made moves to establish that sexual orientation discrimination is counted as sex discrimination, which is already illegal.

+ A father from Tennessee was arrested for aggravated assault with a deadly weapon after he chased family members with a knife. Ike Wright was intoxicated and became “enraged” after he found out his daughter was a lesbian. An argument ensued and Wright threatened his daughter, her girlfriend and his son with a knife.

+ The U.S. Department of Health and Human Services ruled for the first time that a transgender person is entitled to get gender-confirming surgery under Medicare.

+ A young Asian man was attacked by two men in North Yorkshire when he was getting off the bus after work. One man held the teenager while the other one punched him and kicked him. The two men also threw homophobic and racist remarks at the teen. The police are treating the case as a hate crime and are looking for the two men.

+ Germany opened its first shelter for gay and lesbian refugees as threats to LGBT refugees grew in overcrowded refugee shelters. An organization called Fliederlich started the initiative and will accommodate 8 people in a two-story house in Nuremberg. They decided to open a shelter after 20 refugees said they felt threatened at the other shelters they were put in. Berlin-based gay rights organization Schwulenberatung also announced plans for an LGBT asylum shelter in the city, which would house 125 people, the International Business Times reports.

+ Wendy Montgomery, co-founder of Mama Dragons, a support group for Mormon mothers of LGBT children, says about 32 LGBT Mormon youth have died by suicide since November. She says families personally told her this news so the information is not verifiable. She says most of them were men and three were women. In November, the Mormon Church updated its policies, saying gays and lesbians wanting to get married was grounds for excommunication from the church. The church also updated its policies to deny baptism to children of same-sex parents until they were 18. The Church still stands with their policies. The LDS spokesperson Dale Jones responded to the suicides:

“Those who are attracted to others of the same sex face particular challenges and pressures in this regard, both inside and outside the church. We mourn with their families and friends when they feel life no longer offers hope. Each congregation should welcome everyone…The church has repeatedly stated that those who feel same-sex attraction and yet choose to live the commandments of God can live fulfilling lives as worthy members of the church.”

+ #TweetLikeaWhiteGay was a thing on Twitter.  The Advocate says: “While humorous, the tweets express a real frustration with the perception that white gay men, who purport to advocate for equality, turn a blind eye to the issues of other disadvantaged groups who fall under the umbrella of the LGBT community.” 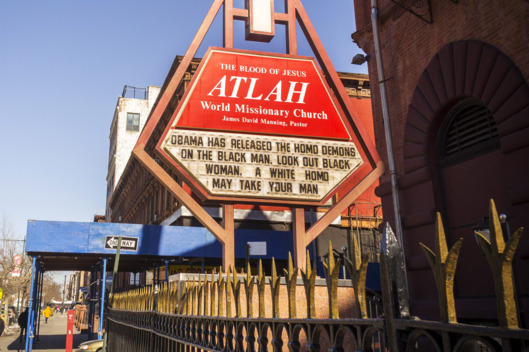 + The ATLAH World Missionary Church, notorious for its signs saying things like “Jesus would stone homos” in NYC, is being foreclosed on and will be put up for auction at the end of the month. The LGBT-friendly River of Living Waters Ministries and the Ali Forney Center, the largest organization in the country helping LGBT homeless, are hoping to buy it and setup a Go Fund Me to fund it. In the last two days, the organizations raised over $20,000 with a goal of $1.2M.