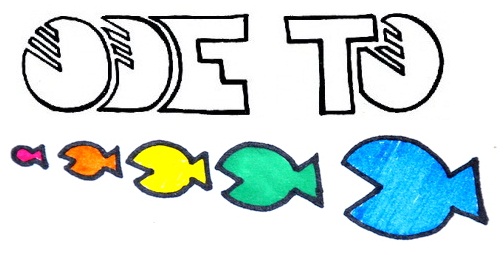 If the internet has taught me anything, there’s a universal rule that anything is tiny is awesome. A hippo in its natural environment? Horrifying! A pygmy hippopotamus drinking from a baby bottle? Oh dear god that shit is adorable and deserves its own tumblr. Although the Law of Cute may seem limited to ogling baby animal photos on imgur, the principle applies to seafood as well. Even though some might imagine that tuna aren’t that big given the size of the can, they’re juggernauts when it comes to their environmental impact. 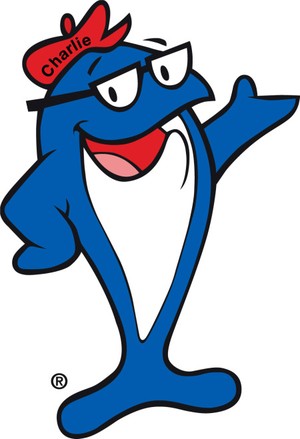 Big fish are big. Clocking in at 500 pounds (and sometimes more), tuna are massive. They didn’t gain all of that weight by getting chummy with their fellow ocean dwellers, no man, they ate them. (Sorry to burst your bubble.) On the not-so-fuzzy wuzzy side of things, this means your tuna salad sandwich sadly contains a lot of fish souls. On the economical and environmental side of things, this means your pound of tuna could have been 25 pounds of equally tasty seafood.

Big fish are old.  Large fish don’t just zip around for a year and go to market, their lives span years and even decades! In addition to talking, laughing, loving, breathing, fighting, fucking, crying, drinking, riding, winning, losing, cheating, kissing, thinking and dreaming, they’re also eating and accumulating whatever their prey noshed on. Tuna tend to accumulate more mercury and potential toxins than other sea creatures.

Big fish are Important. Tuna are pretty much the rulers of the sea since they’re so big and old, King Trident if you will. By eating the prey they’re supposed to eat in the amounts they’re supposed to eat, top predators maintain a happy fish kingdom where everyone gets along. Much in the same way things went belly up when Ursula zapped Ariel’s dad, shit gets real when major predators are removed by overfishing. All of a sudden tertiary consumers that would have been eaten by King Trident get the opportunity to live longer and eat all of the things. Instead of diplomatically sharing the (now limited) food that remains, they eat it all up until they run out of food. And die. Assholes.

I probably just gave you a tuna salad sandwich complex. For that I (sort of) apologize. But instead of passing on fish completely, just look out for other options! If you eat lower down on the food chain, your meals won’t have such a pronounced effect on the seas. You could always look for sustainably caught tuna or you could just dive a bit deeper into the depths of your supermarket. 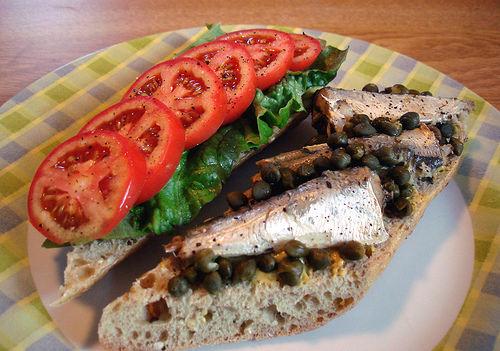 Tell me that doesn’t look edible. via Bowdin Gourmet

Growing up, we topped our toast with canned sardines, cracked pepper, Worcestershire and slices of fresh tomato. My sister opted for peanut butter and jelly instead, so it took her a while to realize that she was missing out. Given that they have a texture and flavour comparable to tuna, sardines are actually a decent Gateway Fish for skeptics. If you have a complex when it comes to saying sardines, call ’em brislings, sprats or pilchards instead. And look for smoked sprats too, that shit is delicious.

The reason we ate sardines so often was due to my mom hearing that Susan Lucci swore by them for her pristine skin. Unlike the other debatable advice dished out by soap opera stars, this one actually turned out to be correct. Sardines are high in omega-3s and vitamin D so they benefit your face and your stomach! When they’re caught sustainably using seine net fishing instead of the more destructive bottom trawling technique, they’re okay for the environment too. 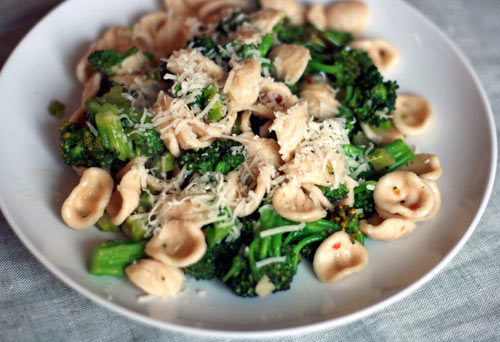 Your Dinner Tonight via Serious Eats

I’ll assume I was one of the few kids that got excited for anchovies since I was booed during a French lesson when I said I liked anchois on my pizza. (Here’s today’s reminder that kids are mean.) My classmates associated anchovies with dead fish and cat food, but for me it conjured up memories of traveling relatives bearing gifts of Peck’s anchovy paste and biltong. Instead of just being a fish spread, it was a time machine that let me relive my parents’ childhoods growing up in South Africa. And we can all agree that time travel is cool.

I ate them as a spread for so long, that it took me a while to realize you could actually cook with them. I remember skeptically watching Nigella Lawson prepare this back in the day, but I kept watching because it was Nigella Lawson. When you heat and melt the fillets, they transform from Fishy Salt Attack to a savory sauce that pairs well with broccoli, kale and other equally pungent veggies. If you’re brave enough to keep the salt content high, pair it with olives, capers, tomatoes and other pickled items and make whoregetti.

Given that they abide by the Law of Cute, you can eat them whole and feel like a giant in the process. Anchovies are a decent source of protein, omega-3s, calcium and vitamin A and calcium. Given that they are high in salt make sure you don’t rely on them for all of your meals. 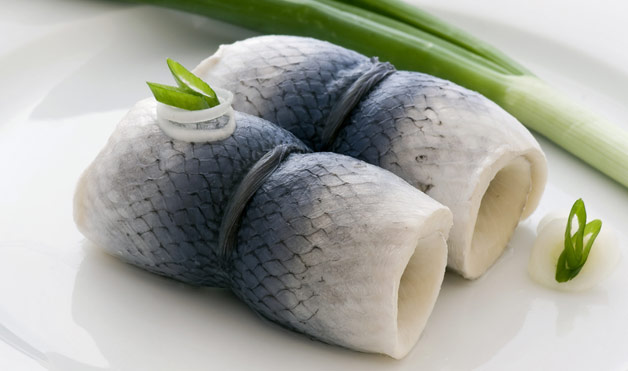 I actually fell in love with pickled herring. I sound like a liar right now. Just to put this into context, my dad’s coworker would always make a few gallons of rollmops each year and gift us a batch. So while my mom and sister respectfully declined, I took this opportunity to bond with my dad. I’ve also managed to use this herring-love to bond with pickle-inclined roomies and Finnish physicists. Because nothing brings people together more than a possible hangover cure. At least, that’s what my drunk self likes to believe.

Given its tenderness and acidity, soused herring satisfies my ceviche cravings when I can’t afford the actual dish. If pickled herring is a step too far, go back to the canned aisle and pick up a few tins. Or look for some kippers if you’re feeling a bit British. If you tried sardines as a Gateway Fish, you might have already tried some! These little oily fish are great for you without being too bad for the environment.

So throw out a line and test the waters a little bit, because tuna doesn’t have to be your be-all-end-all fish.