Being naked is fun! You know what is also fun? A gallery of ladies lacking clothing! Let’s use the word lesbian right here for lovely alliteration!

+ Being naked and in Australia and embarrassed: “Prison Island’s new PSAs against teen sexting relies entirely on convincing teen girls that they’ll be ashamed for sending someone “intimate” pictures of themselves. Because of course society’s totally innate values of guys being cads and girls being gossips are A-okay.” 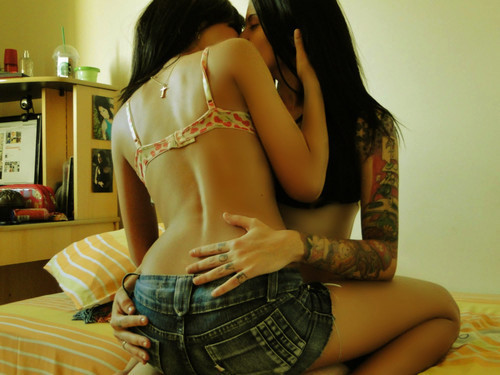 + Being naked and in San Francisco: “Concerned about public health and sanitation, Supervisor Scott Wiener introduced legislation Tuesday to require nudists to put something under their backsides – how ’bout a towel? – if they take a seat in public. He also wants to make them cover up when they’re in a restaurant.”

+ Being naked and reading: “I know a lot of women who’ve said, “It’s great that in New York the law says you can go topless anywhere a man can, and I’d love to try it sometime, but I don’t have the guts to do it by myself.” Finally a bunch of us decided to try doing it together: Just pick a day with nice weather, go to a park, lay out a towel, and do it. But we figured if we were just lying there people would come up and bother us, so we thought, What if we brought books and were reading? People would be less likely to bother us then, and we’d have an excuse to ignore them if they did. Then the question was, What sort of book would go well with a bold topless outing? And the Outdoor Co-Ed Topless Pulp Fiction Appreciation Society was born.” 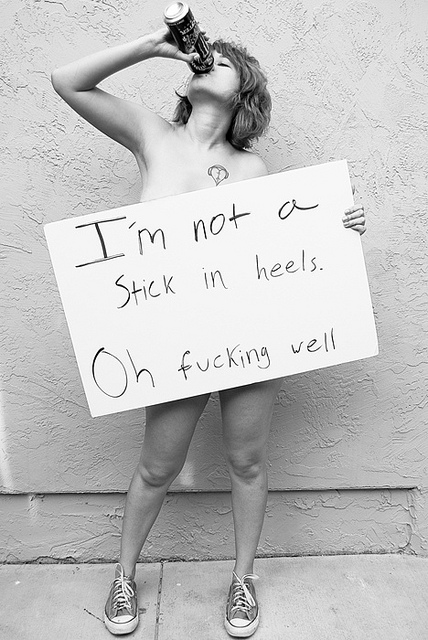