Hello, AutoStraddle! I’m Green: novice crafter/reader of books/admirer of pretty things/inquisitor extraordinaire. I have a lot of feelings and questions and ideas. My brain’s like a rubber band ball of plans and ideas and projects! 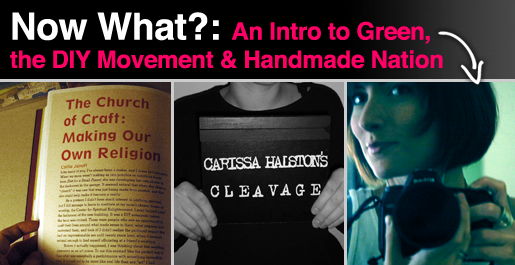 In fact, it’s nearly impossible for me to stay focused on one thing long enough to complete it because I have SO MANY IDEAS. I’m the girl that doesn’t return your calls all weekend because I decided on Friday to rearrange my bookshelves and by Sunday I’ve sewn 3/4 of a patchwork blanket, organized my my music folder, and started a blog about antique doorknobs that I’ll only update twice. Oh, and the bookshelves are half-finished. Get the picture? That’s why I’ll be writing Now What?, which will be a weekly-ish piece about whatever in the world I’m into at the moment. Is that open-ended enough for you? Hoorah!

I hope to be bringing you some flippin’ sweet interviews, tutorials, recipes, book reviews, run-on sentences and hyperlinkage out the whazoo! And of course, if you have tips or blogs or ideas or anything at all you’d like to share with me, prance on over to the Contact page and share share share! I also think videos would be fun, but let’s not get ahead of ourselves.

What Does It Mean To Be DIY?

Now What? will mostly revolve around the DIY movement, which is such an all-encompassing catchphrase, it can sometimes be hard to define, but I’ll give it a shot. It means supporting local and independent sellers as often as possible, making and doing as many things for yourself as you can, and getting in touch with your creative side, either for fun or for money. 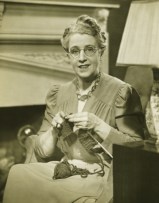 I’d never presume to be on the cutting edge of anything, much less the ever-changing world of indie/handmade/awesome, so my main goal with Now What? is just sharing. Sharing! I don’t want to type that word again. A quick thesaurus check shows that I can use bestowing, dispensing, and experiencing. Sure, why not. Let’s dispense!

Say Hi To Your Grandma For Me

Before we go any further, I feel compelled to get something off my chest regarding the crafting community. My biggest pet peeve is the employment of the phrase, “This is not your grandmother’s [insert craft here]!”, as a tagline for books and blogs. I understand why it works to pull people in — it’s so sassy and youthful. And no, I guess my embroidered Darth Vader pillow isn’t an exact replica of something my grandmother would’ve made.

these stitches and knots have been around for thousands of years, and using them to make something – anything – puts me in the company of some amazing women, both queer and straight

I did, however, use the same stitches and needles and thread that my grandmother used when she made her Elvis Presley tribute cape. Had it not been for our grandmothers’ grandmothers passing down these art forms, we wouldn’t have them to analyze, question, and make our own. For me, one of the best things about knitting and sewing is that these stitches and knots have been around for thousands of years, and using them to make something – anything – puts me in the company of some amazing women, both queer and straight. For the record, I approach this with nothing but respect for my crafting elders. What’s so bad about a macraméd plant holder, anyway? 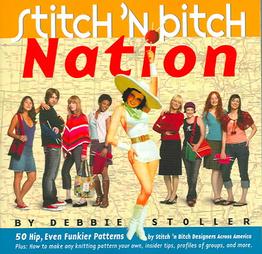 Being involved in the DIY community is a lot like being part of the queer community. In fact, their causes and ideas overlap so often, it’s easy to confuse one for the other.  For example, we’re both known for avidly supporting our own members and neither of us are afraid of getting political when the opportunity presents itself. Interestingly, both communities seem to inherently promote environmentally ethical lifestyles and independence from major corporations. And, best of all, crafters and queers both love sequins!

What really interests me about the current incarnation of the DIY lifestyle and movement is 1) its roots and 2) how and why did it get so big so fast? I know the internet machine did a lot to spread the word and the products, but why did we embrace it so enthusiastically at the turn of the century?

When Debbie Stoller, co-founder and editor-in-chief of BUST magazine, decided to start the first Stitch ‘N Bitch group in 1998, did she know it had the power to catch on like this? Maybe we could go even further back, to the ‘zine explosion of the early 90s. Women, no matter their age, background, or sexuality, used ‘zines to find their voices and make sure others could find theirs as well. We were sick of the capitalist bullshit of the 80s and we were going to do something about it. While some of us were forced to grow out of ‘zines and pink hair and riot grrrl, others, thankfully, haven’t, and it’s these sassy girls that have kept the torch burning throughout the early 00s. That same kickass spirit is thriving today — on the internet and on your block. And on AutoStraddle.com! Holleration!

Now that we’ve endured the clusterfuck that was the B*sh era, I think we all feel like it’s time to take back our world. We don’t want mass-produced clothes made in Cambodia. We don’t want the same dinner plates as our neighbor, also imported from a country in Southeast Asia. We don’t want that silly fishing pole lamp from IKEA [shit, yes we do – I love that lamp]. We’re not perfect, but we’re trying to make a difference and have fun.

This was fun. I hope you enjoyed the first installment! If you have any crafty/indie/pretty things you think we should be talking about, please let me know.  And come back next week for my very first interview for AutoStraddle!