+ Marine Ecologist Jess Melbourne-Thomas has co-founded the Homeward Bound Project to elevate the role of women in the fight against climate change.

+ My Black & STEM Playlist (Or, more on thriving as a URM student in physics and astronomy) by Dr. Chanda Prescod-Weinstein

Being a Black person in science, technology, engineering and mathematics (STEM) means being part of a revolution. It’s not revolutionary because we are becoming scientists for the first time. Black people have always been scientists, but here in the post-colonial world, we are not fairly included and represented in the mainstream STEM community. So this is a revolution because we are reclaiming our rightful place in the story of part of what makes humans a sometimes lovely species, our love for and curiosity about how everything inside the cosmos works.

+ Nobel prize winning scientist Elizabeth Blackburn is the spokesperson for the L’Oréal Foundation’s recently unveiled #ChangeTheNumbers campaign, a digital device to help change attitudes and change the preconceptions regarding women in science.

+ Bioarchaeologist Kristina Killgrove wants to tell you how to print your own 3D replicas of homo naledi and other hominin fossils.

+ Spotlight on a Young Scientist: Anika Cheerla. This 13-year old scientist is just solving Alzheimers, nbd. What have you done this morning?

+ Two Seattle girls launched a balloon to the edge of space this weekend, and have the video to prove it. I really love this video.

+ You all saw the news about Ahmed Mohamed being arrested for bringing a clock to school, right? In case you missed it, here’s Rachel’s summary, and here’s another thing I think you should read about it, too: “They Never Thought He Had A Bomb”: Racist Narratives.

+ Teen Arrested For Science Experiment Now Heading to Space Camp. This is an old, but in a similar case a couple years ago, all charges were dropped against 16-year-old Florida student Kiera Wilmot and she got to go to space camp.

+ More than half of Australian universities and medical research institutions have signed up for the Science in Australia Gender Equity (SAGE) pilot, which rates organizations based on their gender equity policies and practices. Go Australia!

+ Related: what it’s like to be a woman working in science, and how to make it better.

+ In ‘Photograph 51,’ Nicole Kidman Is a Steely DNA Scientist. I’m sorry that this review is lurid garbage in the way it talks about Kidman’s physical appearance, but I want everyone to know about this play on Rosalind Franklin! (‘Cause I want it to come to Broadway so I can see it.)

+ Here’s an interesting discussion about an earlier production of that play to make up for it: Rosalind Franklin and DNA: How wronged was she?

+ Citizen scientist collective Galaxy Zoo has partered with the Illustris project, one of the largest and most detailed simulations of the Universe. Galaxy Zoo added two new image sets on Monday, with absolutely gorgeous results. 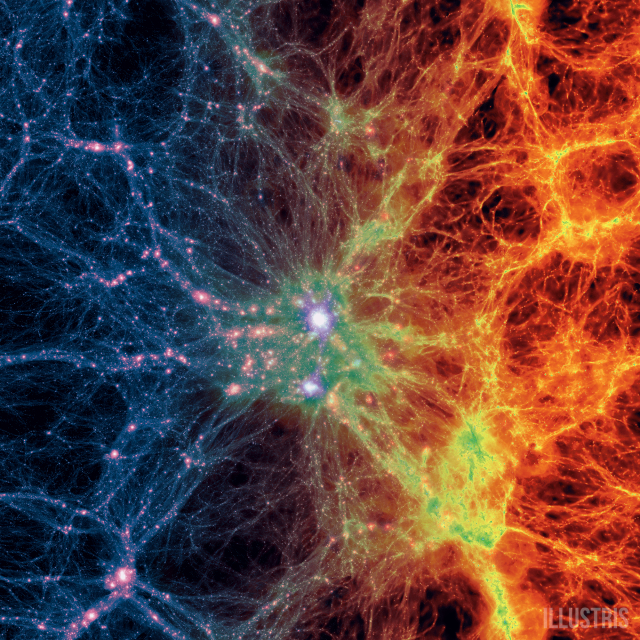 + Software engineer/Autostraddle intern Chloe says “everyone who thinks about software and diversity should read or watch this.” Everybody Hurts: Content for Kindness by Sara Wachter-Boettcher.

That language is actually part of the problem. When you define something as an edge case, you’re saying it’s something that you don’t have to care about it. You’re allowing it to be a fringe concern. You’re relegating it to the corners, to the margins.

Instead of calling things an edge case, we’ve decided we want to call them a stress case. We want to bring them right to the center and say, stress cases are what we want to focus on. Stress cases are showing us where the weaknesses in our work are. They’re putting stress on something so you can see the fractures, and do something about them.

+ Also from Chloe: why we need to stop car crash ‘women in tech’ panels and actually break the glass ceiling.

+ Here some companies working hard to get more girls into STEM. For example, Google launched « Made with Code ».

+ Miss Vermont’s talent in the Miss America pageant this year was science! The contestant, Alayna Westcom, is 24 and has a degree in forensics.

+ You don’t have Impostor Syndrome (And neither do I anymore) by Alicia Liu. You guys! This was a really good article! The mentors that I’ve respected the most in my workplace are the ones who’ve admitted that they don’t know everything. It’s not as common as it should be.

+ Scientists Have a Responsibility to Engage (Op-Ed) by Gretchen Goldman.

The idea that scientists shouldn’t have a voice in policy discussions is naïve — and concerning. Scientists, like all citizens, have the right to engage in policy discussions, and they have a right to express their opinions, political or otherwise. I’ve seen what can happen when scientists are silenced, and that situation certainly doesn’t provide us with better policy outcomes.

+ Interesting response to the above by Sarah Boon at Canadian Science Publishing: Is Science Broken?

+ I thought this was a really lovely piece of writing. Maybe you will too. The Age of Loneliness by Meera Subramanian.

+ The LGBT STEMinar will be held at the University of Sheffield (UK) on January 15. Attendance is free, and registration is currently open.

+ Here’s a scholarship opportunity for undergraduate women in STEM in the US.

+ Burgers on breasts – what is really going on here?

Recently, a series of advertisements came into the public consequence. These images depict women breastfeeding, with one breast painted to look like a hamburger, doughnut, or can of soda. … Many mothers have expressed concern about the message: your baby is what you eat. But is it true? Well, the best answer is “somewhat – but not really”, at least as a far as breast milk is concerned.

+ Signe Dean blogged about science every day for a year. The project ended in August 2014, but the archives are pretty neat!

+ What happens when you get your period in space?