In the wake of a Florida court’s decision to continue withholding equal rights for all its citizens, many were left feeling confused instead of angry. Over the past few years, absorbing these decisions from the news has yielded fairly polarized reactions: either yelling at the injustice or celebrating that we won a thing. 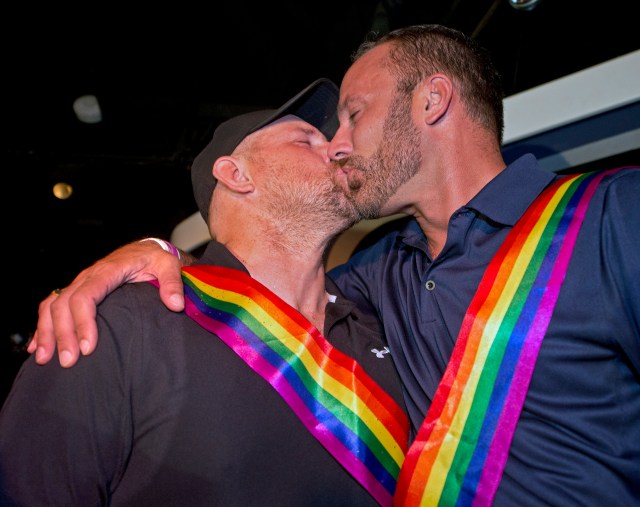 This Florida case was different though. There was good news in which the court overthrew the ban on gay marriage because it was unconstitutional and it seemed that couples would soon be able to marry. However, because Republican Attorney General Pam Bondi filed notice that that state would appeal the decision, an automatic stay was put into effect and no marriage licenses could be issued. This prompted the question “Wait, what even is a stay and what is the next move for the specific couple in this case?” I wanted the news to be simpler; at least with definitively bad news, you can mobilize, get angry, get active. The problem is that untangling the court-speak and double negatives in these cases is frustrating enough but what is equally vexing is the inevitable snail-like pace of proceedings and the fact that this leaves human beings in such a strange limbo.

In the past year, it has definitely seemed like we are heading in the right direction as a country, but this is an issue that the entire nation must eventually be united on. There was the successful Supreme Court ruling last summer (and celebrating last summer) but it was not definitive enough to define us as a country.

Couples are trapped in this indeterminate state where their existence is not legal but not wholly illegal anymore either. This limbo of a divided country means that people cannot feel free to plan their own lives. It means that they are not free to travel across our country, that their marital status will change depending on which state and county lines they are crossing. There have been other instances in our past where we regulated marriage county by county, state by state until it finally had to be decided once and for all, all encompassing, across the nation.

People have a lot of feelings about this comparison but the fact is that it does not have to be exactly the same for these decisions to operate similarly in people’s lives. The point is not to prove that gay marriage and interracial marriage are the same thing. That conversation quickly slips down a rabbit hole and entirely misses the point. The point is that these types of rulings, this slow bingo game of filling in, county by county, each state, place people, citizens, human beings in a bizarre limbo where they have to wait to see if their existence will be deemed illegal or not.

LBJ has written 3 articles for us.