In October, the territory was the first part of Australia to legalize same-sex marriages. However, the national government challenged the law, claiming that it contradicted federal law, which specified in 2004 that marriage was between a man and a woman.

The High Court ruled unanimously against the same-sex marriage law, saying in a statement:

Whether same-sex marriage should be provided for by law is a matter for the federal parliament. The Marriage Act does not now provide for the formation or recognition of marriage between same-sex couples. The Marriage Act provides that a marriage can be solemnised in Australia only between a man and a woman.

The High Court went on to say that any change in marriage equality reform would have to come from the Federal Government. ACT legislation allowed all Australian gay couples to marry inside the ACT, which includes Canberra, Australia’s capital. The 27 couples who have been married since the law came into effect last weekend are being stripped of their marriages. 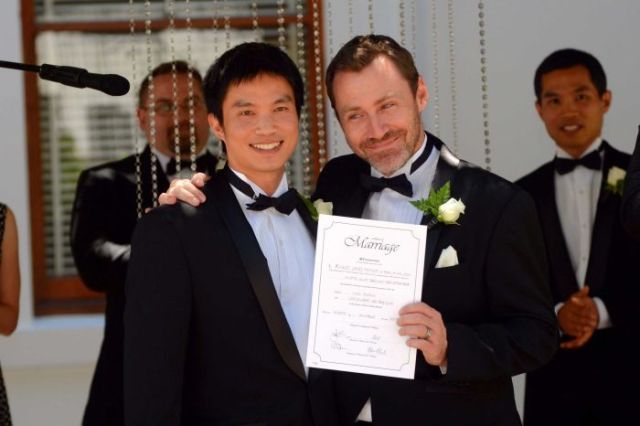 Teoh and Hinton
via ABC

Ivan Hinton, who was married last Sunday to his partner Chris Teoh, said, “In less than a week we’ve been married and we’ve been unmarried, at least on a legal level. We’re still married. I’ve made commitments to Chris to spend the rest of my life with him.”

Rodney Croome, the National Director for Australian Marriage Equality said, “This is devastating for those couples who married this week and for their families.”

The Australian Christian Lobby said in a discriminatory and ultimately objectively incorrect statement:

Marriage between a man and a woman is good for society and beneficial for governments to uphold in legislation. It is about providing a future for the next generation where they can be raised by their biological parents, wherever possible. It is now time to move on.

Last year, a bill that would have allowed same-sex marriage was voted down in both houses of Parliament, but civil unions are legal in some Australian states. 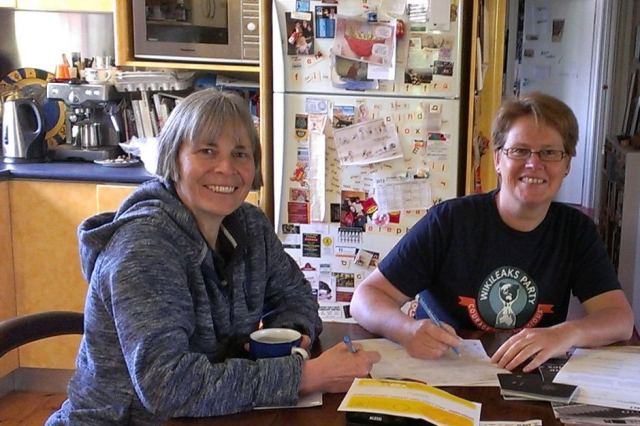 Darlene Cox, who married partner Liz Holcombe on Saturday, said “I have to say the weekend was so fabulous that it’s taken the shine off, but we’re still walking on air… We were legally married for five days and that’s terrific.” She’s not angry with the High Court ruling, instead arguing that laws are enacted and people change them, which is part of the democratic process. Now the responsibility is on The Federal Government. She said, “If they were so sure that they needed to challenge the legislation, let’s make sure marriage equality is on the national agenda.”