Michael Sam, the SEC defensive player of the year, All-American defensive end and NFL prospect made headlines around the country and around the world when he came out almost two weeks ago. For queer Americans this was a huge deal. While women’s professional sports leagues have often been welcoming to out athletes, men’s professional leagues have been famously less accepting. None of the four major American sports (football, basketball, baseball and hockey) have ever had an openly queer athlete playing professionally. While some athletes have come out after they retired or stopped playing, what makes Sam’s announcement different is that he hasn’t even been drafted yet. This makes his situation uncharted territory, and although things seemed pretty bad at first, a recent poll shows that 86% of NFL players would be fine with an openly gay player on their team.

When Sam first came out, a lot of us were afraid of the reactions from the NFL. His draft stock seemed to plummet overnight, with CBS showing his projected draft position drop from the 90th pick all the way down to the 160th the morning after he came out. Additionally, several anonymous scouts and executives with NFL teams said that the league wasn’t ready for an openly gay player and that his coming out made him nearly “undraftable.” Quotes were tossed around saying that locker rooms were “stuck in the 50s” and that maybe the league would be ready to embrace a gay player in decade or so. While watching ESPN, everyone who talked with NFL players said that they had concerns that Sam would “take things out of context” or “not be able to take a joke.” This painted a pretty grim picture for Sam’s chances at thriving in the NFL. 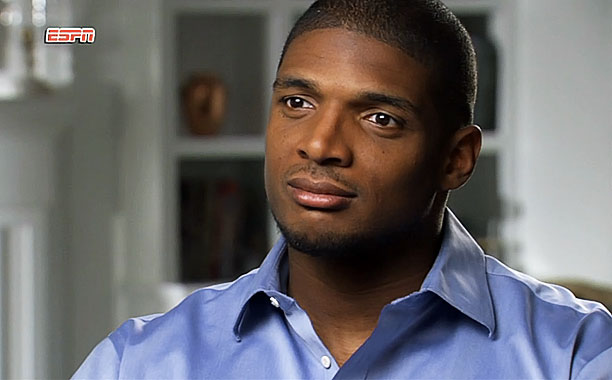 Sam during his coming out interview via Entertainment Weekly

However, things quickly turned in Sam’s (and progress’) favor. More and more players, coaches, GMs and executives offered their support and applause of Sam’s actions. A recent survey by ESPN revealed that 44 out of 51 players said that a teammate’s sexuality doesn’t matter to them. While the results of this survey seem incredibly positive at first glance, it also brought up some troubling numbers. Out of the 51 players surveyed, 32 said that teammates or coaches used homophobic slurs last season. Out of 46 respondents, 21 also said that they don’t think an openly gay player would be comfortable in an NFL locker room. However, while that may be the current state of NFL locker rooms, players seem to be willing to change that. One player surveyed said he thinks the biggest problem isn’t that people won’t accept a gay teammate or treat him with respect, it’s that they don’t know how they’ll have to adjust locker room banter and behavior.

Whoever takes [Sam in the draft] should have an open talk at the beginning of camp, where everybody can ask what he’s comfortable with, what offends him, what boundaries there should be. When it comes to race, people already know the boundaries, to a certain extent. But I don’t think football players are overly familiar with what can and can’t be said around a gay person.

So although some players seem to be a little ignorant when it comes to interacting with openly gay people, they also seem to be actively suggesting that they want to learn and grow, which when it comes down to it, is a pretty great way to be an ally. 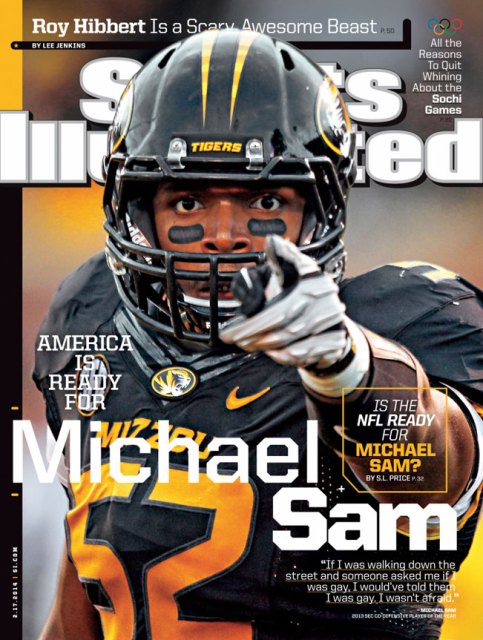 These poll results fit right in with the majority of things that NFL players, coaches and executives have been saying. Pittsburg Steelers safety Ryan Clark went on ESPN to talk about how he thinks NFL locker rooms will react and had nothing but positive things to say about Sam. He applauded Sam’s courage and although he did say that some people will take some time to get used to working with a gay teammate, almost no one would be actively against having a player like Sam being on their team. Clark even went as far as to say that if there was a problem, it would be blamed on the veteran player who speaks out against Sam, and not Sam himself. Jerome Bettis, a former Steeler and current ESPN analyst also applauded Sam and then went on to say that he guesses about “90-95%” of NFL players would welcome having Sam on their teams. He thinks that changing attitudes nationwide have made things easier for Sam, saying that “if the public is ready, than the locker rooms are usually ready.”

As this article by Slate points out, it seems almost like a lot of the early fears about whether or not Sam would be welcomed were manufactured, or at least exaggerated, in order to sensationalize the story. While initial (anonymous) reports seemed to say that several GMs wouldn’t be comfortable drafting Sam, Slate lists owners, coaches and other high-level executives from ten different NFL teams as going on record to praise Sam and say that they would have no problem drafting an openly queer player. 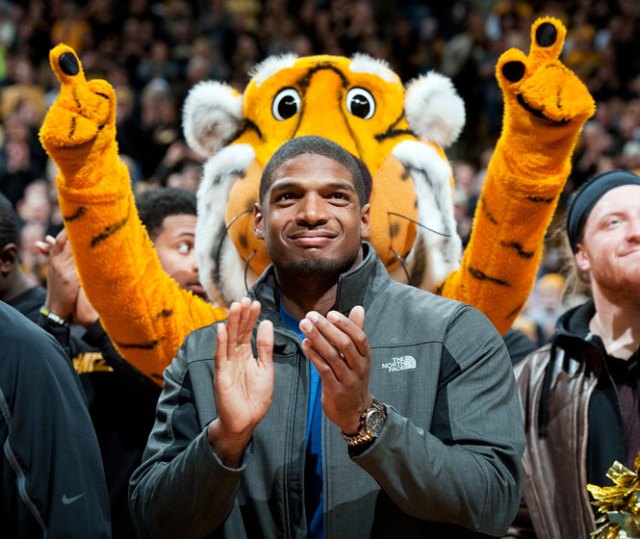 Sam was out to his teammates during his senior year, and his team absolutely thrived, finishing 12-2 and winning the Cotton Bowl. Sam was even named the team’s Most Valuable Player by his teammates. His next big moment will be this upcoming Monday, when defensive linemen and linebackers have their workouts for the NFL scouting combine, where coaches and scouts will measure their strength, speed and athleticism in order to assess their draft stock.

Looking at these new reactions, these are exciting times for young gay and lesbian people coming out. In the past few weeks we’ve seen two young people in some of the most popular industries in America come out at important points in their careers. There’s Sam, who is a very promising athlete in the most popular sport in America coming out at the beginning of his professional career and then there’s Ellen Page, the 26 year old actress who recently came out and is about to star in one of this summer’s biggest movies, X-Men: Days of Future Past. Never before have people this young on this big a stage come out as gay or lesbian. In a large part thanks to these two, we’ll soon know just how accepting society really is of gay and lesbian people. Both are poised to become huge stars (or continue to be a huge star in Page’s case) over the next few years. Millions of people may have bought Macklemore’s record, but the real test of how accepting American society is will be if people like Michael Sam and Ellen Page continue to have the chance to be who they are and to do the things they love.