After a tumultuous two years for football’s relationship with the queer community, Michael Sam, a defensive lineman for the University of Missouri came out as gay today. Not only is Sam a trailblazer for queer athletes who want to be able to be themselves while pursuing their passion for sports, but by all accounts he is an excellent football player and a leader on the field. If he is selected in this summer’s NFL draft (which all signs are pointing toward), he will become the first male athlete to play one of the four major professional sports after coming out. The fact that he did so willingly and before his professional career has even started shows that he has a lot of hope for the future of gay male athletes in America.

This is especially big news because of both where Sam played football and where he might play it this fall. Missouri is one of the schools in the Southeastern Conference, widely considered to be the best and toughest college football conference in the entire country. The team went 12-2 last year, won the Cotton Bowl and regularly had their games featured on TV. Sam was one of the standout players on the team, being named team MVP, First Team All-American and the SEC Defensive Player of the Year. Now that his college days are over, he’s focusing on preparing for a future career in the NFL and wants to make sure that he does it on his own terms. Sam told ESPN, “I just want to make sure I could tell my story the way I want to tell it. I just want to own my truth.” 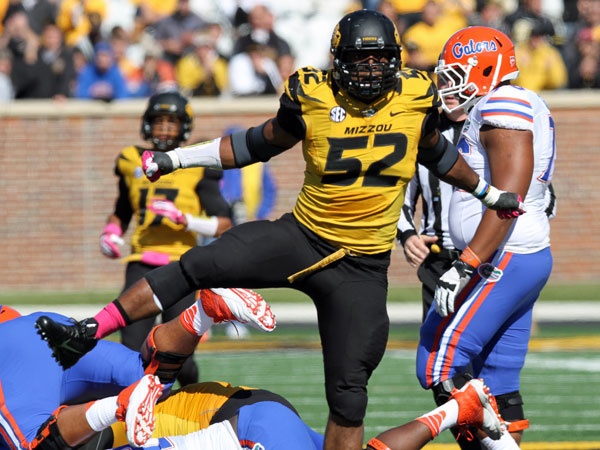 After players including Manti Te’o and Nick Kasa had their sexuality questioned by both pundits and team executives during pre-NFL draft vetting, the league didn’t exactly look like the most queer friendly place. Things got even worse when Jonathan Martin abruptly left the Miami Dolphins after bullying allegations that involved anti-gay slurs and claims that he wasn’t “man enough” to play in the NFL came to light. Former Minnesota Vikings punter Chris Kluwe then added to this view of football culture when he claimed that he lost his job in the NFL due to his strong vocal support of gay rights. However, Sam believes that things are getting better for gay players in football and says that he found support from his fellow players while at Missouri. He says that when he came out to them, a lot already suspected.

“I was kind of scared, even though they already knew. Just to see their reaction was awesome. They supported me from Day One. I couldn’t have better teammates. …I’m telling you what: I wouldn’t have the strength to do this today if I didn’t know how much support they’d given me this past semester.”

“We’re really happy for Michael that he’s made the decision to announce this, and we’re proud of him and how he represents Mizzou. Michael is a great example of just how important it is to be respectful of others, he’s taught a lot of people here first-hand that it doesn’t matter what your background is, or your personal orientation, we’re all on the same team and we all support each other.” 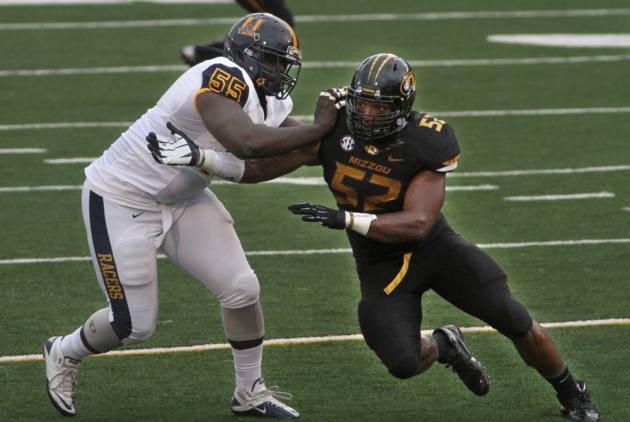 Sam isn’t all alone when it comes to male professional athletes coming out in recent years. Last year former NBA player Jason Collins came out, and although he isn’t officially retired, he hasn’t played professional basketball since he made his announcement. Robbie Rogers, a professional soccer player also came out after he announced his retirement, but has since returned to playing professional soccer for Major League Soccer’s Los Angeles Galaxy. Of course, we have to acknowledge all of the incredible queer women who have been openly playing sports for decades from Billie Jean King and Martina Navratilova to Megan Rapinoe and Brittney Griner to the seven out women competing in this year’s Winter Olympics.

GLAAD President Sarah Kate Ellis has commented that: “By rewriting the script for countless young athletes, Michael has demonstrated the leadership that, along with his impressive skills on the field, makes him a natural fit for the NFL… With acceptance of LGBT people rising across our coasts — in our schools, churches, and workplaces — it’s clear that America is ready for an openly gay football star.”

According to the New York Times, several NFL experts have been predicting that Sam will be drafted in the third round, which usually guarantees a player a roster spot and often leads to that player starting in the league. If he does make it to the NFL, this will become an even bigger story. Hopefully his courage and honesty will help to bring about a change in the culture of hyper-masculinity that often permeates football culture. It also might help to inspire other male athletes who won’t feel so alone when they are thinking about coming out. Sam’s story is one of optimism and a bright future, and in a time when we keep on seeing stories about LGBT oppression and sports going hand-in-hand, this is a welcome reprieve.