There’s nothing better than a comeback, unless it’s a Republican senator breaking with his own party to, in his own words, “do what’s right.” Roy McDonald had originally stated he would vote against same-sex marriage in New York, but against the wishes of some of his supporters, has now had a public change of heart. Or as he puts it: 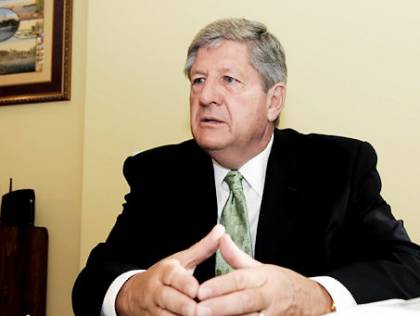 As of this writing, there’s still no official word on how things will swing in New York, although with McDonald’s support things are looking much brighter – it really is a close enough vote that his one vote could change things, or even everything. How close are we to marriage equality in New York? Well, the city is already at work preparing gender-neutral marriage license applications so that they can be prepared for the rush of one of America’s gayest populations running to the altar in the event that the bill passes.

According to The Wall Street Journal, New York’s city clerk, Michael McSweeney, is putting finishing touches on new marriage license applications that will give soon-to-be-weds the option of being listed as a bride, a groom, or a spouse. Should the measure pass, McSweeney says the forms will be sent to the printer on a rush order to ensure that they’re available when the state is ready to begin issuing them to same-sex couples.

In a less-highly-publicized case of a New York politician taking to Twitter, Senator Greg Ball asked his Twitter followers what they thought of the potential for marriage equality in NY. So far, the answer has apparently been a resounding yes. It’s a good sign.

The long slow march towards progress isn’t all or even mostly about marriage equality. But if New York finally does legalize same-sex marriage, and it happens during the month that the President of the United States has designated LGBT Month of his own volition, and we are once again flooded with stories and images and beautiful smiling wedding photos of people who have wanted this their whole lives and now finally have it – well, it will feel really good. That is all.

Have you been following Katrina’s adventures for Autostraddle at Netroots Nation? It’s an event chock full of important liberal and queer figures, including but not limited to Dan Choi, Pam Spaulding of Pam’s House Blend, and members of the Bilerico Project and Feministing. But there were also other queer leaders there that you may not have been aware of before – for instance, Mary Kay Henry, the out lesbian leader of SEIU. While marriage issues have a lot of symbolic value, workplaces issues can mean more on a day-to-day basis for the average queer person, and Henry is working to make the world safer for LGBTQ employees. “Henry, who became president of the SEIU in May 2010, she said she thinks her election as head of the union demonstrates that “all the justice fights are really one fight” and recalled that unionized health care workers worked against LGBT discrimination during the AIDS epidemic in the 1980s.”

This has been a very gay week for Glee, and not just on screen. Not only did a lesbian co-producer join the staff, but Ryan Murphy, the show’s creator, announced that he’s now engaged to his longtime (male) partner. Congratulations/long live Brittana, etc.

This weekend in France Lady Gaga was so fucking rad she was actually fined for disturbing the peace. “The singer’s presence attracted hordes of devotees who waited outside the hotel in hope of seeing their idol, and Gaga gave the group a treat by hanging out of her suite’s window and showering them in petals… “She threw hundreds of rose petals and shouted over and said ‘I love you my little monsters.”

After his highly controversial anti-gay comments at an event two weeks ago, Tracy Morgan visited with homeless gay youth in a shelter in NYC. While he’s also issued a public apology, it seems like a more meaningful gesture to make a point of getting to know teens who are in the precise situation he joked about to his crowd. “He met with Raciel Castillo, whose compelling story would be tragic if not for the Ali Forney Center, which took him in. Castillo knew he was gay by the age of 12. His father rejected his homosexuality, sent him to therapy in an attempt to make him straight, and when that didn’t work, threw him out on the streets. It is a chilling example of what kids risk when they decide to reveal their sexual orientation to parents, especially those with conservative values.”

There’s a new thing happening with Harry Potter? Maybe? Where is Emily Choo. “Participants in a viral marketing campaign initiated by J.K. Rowling turned up a website yesterday, called Pottermore, that suggests that the Harry Potter author will have big news next week. At the moment, the only link on the page is to a YouTube channel with a countdown to 12 p.m. British time, June 23, when Rowling will make her announcement.” What will this announcement be? Obvs no one knows, but one person thinks he has a good guess: “I believe I have correctly guessed Rowling’s plans for another series, whether it’s to be announced next week or in years to come. I believe this series will take place in the Potter universe, and concern a character named Ted Lupin…
Ted, you will recall, is the orphaned son of Remus Lupin and Nymphadora Tonks, both Order of the Phoenix members killed shortly after his birth in the final battle with Voldemort’s forces. ” SUSPENSE.

Perhaps this is relevant to your interests: a roundtable of “TV’s Funniest Women” (aka women nominated for Best Comedic Actress Emmy) talking about being ladies and being funny. There are three parts total: here’s the first!

Is doing something with art that I don’t fully understand! “The actor/writer/filmmaker/professional grad student has teamed up with New York City artists Brainard and Delia Carey, and together they’ve created the Museum of Non-Visible Art (MONA). Yes, that’s right, art that you can’t see. The concept is described as “an extravaganza of imagination, a museum that reminds us that we live in two worlds: the physical world of sight and the non-visible world of thought. Composed entirely of ideas, the Non-Visible Museum redefines the concept of what is real.” Check it out on Kickstarter if you wish, and then please explain to me what it is.

It is summer, which means it is time for prom and increased numbers of drunk driving accidents for teens but also commencement speeches! Here’s Stephen Colbert’s, in case you happen to not go to Northwestern.

Rye Rye has a new song and music video, which both feature Robyn. And a lot of pretty gay haircuts, considering that neither of the women involved identify as gay. And also a lot of neon spandex? It’s possible that this is only COMPLETELY AWESOME to me, but you know what, I don’t see anyone else volunteering to write a Sunday Funday.

You can thank Sarah for this. And you should. 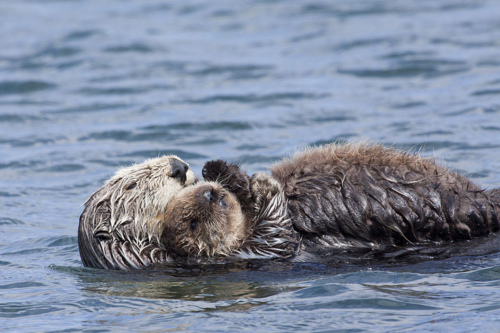