For years, it’s been almost a cliché in the coming-out narrative of the character who cloaked their insecurity over being a closeted gay teen in throwing themselves into their studies, or sports or some other hobby. After all, they can’t be weird if they’re a top student or athlete – or, as Megan from But I’m A Cheerleader put it, “I get good grades, I go to church, I’m a cheerleader! I’m not like all of you.” But now, there’s actual statistical proof behind this connection – at least for gay men.

The idea, called the “Best Little Boy In The World” hypothesis, has been tested in a new study published in the academic journal Basic and Applied Social Psychology. According to Salon, “researchers interviewed 195 male college students who identified as either heterosexual or a ‘sexual minority’.” Not only did gay male students tend to be more likely to be overachievers, but that there was a positive correlation between how much they felt like they had to hide their sexuality and how well they did in school and extracurricular activities, and how much they based their self-worth on things like “academics,” “appearance” and “competition.” Salon writes:

The researchers also developed a way to objectively measure the amount of stigma each participant faced in their particular environment by evaluating their home state’s general stance toward sexual minorities. That measure of stigma also positively “predicted the degree to which young sexual minority men sought self-worth through competition.” 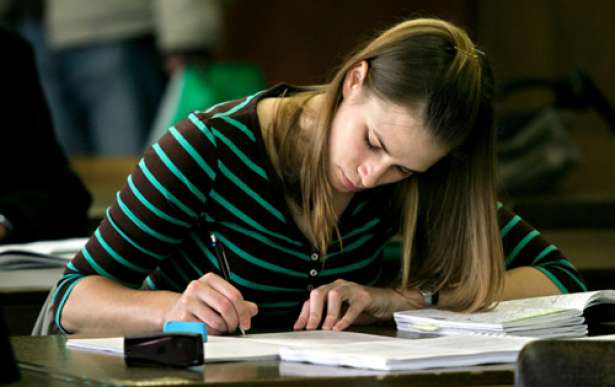 The first question one might ask about the study: what about girls? Why is this focused mostly on gay and otherwise queer men, and not on lesbian, bisexual or queer women? Though the article says that “exploring that particular question is a next step for research,” the lead researcher, John Pachankis of Yeshiva University, notes that gay men were the focus because the “best child in the world” narrative was simply less common in lesbians’ memoirs:

The notion of the ‘best little boy in the world’ crops up everywhere in stories about gay men’s early lives and not as much in the narratives of young lesbians,” [Pachankis] told me in an email. “That certainly doesn’t mean that women don’t experience a similar phenomenon, but only that lesbians’ personal stories don’t seem to emphasize it as much.”

That brings us to one of the major issues with this study, which is not only that it involves a small sample size, but that it also is focused on college students. Obviously, people who go to college are more likely to be academic overachievers than those who don’t – especially given how competitive college admissions processes are these days. A wider sample, that included some young adults of comparable age who weren’t in college and weren’t graduates, might give us a better idea of whether this is a real trend among queer men, as opposed to just those who go to college. People who get a chance to write memoirs about their coming-out experiences tend to be more educated and privileged; how do we know that this is really a thing that affects gay men all over the map, and not just those with the clout to get book deals?

It’s important to note, for those worried about how people might take this to mean that homophobia makes kids into better students, that it’s particularly concerned with tying self-worth to grades or other external factors, like judgments of appearance or excellence in sports or an extracurricular activity. It’s one thing to be a good student; it’s another thing to think you aren’t a worthy person if you get a sub-par grade or several. Along with the obvious issues that come with becoming too invested in appearance (the study warns against problematic eating habits), there’s also the fact that “the more they based their self-worth on besting others, the more likely they were to find themselves being dishonest, arguing, and experiencing emotional distress.” 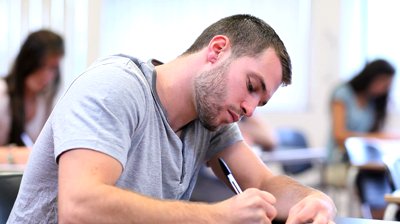 Another interesting question worth asking is how these findings might impact anti-bullying campaigns targeted at LGBTQ students. If homophobia is not only leading to social ostracization, but also greater academic stress for LGBTQ students, this may be seen as a contributor to rates of depression, anxiety and suicide among these students. Having been an overachieving closet case myself as a teenager, I know too well how that first D can be an incredibly traumatic experience for the kid who has learned to define themselves by their GPA. Truly, a homophobic environment is bad enough on its own for LGBTQ students, but maybe other factors – like an academically-stressful environment – make it worse for students who learn to identify themselves by their achievements because they’re left out of a heteronormative high school social world. It could be this combination of factors (or others) that make certain school districts such particularly dangerous places for queer students.

Hopefully, though, this won’t mean that we’ll end up with anti-bullying policies that focus only on academically-successful LGBTQ kids, and less on those who likely are hurting just as much from homophobic environments but haven’t poured that resentment into academic or extracurricular achievement. Especially if the study is right that this is primarily a gay male problem; the last thing we need are more policies and projects that focus on just one letter under the increasingly-expansive LGBTQ umbrella.