Welcome to the twenty-fourth installment of Queer Your Tech with Fun, Autostraddle’s nerdy new tech column. Not everything we cover will be queer per se, but it will be about customizing this awesome technology you’ve got. Having it our way, expressing our appy selves just like we do with our identities. Here we can talk about anything from app recommendations to choosing a wireless printer to web sites you have to favorite to any other fun shit we can do with technology.

It’s been a week, right? This week all I could think of was THE WORLD IS ON FIRE, EVERYBODY BAIL! WHEN IS RIESE GONNA START THAT COMMUNE ALREADY?! The Onion pretty much summed up all my feelings about it: It’s been a hell of a week.

The thing about it being a hell of a week, though, is that while we’re focusing on terrible scary important things, we might turn our attention away from the less immediate, less physically dangerous things that are still potentially important and still potentially quite scary. And I feel like C.I.S.P.A. might be one of those things.

C.I.S.P.A. stands for Cyber Intelligence Sharing and Protection Act. And basically what it does is allow companies that provide you with internet service and social media and email and anything else you can think of internet-wise to share your information with other corporations and with the government. Supporters of the bill say this is to prevent cyber-threats from progressing and is considered a way to ward hackers off in real time, as they’re attacking. And on Thursday the bill passed in the US House of Representatives with a bipartisan vote of 287-127 with 18 abstentions.

President Obama has threatened to veto this bill if it passes the Senate in its current form.

Because as it stands, the bill doesn’t require private business to strip data of personal identification data before sharing it with the government. This information can be shared without a warrant. Broad and unspecific immunities are granted to participating companies, so they don’t get in trouble for the information they share – customers cannot sue them for violating their privacy. And you will not be notified that your information has been shared. Or at least, you don’t have to be – like, maybe they could notify you? If they wanted? Basically this compromises the internet security of millions of internet users. 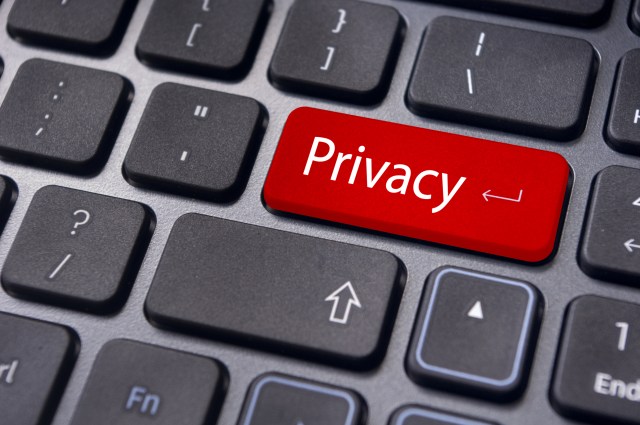 There are just too many gaping holes in this bill for me to be comfortable with it – too many unanswered questions. But it asks that age old question: which is more important? Freedom or security? And where is the line between the two that we can comfortably walk without compromising our priorities as a democracy? Lawmakers are citing the Boston Marathon Bombings as a brilliant reason to have passed the bill, which I kinda can’t figure out, because there doesn’t really seem to be much a cyber element to the crime. They’re using it as a metaphor – we need to protect ourselves from “cyber bombs” – but the remark makes so little sense that I can only assume Republican Representative Mike McCaul of Texas was capitalizing on the emotional fall-out of this terrible tragedy.

Basically I’m throwing it out there to you guys because I think Autostraddle readers are the smartest people on the planet– what do you think of C.I.S.P.A.? Does it make you squirm like it makes me squirm? If so, it’s a good idea to start contacting your senators, because the Senate is the next place we’ll see this bill. If it passes there, President Obama will have the opportunity to veto it (as stated above, he’s already threatened to do so), but we never know if that will happen until it happens, because politics. It’d be pretty unlikely for C.I.S.P.A to recover after a presidential veto because the House and the Senate need a 2/3 majority to overturn a veto.