This weekend Autostraddle Deputy Editor Carmen Phillips and I found ourselves texting, with many exclamations!, about Netflix’s The Baby-Sitter’s Club. Carmen, a queer Black Puerto Rican femme, who grew up across Detroit, Brooklyn, and Buffalo reading every single book in sight; me, a white soft butch from rural Georgia who could hardly sit still long enough to finish reading anything when I was growing up; geeking out, as adults, about the easter candy-colored book series that was a touchstone of both of our youths.

It wasn’t just us, of course: Ann M. Martin‘s middle-grades novels gave millions of girls in the ’80s and ’90s the chance to see themselves in Kristy’s tomboy bossiness, Claudia’s funky fashion and creative genius, Mary Anne’s shy studiousness, Stacey’s resilience and “boy-craziness,” Dawn’s earth-loving psychic vibes, Jessi’s compassion and athletic prowess, and Mallory’s over-achieving practicality, long before they were sorting themselves into Hogwarts houses. 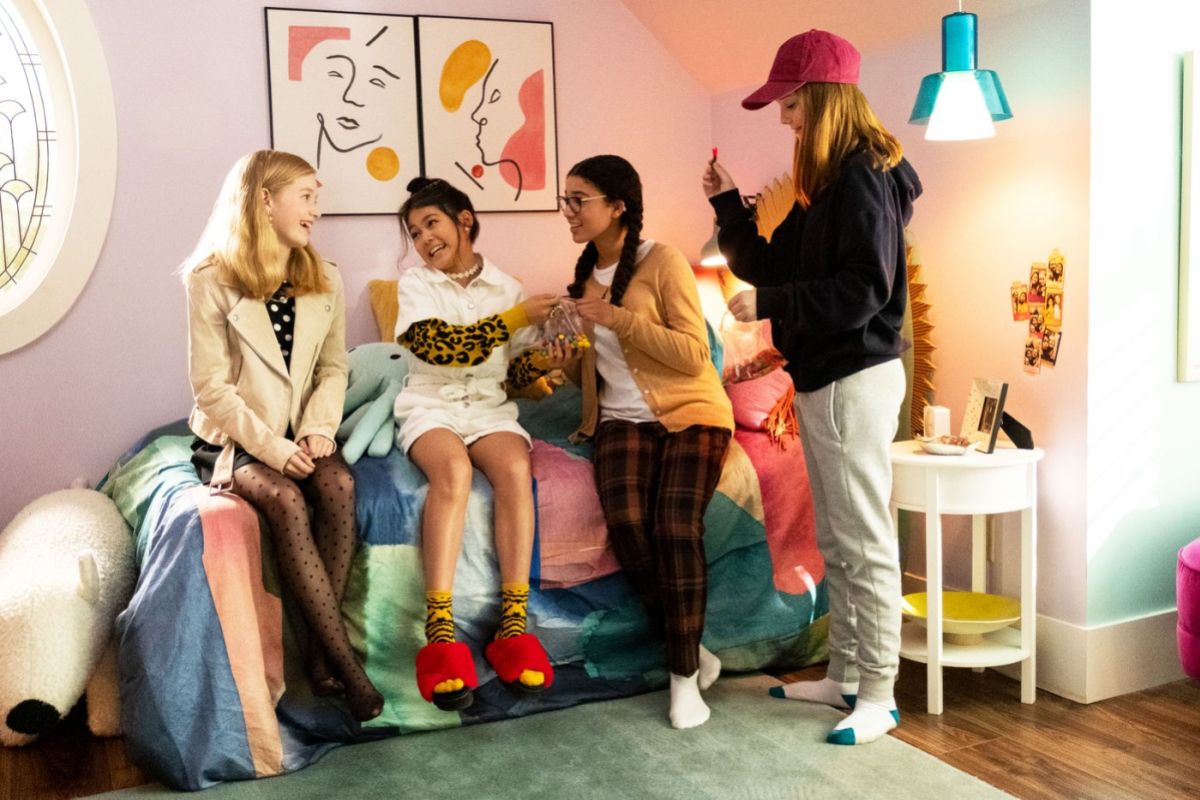 Netflix’s BSC adaptation is, to my surprise and delight, a faithful recreation of Stoneybrook, Connecticut and its resident squad of tween entrepreneurs where it needs to be, and a vital update of Martin’s world where Mary Anne is now the biracial daughter of a Black mom and a white dad who finds her voice by advocating for responsible trans healthcare for a trans girl she babysits, Dawn is a Latina activist who’s already got the language and skills she needs to educate her allies and disrupt institutional injustice, Claudia’s Mimi’s devastating past in a Japanese-American internment camp during World War II is juxtaposed to the Trump administration’s cruel and catastrophic family-separation crisis at the Mexican border, and Stacey’s type 1 diabetes is explored through the lens of trauma caused by cyber-bullying.

If that sounds heavy, it’s because growing up in 2020 is heavy, and kids don’t have the luxury of ignoring it: they’re inheriting unprecedented global crises on multiple fronts. There’s a paradoxical and essential gentleness in the series, too. Sure, these girls are name-checking Ruth Bader Ginsberg and dropping Michelle Obama quotes into every day conversation, but they’re also facing down regular middle school problems: crushes and periods and tests and dances and parents and a rival baby-sitting business. But even their most weighty issues are usually solved by the end of a half-hour episode (or sometimes two), with a little hard work, creative thinking, and mostly the power of friendship. 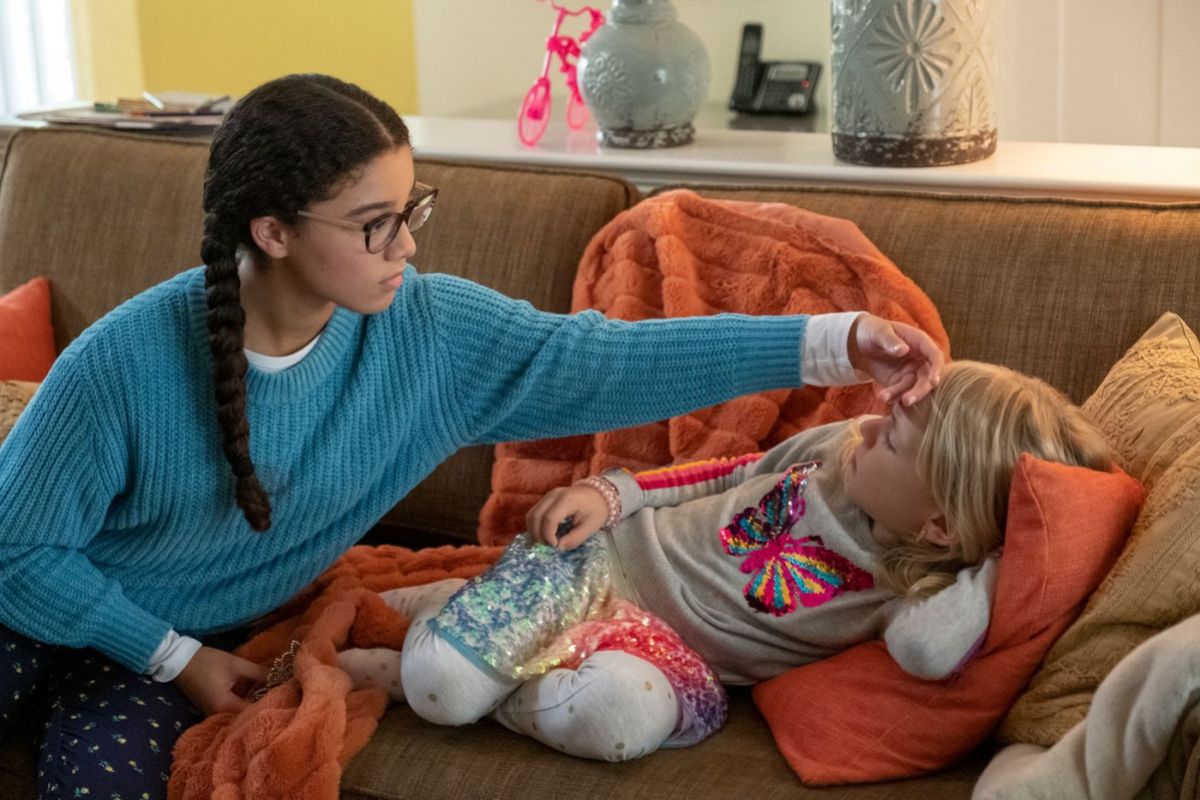 Another delightful thing about this BSC is how legitimately funny it is. Alicia Silverstone plays Kristy’s mom, a brilliant hook for ’90s youths, and the Clueless shout-outs are glorious. Kristy’s step-sister, Karen Brewer, is going through a “spooky phase” and forces Kristy to throw a wake for one of her dolls — “Should we close her eyes?” “No, it’s dark enough in the grave” — and later becomes obsessed with a murder-y ghost story at Camp Moosehead. (A welcome update from the previously named Camp Mohawk.) Dawn’s Aunt Esme is a witch — though, as Carmen, pointed out, the word bruja was right there! — who leads a “new moon share-a-mony” in the woods and calls Mary Anne “a Scorpio if she’s ever seen one” when she runs off after being asked to bare her soul. Marc Evan Jackson plays Mary Anne’s uptight, overbearing dad who nearly has a panic attack when he thinks Claudia and Stacey have invited the Queer Eye crew to redecorate his house. Dawn builds a barricade straight out of Les Miserables to protest income inequality at summer camp. And oh, so much more.

While I’ve had a nostalgic fondness for these books all my life, I’m not sure I could have told you, before this adaptation, why I think it’s so magical, why it’s captured the imaginations and hearts of generations of kids and teens. But watching it play out again, anew, I remembered. In a world that trivializes, dismisses, talks over, and ignores the concerns of women and especially girls, The Baby-Sitter’s Club bears witness. Maybe it’s a problem as enormous as climate change, or as low-stakes as blurting out “holla at moi” to someone you have a crush on: Ann M. Martin’s series legitimizes the things girls feel and deal with every day; grants them agency to explore solutions, learn how to set boundaries, resolve inevitable interpersonal conflicts; and offers them a safe bedroom filled with hidden junk food and their best friends see them through. 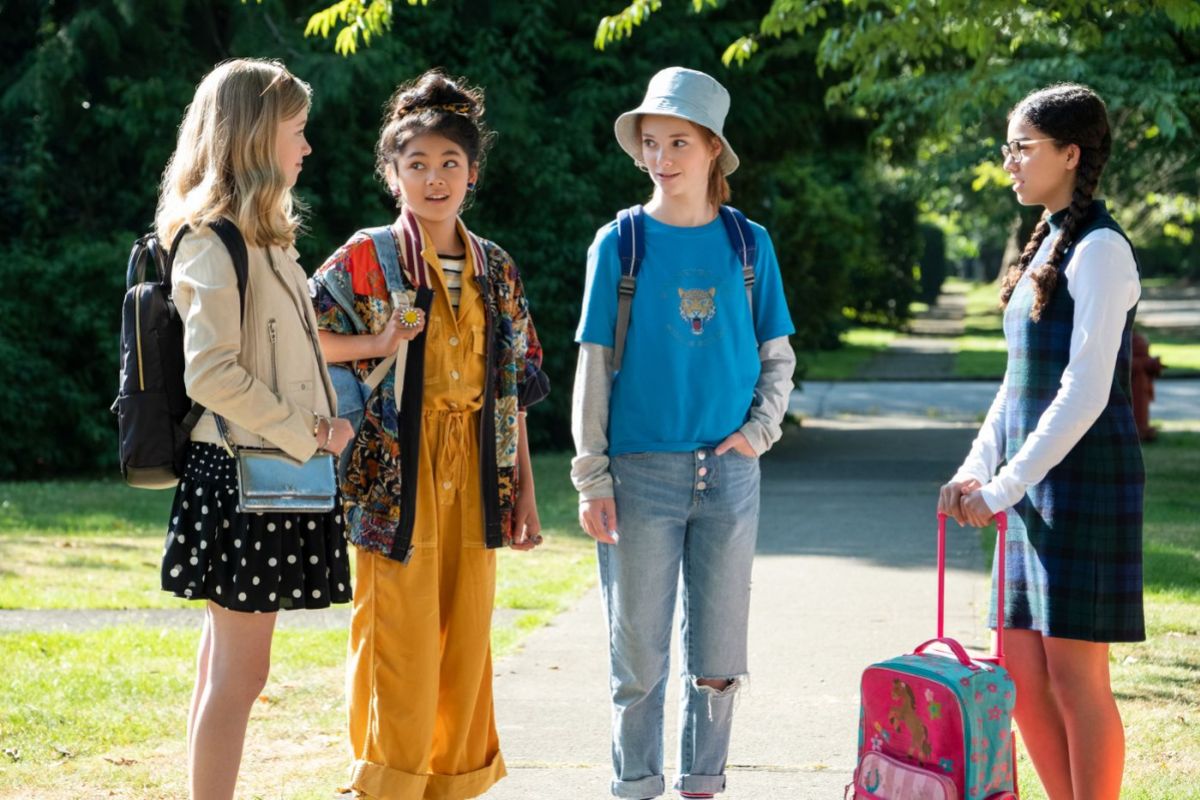 You want to know if these writers have answered the call and made Kristy Thomas a lesbian, of course. Not yet! She’s definitely the only member of the BSC who isn’t into boys, would rather have head lice (again!) than go to a school dance, thinks all women are just setting themselves up for disappointment with men, and has a lock on androgynous normcore. But there are other queers. Dawn’s dad is gay and in a relationship with another man. There are lesbian teachers. No one bats an eyelash at either of those things the same way Mary Anne understands that Bailey is a trans girl and doesn’t miss a beat in affirming her gender and advocating for her with adults who aren’t paying attention.

While J.K. Rowling, the wealthiest and most famous children’s book author on the planet, was going on another transphobic tirade yesterday on Twitter, I was watching Mary Anne Spier, who made her first appearance on my sister’s bookshelf in 1989, save the day. She called Bailey’s doctors, who were misgendering her, into the hallway of the hospital and demanded they listen. “I know you guys are busy,” she said, “but as you would see, if you looked at her and not her chart, Bailey is not a boy, and by treating her like one, you are completely ignoring who she is. You’re making her feel insignificant and humiliated, and that’s not going to make her feel good, or safe, or calm. So, from here on out, please recognize her for who she is.”