In My Top 10 Television Characters, various members of Autostraddle’s TV Team will be telling you about the TV characters nearest and dearest to our hearts, EVEN the ones that aren’t lesbian/bisexual/queer. Today, TV Team’s Valerie Anne reluctantly picks between her favorite children even though it was emotional torment for her.

I’m starting to think I’ve done something wrong to be punished with being forced to choose “Top 10” anything. And yet time and time again here I am, forced to narrow my life’s passion down to a mere TEN choices. It’s impossible! Impossible. I put it off as long as humanly possible but here I am with a list. I’m positive I missed very important characters, since I’ve watched and loved hundreds of TV shows in my life, but these are ten that I wish to speak about upon this day.

10. Every character Katie McGrath has ever played. 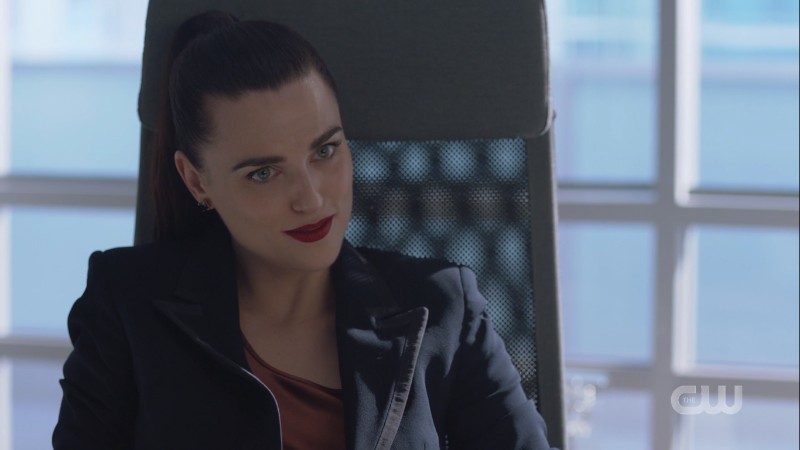 YES I’M CHEATING RIGHT OUT OF THE GATE DON’T @ ME. But here’s the thing! Over the course of her career, despite her IMDb list not being particularly long, she has played such a wide range of characters — and specifically, my favorite kind of characters — that I couldn’t possibly fit just one. In fact, I think you’ll come to see a theme in this post of two archetypes specifically (“hard shell/gooey center” and “like me”), and she has performed both of them perfectly on many occasions. And so, so many of them queer. My top three K’tay McGrawww characters are Lucy Westenra from Dracula and her soft longing and dedication to/unrequited love for her best friend; Saskia from Secret Bridesmaids Business with her brash tongue and hard outer shell with a soft gooey center and her dedication to/unrequited love for her best friend; and Lena Luthor on Supergirl with her boss bitch attitude, genius brain, fierce outfits, and dedication to/unrequited love for her best friend. 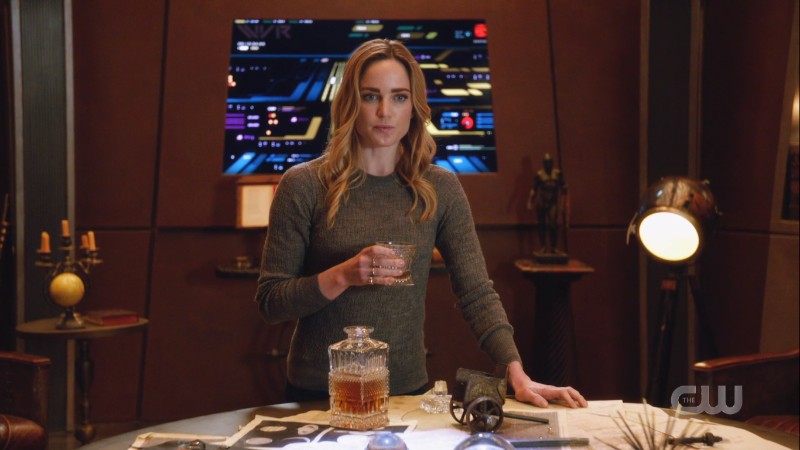 Over the course of her eight years in the Arrowverse, Sara Lance has made one of the most impressive journeys of any character, let alone one who started as a presumed dead socialite on a vigilante show about a grumpy man. She was a closed-off assassin, a vigilante, a dark soul with a dark outlook. Then she was a vigilante learning how to be a better friend and sister. Then she was a smart-mouthed time traveler who shot from the hip and played the field. All the fields. And now she’s a compassionate leader, a Paragon of Destiny, a loyal friend, and a loving girlfriend. She stayed hard in the places that help her be strong for the people who rely on her (and also her arms), but is no longer afraid to show her soft side either, because she knows there’s strength in that too. Plus she’s died like a hundred times and it never sticks, because Sara Lance is a bisexual badass who will defy anything she has to, whether it’s literally the Death Totem or figuratively the Bury Your Gays trope.

8. Elena Alvarez, One Day at a Time 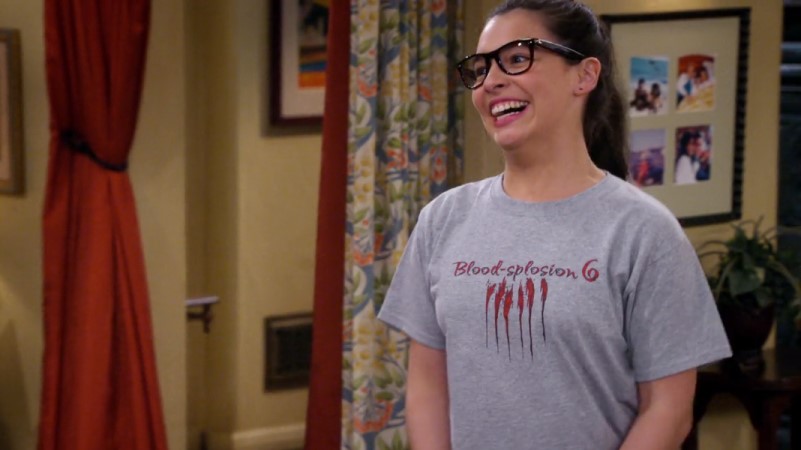 I’ve said it before and I’ll say it again: Elena Alvarez is the teenager I never got to be. She’s the teenager inside of me now. Our lives look pretty different on paper, but we have some fundamental things in common. We both love learning and get very passionate about the topics we care about. We’re both huge nerds who love sci-fi and video games. We both put too much pressure on ourselves to be Good — good at things, and good people. We both have little brothers who annoy us to no end but who we’d do a murder for. We’re both gay! Though that’s not a thing I was ready to confront about myself in high school, so I ended up keeping a lot of those other things about me tamped down, too. Not open the Pandora’s Box of my personality. So Elena is equal parts healing my teenage self retroactively, and also bringing me so much joy for the teenagers who will be able to point to Elena being adorable and gay on their TVs and say, “Me gay, too.” 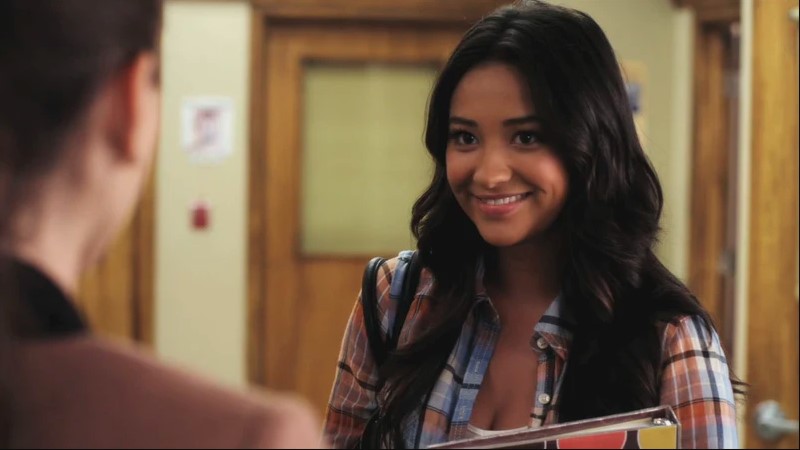 Emily Fields came to me on the heels of my own coming out journey and she felt like a gift. “Oh you came out to your parents? Here’s an adorable lesbian for you to bond with people on the internet about. Emily herself was that kind-but-tougher-than-she looks type I’m drawn to — and also had that dedication to/unrequited love for her best friend I love so much. Pretty Little Liars changed my life in ways you wouldn’t think a chaotic teen drama that blurred the lines of reality could. But even ten years later, I still remember feeling that flutter of my heart when Emily and Maya got into the photo booth together. And I still make the jokes we all made in our #BooRadleyVanCullen days. 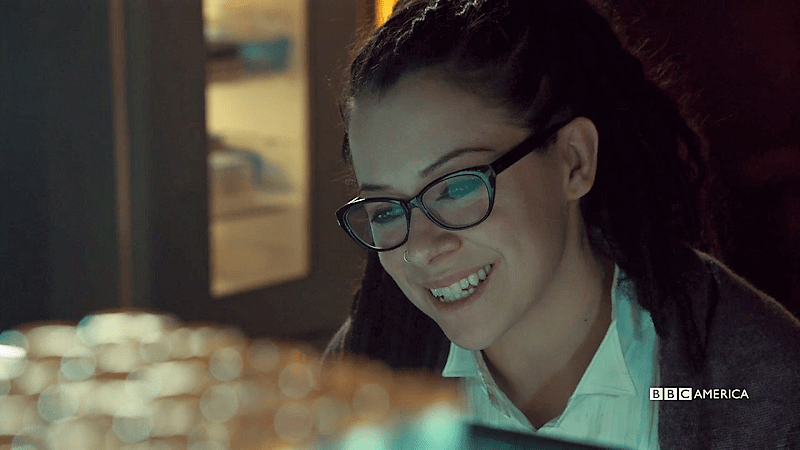 It almost feels silly to have a favorite clone, since they’re all so brilliantly portrayed by Tatiana Maslany, but Cosima was it for me. She technically falls into the “like me” category of my favorite types of characters, though we’re not exactly the same. She’s sarcastic and very go-with-the-flow most of the time, but like a dog with a bone once she’s fixated on something. Prone to kindness but defensive about the people and things that she loves. She’s quicker to forgive than to forget, and her mind is wide open. All very relatable. But she’s also confident and flirty and unafraid in ways I aspire to. 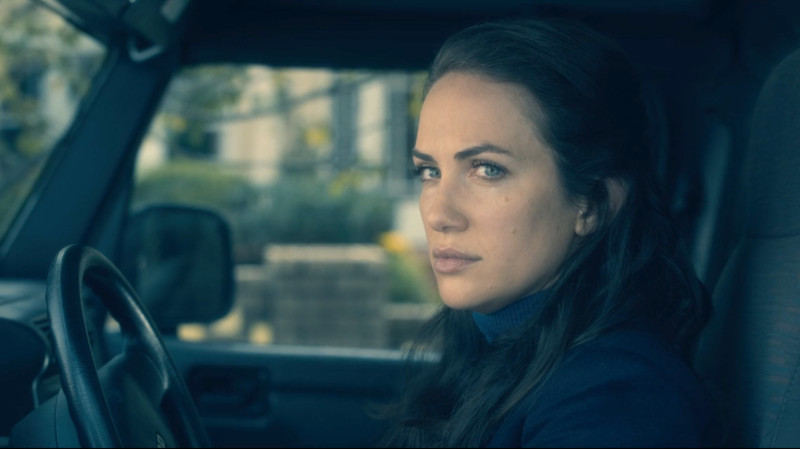 I wrote a whole essay about Theo Crain because while on the surface it makes sense she’s on this list because she fits that tough on the outside, gooey on the inside archetype, it goes deeper than that. I’ve never seen being an empath portrayed so accurately, even though it was heightened to a metaphor. She puts up walls, not to keep people out so much as to protect herself, and gives more of herself than she’d ever let on. 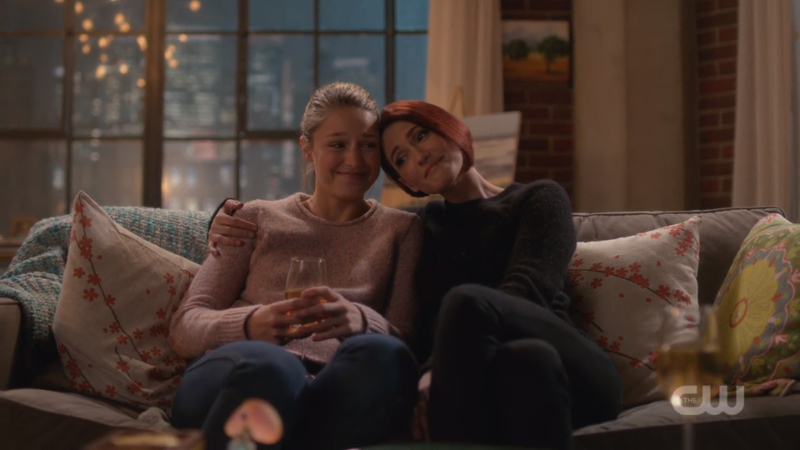 Hi there I’m cheating again HOW’MEVER hear me out: Kara and Alex Danvers both have characteristics that are fundamental to who I am, and also characteristics that are so different from me I find them compelling to watch. Alex has that big sister energy and is loyal almost to a fault. She’s smart and gay and hard on herself. Those are all things I relate to. But she’s also a natural and skilled leader, occasionally quick-tempered, and can take things too seriously sometimes. Those things I find fascinating in someone who has so many qualities I relate to, since I don’t relate to those. Kara Danvers also has traits I see in myself: a relentless optimism and penchant for hope that can be exhausting to maintain, something I’ve never seen on TV before quite like this. She goes all in when she loves something or someone, and she will always put others before herself, occasionally resulting in her taking too much on alone. But she also has things I can’t fathom, like her confidence in herself and her abilities. Together they make a duo I love watching, especially because they embody one of my favorite principles: Blood doesn’t make a family, love makes a family. 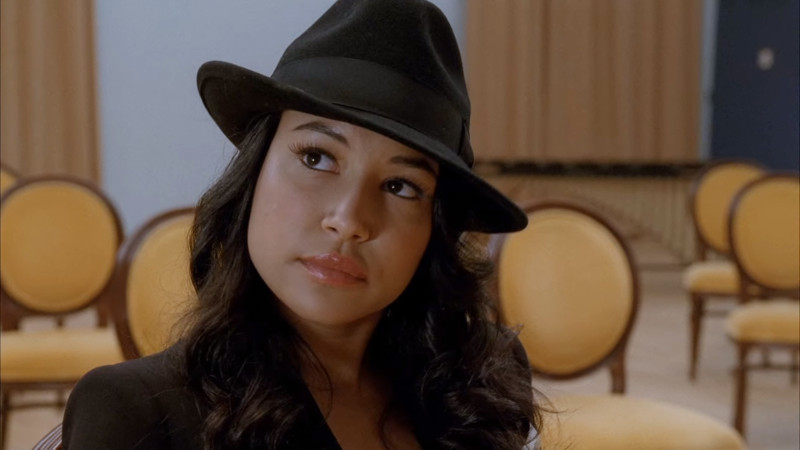 Santana Lopez was such a unique character. She falls squarely in the role of “hard shell, gooey center” but she took it to a new level. She was “mean” but she wasn’t a villain, not really. Coming out didn’t make her less snarky, didn’t magically “fix” her quick wit and take-no-shit attitude. It was a little “I was mean because I was closeted” — maybe she lashed out at times she wouldn’t have otherwise. But once she came out she could still tear someone down with her vicious, vicious words when she needed to, then go sing a soft ballad to her girlfriend in the choir room. Naya Rivera played Santana with such a confident energy, head held high and saying every word without hesitation or a second thought. Even though I am so, so different from Santana, and sometimes can’t even make a sassy joke to a close friend without immediately apologizing, I was drawn to her like a moth to a flame. And you know how she was so kind to Sweet Marley Rose, especially when she found out Kitty was bullying her? I think that’s at the root of what I want here. I want to be the Sweet Marley Rose to someone’s Santana. I love to be the one person the tough-as-nails girl is soft around. Plus, Naya’s singing skills were next-level. And I hope someday I can listen to those songs again without my heart breaking. 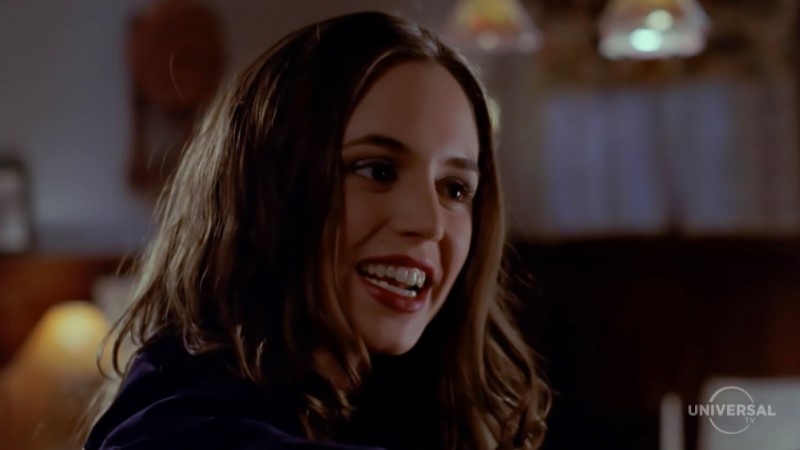 I’m not really doing the math here but I feel like I’m leaning more toward the “hard shell, goey center” type and it all started with Faith. Maybe there aren’t as many “more like me” characters out there, but even on Buffy alone, there was Willow. So at a formative age, I was presented both paths, and when I got to this second slot and knew I had to choose between them, it didn’t take long to decide. Maybe it’s because there’s more baggage when it comes to watching characters that are more like me, maybe it’s because I’m extremely gay and all I want is to be a Slytherin’s Hufflepuff. But I’ve loved Faith since the moment she appeared before my 11-year-old eyes. In fact, when I came out to my dad, he was like, “Yeah I know” and when I asked how he knew, he used Faith as evidence. There have been many Faith-like characters I’ve been drawn to over the years — Jessica Jones, Ashley from South of Nowhere, Sarah Manning from Orphan Black, Dutch from Killjoys — and it all comes back to the Slayer the Council Forgot. Also I will probably always hold a little grain of resentment for the Scooby Gang for how they treated her; all it would have taken was a little bit of sympathy and a lot less judgement and Faith could have been redeemed a lot sooner. 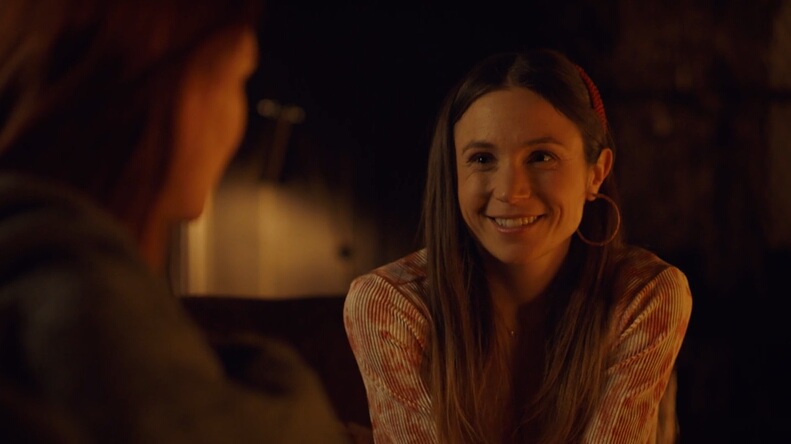 Picking a #1 is hard because a) I hate absolutes b) how can I choose between a character I’ve loved for 22 years and a character whose journey is still unfolding, but when it came down to it, it had to be Waverly. Granted, Wynonna herself has a lot of the Faith aspects I love and is definitely up there in one of my favorite characters of all time, but I already chose the Danvers’ sisters as a duo and don’t want to get fired for my inability to follow simple listicle rules. But Waverly is perfectly imperfect and I love her. She was a good, smart kid who felt left out, left behind, like she didn’t belong. She did everything she could to prove herself, until finally she found a thing she was good at and a group who appreciated her for it. She’s constantly trying to figure out who she is and where she fits, all while being kind and dedicated and passionate. If you ever want to know what it’s like to be a relentless optimist with a lifetime of underlying depression, watch the episode of Wynonna Earp called “Jolene.”

Where to stream gay TV:

sign up for our newsletter
Related:Lists/Top 10sMy Top 10 Television Characters

Valerie has written 282 articles for us.