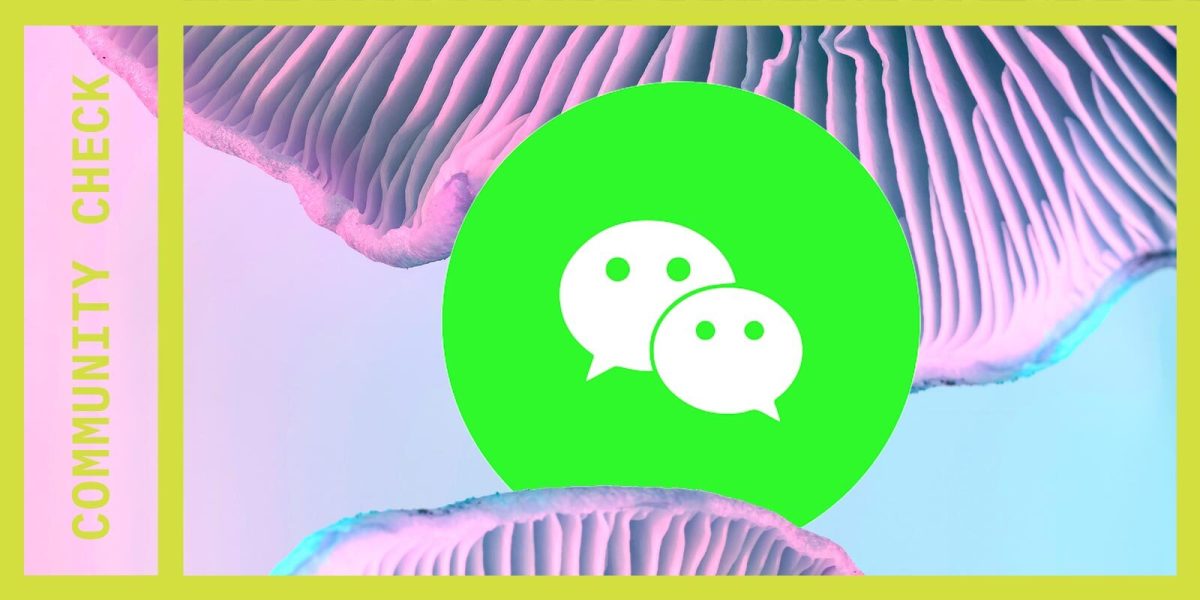 Like many young adults, for me COVID-19 redefined what moving into your parents’ house after graduation looked like. The rupture of globalism meant that I had to give up my cheap downtown apartment in Taiwan and go back to the United States, my passport nation, for an indefinite period of time, living in my family’s house in suburban New Jersey and having to deal with a mother who is not supportive of my queer identity. Participating in her diaspora mutual aid WeChat group helped me learn how far diasporic people will go for strangers sharing a common language when governmental aid fails.

In late March, my mother and I were relaxing after dinner in the living room when her phone went off, her phone OLED screen showing a new notification from WeChat. The app is ubiquitous in China, used for everything from paying for utilities to ordering food to video chatting grandma, but rarely used anywhere else in the world besides by the Chinese diaspora. My mom, like so many other Chinese moms, spends all her free time on the app, texting her parents or my dad and watching Chinese dramas.

This message was a little bit different from usual family updates. When she read it, I could see my mom’s hesitation through her immediate brow furrow. “Lei Ke’s mom wants me to organize her mutual aid NYC group,” was essentially what she said to me offhandedly in Mandarin, before typing furiously on her phone. Lei Ke was my cousin’s roommate from graduate school, and I hadn’t thought about him in a solid six years. I didn’t really think much of it at first, just smiled a little bit on her and went back to scrolling Twitter. But in the next few days, I was astounded by the sheer investment of everyone in the group and the ways they would move mountains to make sure strangers were taken care of.

That same night, I went to sleep with my hair wet – a big no-no in Chinese superstition – and woke up the next morning with a slight dry cough. Uh-oh. When I told my mother, she panicked, and immediately reached for her phone. I didn’t really understand at the time, but because of her involvement in this WeChat mutual aid group, she had dozens of doctors at her fingertips. These Chinese doctors had seen so many cases of COVID in China that my mother trusted them; a few were Chinese traditional medicine doctors as well. The existence of the group, my mother explained to me, was because Chinese mothers who had children studying in the United States were worried about the kind of care they could get in the American healthcare system. They’re not wrong, I thought, snorting.

My mom took my temperature and took pictures of my tongue, and reported it all to the person across the ocean on her phone. Luckily for me, the doctors on her phone told me that I didn’t have COVID, as I was missing the tell tale thick white tongue that COVID-19 patients had. However, they told me my qi was too hot, and to cool down by drinking herbal tea and eating less fried foods. My mom brewed me ginger tea and a few days later, I was glad the acne around my mouth had begun to calm down.

In the next week, my mother’s WeChat group really took off – she started getting overwhelmed. Something that started as a simple favor from a friend’s mom turned into hours of organizing people after dinner, moderating the chat, and contacting doctors. After someone faked symptoms and wasted hours of our time – for a reason I really can’t imagine – my mom asked me to join the group and help her moderate and organize. I did it willingly, after seeing my mom stay up until 4am trying to deal with the onslaught of messages and requests to join.

My first experience helping a sick patient was when a migrant worker in Flushing joined the WeChat group, asking for help treating his COVID symptoms. The man spoke almost no English and had no family to help him – he was all alone. WeChat doctors diagnosed him, a Chinese American doctor in California prescribed him medicine, and pharmacists Fedex’d him the medicine for overnight delivery. When Fedex, understandably, continued to delay the delivery of the package, Chinese people from all over the world began to zap Fedex’s phone line to help a total stranger. They overwhelmed Fedex with calls, begging them to deliver doctor prescribed medication immediately to a sick man living in a hotel. Fedex delivered the package the next morning. For me, that phone zap and the entire mutual aid group was an amazing act of solidarity. It pulled together Chinese people living in China and the United States and allowed them to contribute in ways they could, whether it was through American doctors prescribing medication or even a phone zap that one could do while quarantined and 5,000 miles away. In a never before experienced pandemic, the resources and grit of ordinary people succeeded when governmental aid and directives failed.

At time of writing, the group has helped more than 20 Chinese immigrants recover from COVID-19. WeChat has a cap of 500 members to a group, and the NYC group has been at capacity for three weeks. Every time someone leaves, someone new will join. I wake up and use my Chinese skills to moderate conversation, terrified about pressing the wrong character, but still happy about my usefulness.

The ongoing political tension between the United States and China has forced Chinese Americans into an enemy, alien narrative they don’t want to be put in. My mother’s WeChat mutual aid network is a project of diaspora activism. It shows that despite governmental narratives and propaganda pushing China and the United States to a virtual cold war, Chinese people and Chinese Americans are solidly rejecting the need to choose sides. Instead, they spend so much time taking care of strangers across the sea, united by only a common language. These days, even though I fight a lot with my mom under her roof about her inability to accept my queer identity, I’ve begun to admire and respect her activism.

If you are interested in joining this group, you can email Rita: wangwrita [at] gmail [dot] com

Rita Wang is a freelance writer with a degree in Women's, Gender and Sexuality Studies from Yale. She loves writing about Asian American issues and leftism.

Rita has written 1 article for us.