“Bra” is an abbreviation of brassiere, a French word with a restless and (mostly) breastless history — it comes from the Latin bracchium, for “arm,” via Old French braciere or “arm guard.” The French brasseire originally meant a military chest plate, and today is generally used to denote a baby’s undershirt or a life preserver. Along the way it briefly meant a particular type of undergarment, but the most common French word for “bra” today is soutien-gorge, or literally “breast-supporter.” That straightforward descriptiveness is true of most languages — in Esperanto a bra is a mamzano or “breast-belt,” and it’s a BH, or bust-holder, in German, Swedish, Danish, and Dutch. And English-speakers might be going BH shopping too, if not for a French actress, some enterprising advertisers, and the miracle of rubber thread. 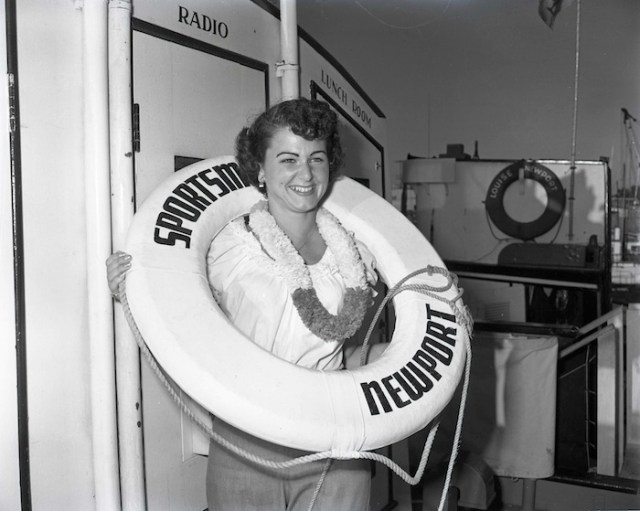 OH I SIMPLY LOVE YOUR BRASSIERE

Sarah Bernhardt has been called “the most famous actress the world has ever known” — partially because she spent a lot of time on extensive and lucrative tours of said world. For one of her most famous roles, as Tosca in La Tosca, she was costumed in “directoire style,” which combined the “narrow, sleek lines and a higher waistline” of 18th century French fashion with more 19th-century corset designs. By 1893, those in the know in America were style-thiefing Bernhardt, which required a particular type of corsetry. As explained by a columnist for the Syracuse Evening Herald, “those ladies who wish to be in the real absolute fashion are adopting for evening wear the six-inch straight boned band or brassiere.” 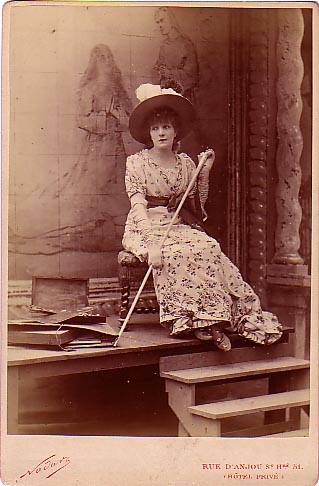 That’s the first recorded use of the word in an American publication. The word didn’t catch its real stateside break until 1904, when the DeBevoise Company decided to spice up its selection of “bosom supporters” and “foundation garments” with a product that sounded less utilitarian and more, well, French. Their rechristened and well-advertised line of brassieres sold well — wouldn’t you prefer a Cambric Brassiere to a Cotton Mesh Bust Confiner? — and soon other companies had followed suit. 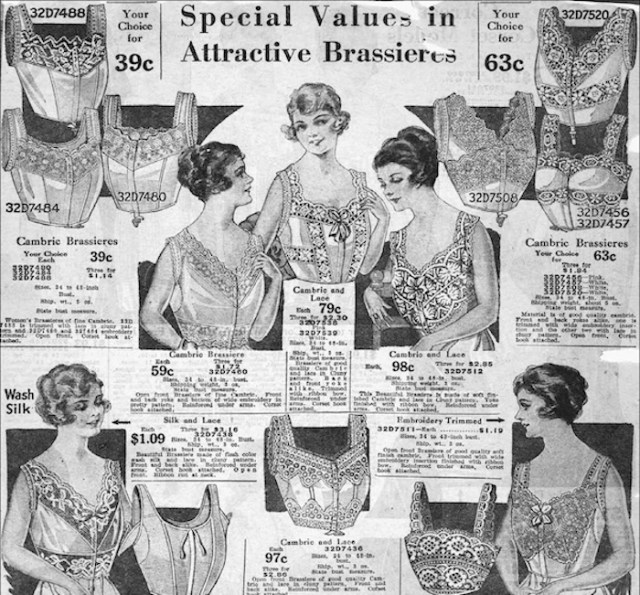 This rebranding overlapped with a change in attitude — the corset, in vogue for three centuries, was slowly being replaced by designs that were less restrictive and more supportive. In 1889, French inventor Herminie Cadolle introduced le bien-être (“the well-being”) — a two-piece gizmo with one part that squeezed the waist, and one part that held breasts up via shoulder straps and “rubber thread.” By 1905 the upper half was being sold on its own, often under the name brassiere. Within a decade, corset vs. bra was no longer just a linguistic preference. The two weren’t just different garments — they represented entirely different ideologies. Everyone from dancer Isadora Duncan to designer Paul Poiret “rebelled  against the corset, which was becoming a potent symbol of women’s oppression.” 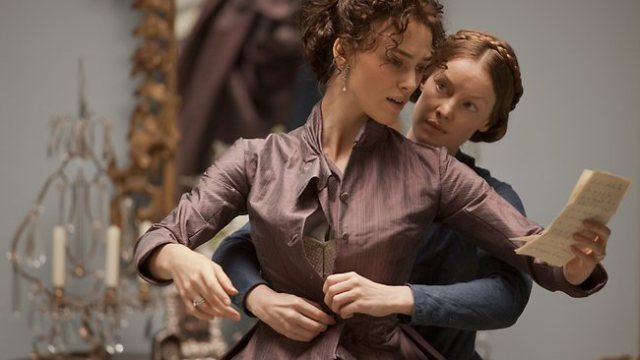 AS DEMONSTRATED BY KEIRA KNIGHTLY IN SO VERY MANY FORMATIVE SCENES.

Brassiere became a legally recognized term in 1914, when Mary Phelps Jacob patented her design — which, legend has it, she came up with after improvising with a ribbon and some handkerchiefs, because her go-to corset wasn’t cutting it under a sheer evening gown. As the brasseire blew up, the word got snipped down in the Great Abbreviation Wave of the 1930s (Gr8 Abbrev ~ ’30s), suffering the same fate as pajamas and “sealed with a kiss”. By 1932 everyone was calling it the bra. 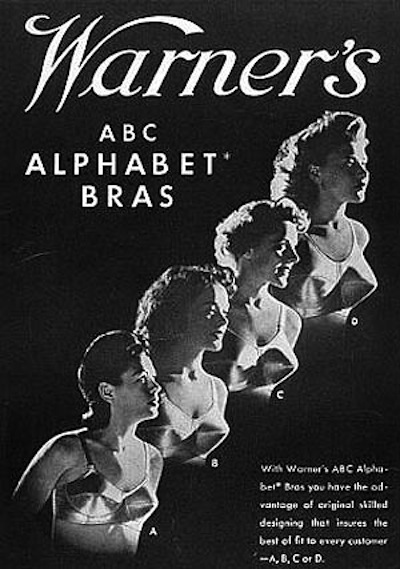 And we haven’t stopped! Though we’ve expanded our repertoire to sports bras (originally “jogbras”) and training bras (a phrase that still makes me laugh), and borrowed from the French again with “lingerie” (which also makes me laugh… soon we’ll strip it down to “linge” and have to steal a whole new word), “bra” has kept its shape for nearly a hundred years. And it’ll probably stay strong for another hundred, unless the male models take it away.

This has been the thirty-third installment of More Than Words, where I take queer words of all sorts and smash them apart and see what makes them tick. Every week I dissect a different word, trying to figure out where it came from, how it has evolved, where it might be going, and what it all means. It’s like reading the dictionary through a prism. Feel free to send word suggestions to cara@autostraddle.com.