Identity terms have really hard jobs. Seriously, think about all the things they have to do! There’s that private shine the right one is supposed to have when you call yourself it in your head. There’s the categorical meaning they’re supposed to take on when you use them to describe yourself to other people. And then there’s the baggage each drags along — the baggage of connotation and etymology, baggage that can be useful and positive (when it reminds us of shared community and shared history, for example) or negative (say, when it’s used to stereotype). At some point, privately or publicly, every well-examined word struggles under the pressure. And there’s no group better at thorough public examination than us QUILTBAGs. 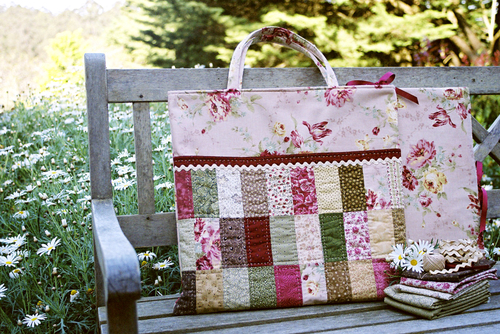 At the moment, the word “bisexual” is in the cooker — and its case throws those warring pressures (of community and individual identification, and of cultural and etymological history) into sharp relief. Which means it’s a great time to map those pressures out. Let’s take a look.

“Bi” as a prefix or infix comes from the Proto-Indo-European root *dwo, for “two.” This became the Old Latin *dvi and then Latin bi, which survived the transfer to English intact. You could even say it thrived — it shows up everywhere from biathalon to bivalve to labia (which come in pairs, after all). 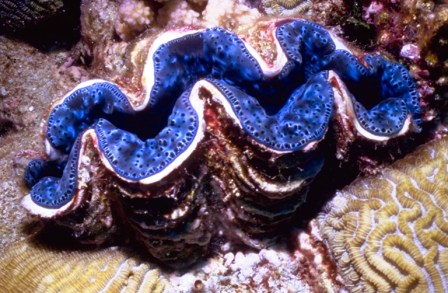 No recorded use of “bisexual” exists until 1824, at which point it meant what intersex does now. The term was repurposed to mean “attracted to both sexes” in 1892, when neurologist Charles Gilbert Chaddock wrote an English translation of Richard von Krafft-Ebing‘s Psychopathia Sexualis. (The Psychopathia Sexualis is a collection of 238 case studies of sexual behavior that — in the process of positioning all non-procreative sex as perverse — also managed to popularize the words “masochism” and “sadism.”) 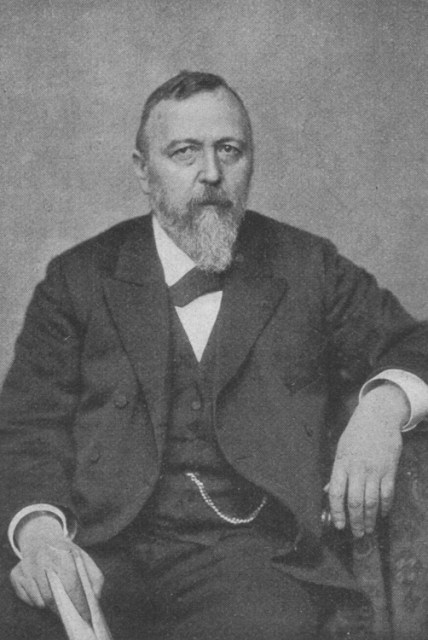 The term didn’t come into wide use until the 1950s (DSM III?). In the meantime, people (generally psychologists) proposed alternatives, including “ambisexual,” coined by S. Ferenczi in his 1916 book Sex in Psycho-Analysis, to better “connote that we understand by this predisposition, not the presence of male and female material in the organism (Fliess), nor of male and female sex hunger in the mind, but the child’s psychical capacity for bestowing his erotism, originally objectless, on either the male or the female sex, or on both.”

Early usage of this word — like most sexuality-related words — was largely clinical. Psychologists threw it around more than the people it was supposedly describing. In 1910 Freud published his infamous theory of “innate bisexuality”: that all humans are originally predisposed to be non-monosexual, but “in the course of development” become heterosexual, as long as everything goes according to plan (this theory — like most sexuality-related theories! — was based on dubious science, incorrect conflations of sex and gender, and societal influence, but was pretty popular in its day). Freud’s contemporary, Wilhelm Stekel, actually took Freud’s theory and used it to argue that bisexuality is a more “natural” state, but his theory got less traction. In 1948, Kinsey published his Scale, which, though also oudated, vanguarded a “breathtaking assault on the hetero-homo divide.” (Kinsey himself didn’t use the word bisexual in his work, because he felt it “implied a biological origin of bisexuality rather than a psychic one.”) 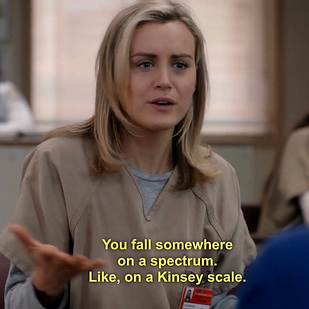 As usual with queer identity labels, instances of bisexual self-identification reached a critical (recorded) mass around the same time as LGBT rights movements took off — and it’s easiest to trace the word’s spread via the people who led those movements. Stephen Donaldson (aka Donny the Punk) began identifying as bisexual in 1966 after spending years as a gay activist. Maggi Rubenstein, then a nurse at at a San Francisco LGT health center, came out in 1969 during a staff meeting, which inspired her workplace to become an LGBT health center.  Throughout the 1970s, bisexual advocacy groups were formed in major cities around the United States. A Quaker group called the Committee of Friends on Bisexuality published “The Ithaca Statement on Bisexuality” in 1972 in The Advocate, marking the first time a US religious institution had acknowledged bisexuality. In 1978, Fritz Klein, a psychologist AND a self-identified bisexual person, published The Bisexual Option (1978). In the book, Klein “drew the conclusion that sexuality defies rigid, well-defined categories; still, he worked throughout his life as a bisexual activist,” eventually later founding Bisexual Forums in New York and San Diego, along with the Journal of Bisexuality and the American Institute of Bisexuality. 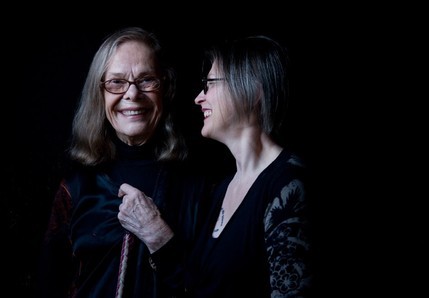 Lately, some people have started looking around for a different term. The main concern for most people is that, because many people identify outside of the gender binary, the “bi = 2” part of the word is becoming less and less relevant, and potentially exclusionary. This conversation is loud on Tumblr, where people have proposed alternatives, and objections to those alternatives (“Go Home Biphobia” has a good rundown of both). Some people are looking for this word to describe themselves; others seek an umbrella term that can be used to refer to all people who don’t identify as monosexual. The golden egg would be a word that wasn’t defined in opposition to another group (i.e.”non-monosexual”), didn’t privilege sexual attraction over other types of attractions, and avoided current prefixes (such as bi-, pan-, and poly-) that are used already. Shiri Eisner, a longtime bisexual activist, told me that if an alternative is necessary she recommends “multi-spectrum,” which she considers “as close as it gets to an elegant and inclusive solution.” Our very own Stef uses the word bisexual to refer to the community as a whole, but prefers “sexually fluid” for herself, because “it seems hard to pick a word to describe something that has the potential to change, so describing that change instead makes more sense to me.” 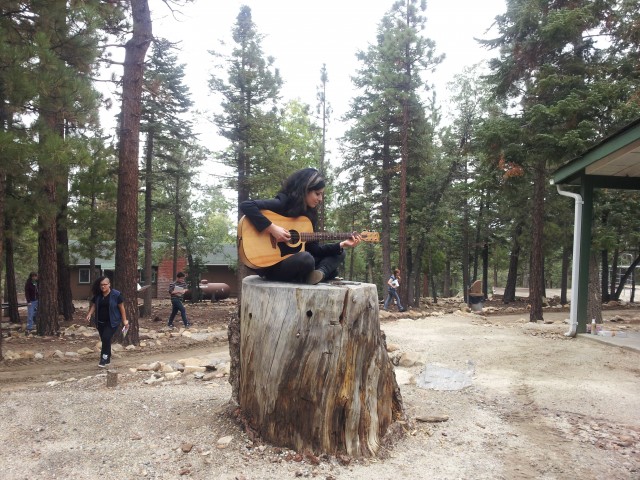 UMMM STEF CAN CALL HERSELF ANYTHING IF SHE CALLS ME, AMIRIGHT

At the same time, it doesn’t make any sense to assume that bisexual people are really attached to the literal meaning of the word — as the Bisexual Resource Center puts it,  “no one would say that miserable people can’t be “gay” because they’re not happy or upbeat all the time; nor are lesbians [only] women who hail from the Greek island of Lesbos.” Literal-historical translation of a term — especially a term invented by medical professionals in order to diagnose several different things that used to be considered diseases — should not be considered that term’s primary meaning. And the push specifically against “bisexual” is surprising, especially since there are so many other words and identities out there that technically imply that a binary exists (it’s also worth pointing out that there are plenty of bi people who themselves identify outside the gender binary). Just because news outlets have had a little trouble catching on in no way negates the way actual bisexual people define their own identity. Eisner told me that although she agrees that “umbrella terms need to be as inclusive as possible, and that words that feel exclusive to people should be avoided, I still find it suspicious that so many people want to dissociate themselves from bisexuality… I find that, a lot of the time, this feeling is based in biphobic notions, such as that bisexuality is always and inherently oppressive (towards any other groups, and especially trans* people, and pansexual, polysexual and omnisexual people), and that it’s never viable as an identity word.”

In order to strike a balance, many people who identify as bisexual take care to define the word for themselves publicly. Robyn Ochs, who has been a bisexual activist for over thirty years, has a page on her website where she does just that: 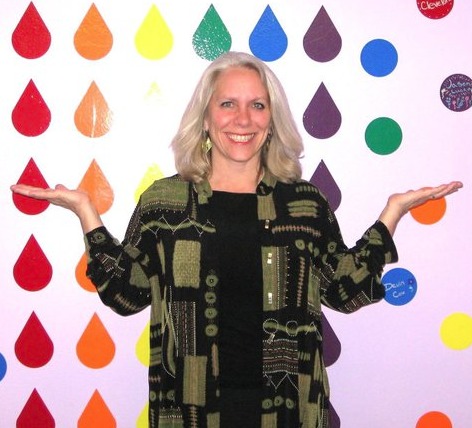 Eisner told me that she “hopes that “bisexuality” will become accepted some day as the umbrella term.” To her, the word is dense with implications that reach far beyond attraction:

“At the basis, bisexuality means to me attraction to people of more than one gender, or to people of genders similar to and different from mine. But that’s just the basis. Identifying as bisexual for me also means resisting biphobia and monosexism, it means rebellion in heteronormativity, patriarchy and cissexism, it means solidarity and identification with all bisexual people, and with queer and trans* people as a whole. It also connects me in solidarity with other marginalized groups… ultimately for me, bisexual identity is about resisting all hierarchies and seeking liberation for everyone. In a very personal sense, in my life, bisexuality has meant accepting myself as different from social norms, celebrating that difference and subverting the norm itself.”

Bisexual people have suffered disproportionately from invisibility, erasure, biphobia, terrible representation on The Real L Word, shockingly low emotional and physical health, and even worse New York Times headlines than most identity groups. The bisexual community struggled for decades to reclaim a word in order to describe an identity that still slips through the cracks. While communal quests for inclusivity are noble — and it would be great to find an umbrella term that all the people it covers want to stand under — we have to make sure that, in searching, we don’t negate that history. Because identities are, y’know, more than words. And words are more than the sum of their parts.

***Many thanks to Rachel for this idea!

This has been the thirty-fourth installment of More Than Words, where I take queer words of all sorts and smash them apart and see what makes them tick. Every week I dissect a different word, trying to figure out where it came from, how it has evolved, where it might be going, and what it all means. It’s like reading the dictionary through a prism. Feel free to send word suggestions to cara@autostraddle.com.