While most people may not have heard of Southaven, Mississippi, it’s now become the latest in the long line of Places Whose Republican Political Representative Has Been Outed. Greg Davis, the mayor of Southaven and unsuccessful candidate for a Congressional position back in 2008, has made his political career so far on a “conservative, family-values” platform. Recently, he also spent thousands of dollars of taxpayers’ money on “liquor and expensive dinners” — as well as a full $67 at a Toronto shop that “caters to gay men,” called Priape. Davis says he “does not remember” what exactly he purchased there, but does admit that he is a member of the demographic that the store apparently serves:

“At this point in my life and in my career, while I have tried to maintain separation between my personal and public life, it is obvious that this can no longer remain the case,” Davis told the newspaper in an interview at his Southaven, Miss. home last week. “While I have performed my job as mayor, in my opinion, as a very conservative, progressive individual — and still continue to be a very conservative individual — I think that it is important that I discuss the struggles I have had over the last few years when I came to the realization that I am gay.” 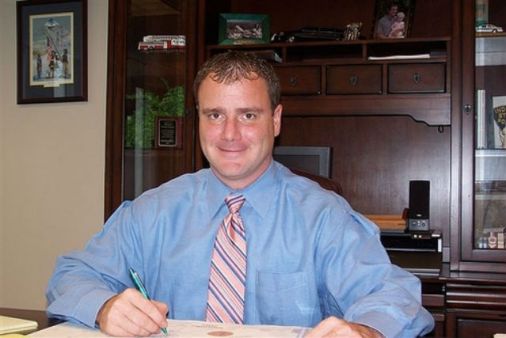 The National Post observes that as both a sex shop and a “gay lifestyle” store, Davis could have spent $67 of municipal funds on any number of things:

Billed as both a sex shop and a lifestyle boutique, the shop sells everything from latex fetish gear to non-pornographic gay films and books. For $67, Mr. Davis could have walked out with anything from a couple of hard-core pornographic DVDs to a stylish T-shirt.

So far, Davis has repaid the city $96,000 of what were apparently city funds used for personal use, the majority of which seem to have gone towards non-gay-sex-shop purchases, and more run-of-the-mill inappropriate expenditures, the specifics of which he says he cannot discuss on his attorney’s advice.

According to the (extremely unofficial) communal ethics of outing someone, the rules state that while it’s generally an extreme violation of someone’s privacy in the public eye, it’s permissible when the person in question is operating from a platform of “conservative family values.” It’s unclear whether Davis’s mayorship has been actively anti-gay, or tended more towards fiscal conservatism, but it seems safe to say that his voter base will be surprised and likely dismayed by this development. His church, Heartland Baptist Church, is also attended by an ex-gay author — Kathy Bailey of The Full Circle of Coming Out, as noted again by the National Post. Davis also attended church with his wife, Suzann, to whom he was “happily married.” There does not seem to be any word on how Davis’s marriage will be affected by this announcement; he said only that he would like “the community as a whole to allow me to let this part of my life be entitled to privacy.”

So far, virtually all of the media coverage of Mayor Davis’s indiscretions (including this coverage, to be fair) has taken the angle of a conservative politician being embarrassingly outed in front of his community. Which is factually true. But it only took $67 to out Greg Davis, out of the $170,000 of taxpayers’ money that he spent on himself. As Out put it, “Isn’t the real issue all the money he took from Southaven?” Other Republican politicians have been outed with considerably higher (and more melodramatic) stakes, like getting pulled over when driving home drunk from the gay bar. In that case, yes, the fact that you were driving home drunk from a gay bar is in fact the point of the story. And in this case, it does seem like Davis is in fact gay — but he’s a gay man who’s stolen $170,000 from the people he’s supposed to be serving.  Davis made a statement that “The only apology I would make to my supporters if they are upset is the fact that I was not honest enough with myself to be honest with them.” Maybe it would have been a little more “honest” to apologize for stealing from them, regardless of what “latex fetish gear” it may have been used to buy.