As we’ve discussed previously, cheap wine is totally the greatest, you probably can’t even taste the difference, and there’s no shame in drinking it. Apparently, y’all have taken that message to heart because according to experts, millenials now consume 27% of the wine by volume in the United States. 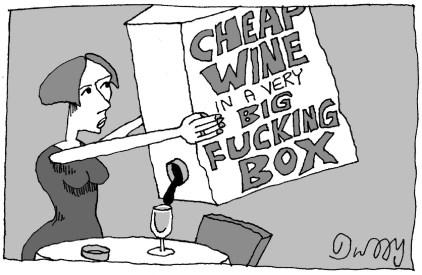 Right now, there are an estimated 62 million millenials over the age of 21, and in the next two years another eight million will join the ranks. As 20-somethings storm the market, winemakers have been quick to pay attention – and, increasingly, try to capitalize on it. In an interview with Fox Business, Melissa Saunders, owner of wine importer Communal Brands, explained:

“Historically, wine has been marketed to older generations and came with a huge pretense. But this generation is blowing all of that out of the water. They don’t care about the pretentiousness of a wine, they want something that is authentic and speaks to them. This is a huge marketing opportunity.”

Frankly, I’m skeptical about claims that my generation is any less pretentious than older generations (but maybe this is because I live in Brooklyn). My gut feeling is that we’ve just found other things to be pretentious about. Craft beer, for example. Do we really love microbreweries in our heart of hearts? Or are we just hooked on the subversive feeling of seizing a “lowbrow” thing and making it “highbrow,” staking out our generation’s claim? It’s probably a little of both, but I think there’s something to the idea that our enthusiastic adoption of cheap wine is, in part, a rejection of the stuffy, snooty oenophiles of old.

Personally, I’m a big fan of cheap wine. My plans for the weekend involve an all-day cheap wine tour through upstate New York. Three boozy stops, eight tipsy hours; it’s going to be awesome. It’s true that you sometimes strike out on taste when you go for the under $10 bin, but that happens with expensive wine too. Plus, you can try more options, because they’re cheaper! It’s not like most of us are rolling in cash, so this is obviously a major selling point. Perhaps the most important one, aside from this: cheap wine makes us happy. 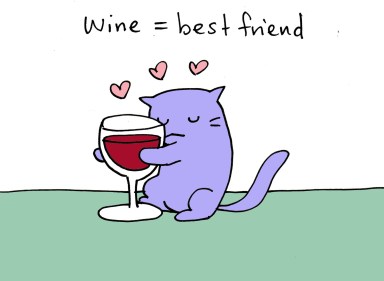 Via Flimsy the Kitten