Like all good political drama these days, the controversy at hand here begins with a photo + social media.  Late last month, Nicole Jodice uploaded a photo of a man in military garb raising a rainbow flag to the Wipeout Homophobia Facebook page. In the photo’s caption, Jodice identifies the man as her husband, a U.S. soldier deployed in Afghanistan. 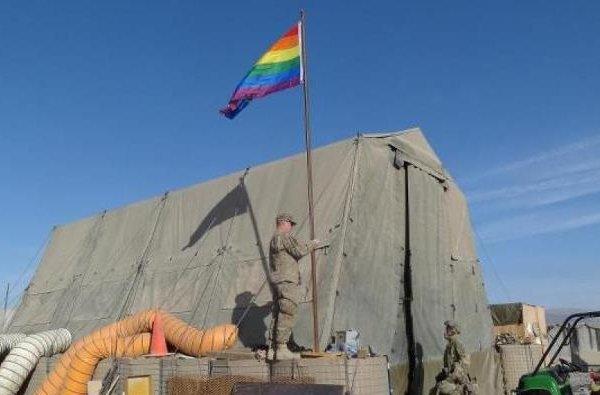 The Family Research Council quickly pointed to the picture as the latest tactic by the “homosexual lobby” to trample on religious rights with their typical reckless abandon. (Unfortunately, information about the location of this homosexual lobby has not been divulged, which means I can’t actually go there, which is understandably devastating.)

Investigating  the alleged flag raising is the International Security Assistance Force (ISAF), a NATO operation with the stated mission to:

…conduct operations in Afghanistan to reduce the capability and will of the insurgency, support the growth in capacity and capability of the Afghan National Security Forces (ANSF), and facilitate improvements in governance and socio-economic development in order to provide a secure environment for sustainable stability that is observable to the population.

And boy howdy am I excited to hear what they learn or what on earth they’re looking to learn to begin with! Tasked with fighting an insurgency, building the nation’s infrastructure and improving internal political stability, the mission to investigate the potential raising of a gay pride flag seems like an excellent use of the resources and time of team ISAF. 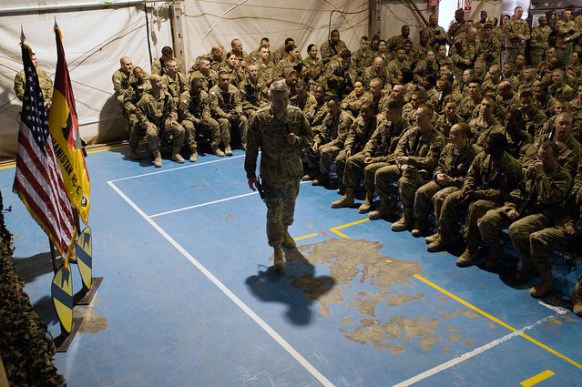 So where is this flag you speak of...

America has  finally agreed as a nation Don’t Ask Don’t Tell was wrong and now it’s dead as a doornail. The anti-gay response this photo has garnered from conservatives is a reminder of the too long defended homophobic voices who until recently dominated the discussion of gays in the military. One such voice is that of FRC President Tony Perkins, asking:

Where is the concern now for angering Afghan Muslims, who vehemently oppose homosexuality? The issue is as much an issue of military security as it is of religious morality. After February’s accident with the Korans, American lives were lost. What price will we pay because some want to use the military to show their gay pride?

While it’s possible to criticize the flag raising on the grounds of the unofficial nature of the action, does it really warrant comparisons to the Koran burnings in February? The backlash from the the burning of an incinerator full of Korans on a U.S. Military base left over 30 dead. From the perspective of Fox news, open support of homosexuality plays right into the culture war between Afghan civilians and the U.S. military risking  lives. One could argue Obama negotiating with the Taliban poses much bigger risks to both Afghan civilians and the military.

And isn’t the U. S. military supposedly at war to protect and promote human rights and national security interests which include the right to be gay? America definitely uses protecting Afghan women’s rights as justification for the ongoing war. Hostile acts to destroy a holy book not surprisingly will be greeted with angry resentment. Flying a gay pride flag on the military base of a country which claims to support gay rights as human rights is hardly radical.

While it may not be wise to flaunt cultural differences abroad, the culture war playing out surrounding this image of gay pride speaks loudly to America’s own internal culture war more so than our international relations with Afghanistan.