I feel like I meet so many queers who make rad art, music, poetry, horoscopes — you name it, this community has lit it on FIRE. It’s one of the things I like best about us. Everyone is awesome. But! I also notice that not everyone is getting paid for their awesome. We have an understanding that we want to make our work accessible to the community, and that not everyone can afford everything. And so I feel like many of us, in the interest of being inclusive, tend to give our work away for free. But! We also know that paying a creator keeps them making what you love; it’s so important to pay for content in this era. It’s how we make sure the good stuff still exists. So what do you make, creators, and would getting paid help you make more or better? And readers/watchers/consumers of media — do you want to make sure your favorites can, like, buy groceries so they can dedicate the time and energy toward making the thing you love?

Well look no further than these five apps. This roundup is content agnostic, meaning it’s not geared toward one specific type of content (like Twitch is, for instance). 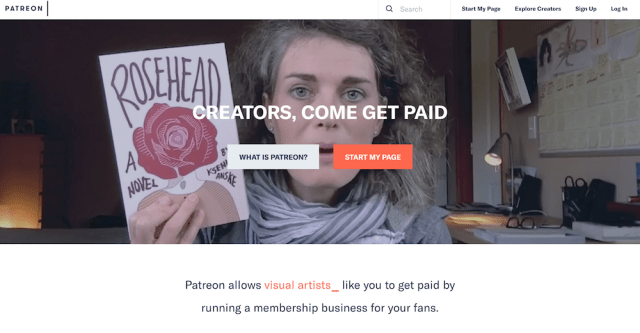 Why am I including Patreon, a thing everyone already knows about? Because they got a massive update this week! In addition to its standard features (rally patrons at different levels of monetary support with different rewards, you keep 90% of the money coming in, really user-friendly reward and goal management), they’re also in the midst of launching the ability to conduct patron-only live streams using Crowdcast. If that’s not enough new stuff, they’ve also got Lens in beta, which is sort of like a Snapchat situation just for patrons. There’s also going to be more detailed information available to creators about their patrons — like who’s coming up on a subscription anniversary or who just subscribed this week.

Tons of new stuff! It’s so easy to get started — I did a little tester to make sure it was simple.

Not into a subscribing to each individual person you love? Well there’s also—

Flattr is a browser add-on that measures what sites you visit the most. You pay it whatever amount of money you want to spend on the internet creators you love best and it distributes that money based on your online interactions. You don’t even have to think about it. It’s in early access at the moment — they were acquired by AdBlock, which I actually think is a really responsible move? Like, yeah, no one wants to see ads, but let’s still pay for the stuff we’re enjoying. Anyhow, if you’re a creator, sign up here. If you want to pay creators, jump in on early access by sticking your email address in here. Want to pay or get paid in a micro-way a little more immediately? Then there’s— 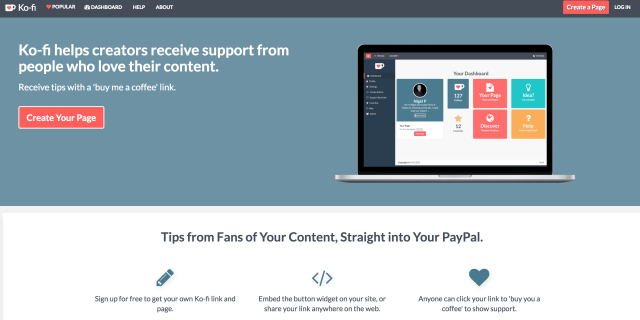 Ko-fi lets you buy creators you adore a coffee to the tune of three dollar increments. It’s a one-time deal, sort of like tipping a person for a Medium post or a cartoon well made, and not a subscription like Patreon or Flattr. What I like about Ko-fi is two-fold: first, you get a portal AND a simple button to throw on to your already existing web presence, which makes it easy to integrate Ko-fi into your creative life. Second, it’s a no-bones-about-it pure support. No rewards, no strings, just a plain and simple “thank you.” It doesn’t even have to go toward making more stuff! It specifically sets up that the money is for something along the lines of grabbing a coffee. Love it. 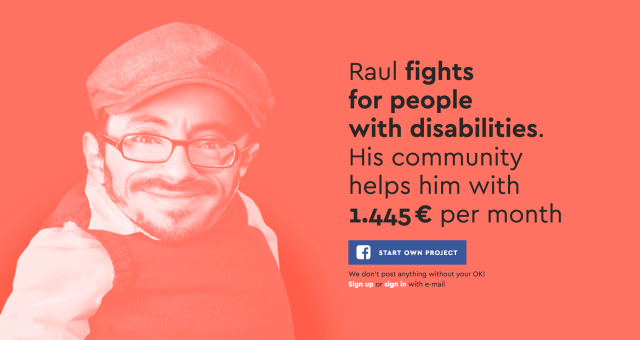 Steady is a lot like Patreon, but it centers a European market. It makes use of goals — as in, for x amount per month, you’ll commit to an additional blog post per week. In addition to monthly contributions, Steady has an overlay you can plop onto existing sites, which lets people know that they should support you before reading below the break, and an “adwall” for those using adblockers (yay, the blocker works, now how about supporting me on Steady? that kind of thing). When I say it centers the European market, I mean it: Steady generates European Union-compliant invoices and handles differing VAT levels for international supporters. Most of the projects currently on the platform are in German.

Ratafire is what some might call extra. It gamifies supporting creators in an extra nerdy way with achievements to unlock, adventures to go on and character progression. It feels way less polished than the other platforms in this roundup, but I feel like it could be really perfect for creators working in specific nerdy spaces, like anime, sci-fi or pulp horror. I know some of y’all have got that going on, so definitely take a look at Ratafire.

Do you think I missed something? What digital platforms are you using to pay your fave authors and artists? What websites are you using, musicians and video mavens? Please let’s hive-mind this in the comments below.