By the standards of the Yucatán peninsula, the female Ruby-throated hummingbird is a plain jane among hundreds of species that roam the jungle. Her heart is the size of a pencil eraser and beats approximately 1,260 times a minute. At the start of migration season she has only one goal in mind – she has to almost double her body weight, in order to survive a treacherous trip across the gulf of Mexico.

By the standards of the United States government, The Black-haired Mexican filmmaker (that’s me) is but one among thousands of immigration cases that come through a pipeline of the United States Citizen and Immigration Service (USCIS). At the start of migration season, she has but one goal in mind: build a strong enough case to survive the gauntlet of work-visa processing.

Like the Ruby-throated hummingbird, I too have a laundry list of things to do before I can ready to make a big trip, and they fill me with such foreboding that just writing them down here makes my anxiety bubble up and catch at the pit of my stomach. I have never really talked about my immigration experience so plainly as I have recently, and I think there’s a common factor between this particular instance and why I’m ready to face this head-on. Birding. 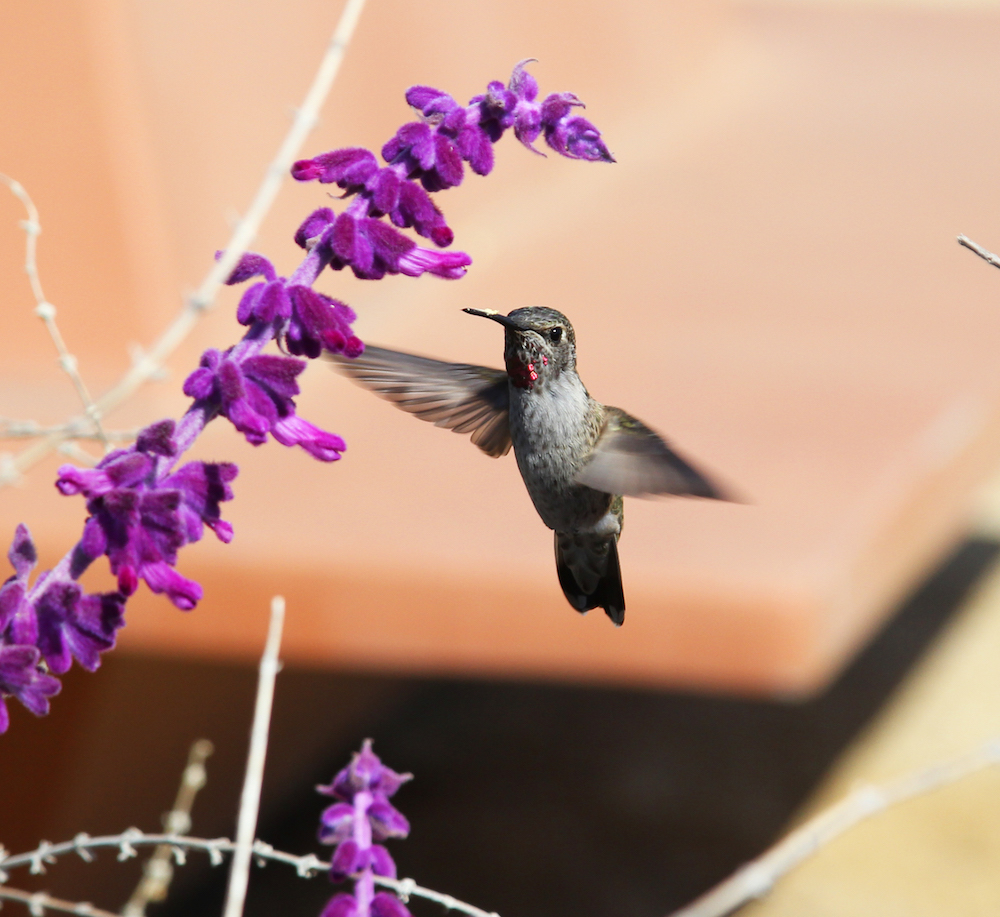 Before I lose you entirely, let me lay down the basic difference between birding, and birdwatching. They each have their own merits, but birdwatching is largely sedentary. Think of your Nana watching the sparrows on the feeder. The mere act of watching brings her joy and for the birdwatcher, that’s enough. Birding is a little bit more…unhinged. The casual birder is just an obsessive birder who’s a liar. Birding in and of itself is the activity that surrounds looking for and identifying as many birds as you can in a given area, and even a given time. The extreme birder can be known to take part in “Big Days” where they search for the most bird species they can find and identify in a single day. The ultimate obsessive birder embarks on a Big Year, which is the attempt to see as many unique species as you can within the lower 48 during a single calendar year. It’s an easy thing to get sucked into if you like animals and the outdoors, because it plays like a worldwide scavenger hunt.

The first time I went out birding, I had just gotten my first serious guidebook and my grandfather’s binoculars for Christmas. I convinced my brother and sister-in-law to come with me, and since they are weirdos in their own right, there we all were: boot clad, wrapped in scarves and ready for whatever it is we were about to do. It almost felt like induction into a cult: “Come join me. Untold wonders await us.” But by the end of the day-trip, we were busy speeding in our van and recklessly chasing down hawks down dirt roads, accidentally trespassing, and knee-deep in snow trying to figure out if we were looking at a House Finch or a Purple Finch (it’s harder than you think). Near the end of the day on our way home, I realized I hadn’t just found a new hobby, I’d also found joy.

There are hundred of types of hummingbirds that nest in the American tropics. More than a dozen nest in the western United States, but if you’re looking at a hummingbird nesting east of the Great Plains, you’re looking at a Ruby-throated. The Ruby-throated hummingbird beats its wings more than 50 times per second and some may migrate from Canada all the way to Costa Rica. Almost all of them leave North America in the Fall. Some may cross Gulf of Mexico, making a journey in featureless blackness, but many go around, concentrating along Texas coast.

My own journey through American immigration is a bastion of privilege compared to thousands of humans who make arduous and sometimes futile journeys in order to make it home to family already abroad, or make sure that they are safe from the crumbling social structure and escalating violence of many cities. A dramatic uptick in unaccompanied child migration from El Salvador, Guatemala, and Honduras has occurred since 2014 —with more than 50,000 Central American minors intercepted at the U.S.-Mexico border during the first 11 months of 2014, up from 10,146 two years earlier. The poem “Home” by Warsan Shire comes to mind: “no one leaves home until home is a sweaty voice in your ear, saying – leave, run away from me now, i don’t know what i’ve become but i know that anywhere is safer than here.”

That migration, the one we make for necessity, seems like some of the most natural to me. The Ruby-throated hummingbird doesn’t choose to migrate North in a nonstop 900-mile journey across the Gulf of Mexico towards the eastern United States. The Ruby-throated understands its own limitations and that of its environment. It knows, in its tiny pencil-eraser-sized gut, that the best chance for her family is to breed in the Eastern Seaboard, so she goes. It’s not fun, and it’s definitely not easy, there is no guarantee that she’ll make it, but she knows if she doesn’t go, she won’t survive.

My own migration is less for the preservation of the species and more for the common reason a lot of immigrants travel North to the United States. With my skill-set, my hard work and my drive, I think I have a chance to make a life and a name for myself. Documentary filmmaking doesn’t really carry the same glamour as other parts of the film industry, but if there is somewhere where folks are looking to support people like me, it’s America.

Suddenly, my migrating instinct faced a tough adversary: bureaucracy. The USCIS is a supremely ineffective office. Underpaid, understaffed and overwhelmed, every day they take people’s lives in their hands and make sure enough boxes are checked for approval. When you’re a filmmaker, as opposed to, say, a factory worker, you have to make it very clear to an office full of folks who don’t know anything about film, that you are a legitimate influence in your workforce. You have to explain to them why it is that film isn’t a 9-5 gig with benefits, 220 work days and a set time for vacation. As of this week, my 6-month journey into the maw of immigration services has reached its final stage.

Like our Ruby-throated, I am so close to completing my journey. I have been away from the United States, my home, my life, not to mention my girlfriend for just about six months. There is one more leg to my journey and it’s the hardest one: I need to submit my case for approval and have a face-to-face interview with an immigration officer, and I am terrified. I’ve been flying through this process with single-minded determination. The Ruby-throated and I are coasting over open ocean and our journey is almost complete, but just like her, I’m weary of inclement weather. One misstep for me or one unforseen tropical storm for her and we’re done for.

I identify with birds so plainly. Their family structure, their teaching habits, their tenacity. Having “left the nest” pretty early in my life for boarding school, I’ve often found myself self-teaching a lot of hard fought lessons. I learned to maneuver heartbreak, depression, anxiety and frustration in a trial by fire. I learned to cope with the loss of a great friend, and I learned to rely on myself and myself alone.

Since I’ve been away, I’ve watched the start and end of migration season and looking for all the different species that have gone all the way to the States, lived a life and come back, I’ve both identified and envied the freedom of soaring over a border unencumbered. So, this is what the immigration process does: it makes you feel alone. It reduces you to a few pages and it expects you to be the exact person they want you to be. There are no gestures of kindness, there is no empathy, there’s just a cold, empty form that’s holding your future ransom in exchange for your personal information. So instead of dwelling on the inevitable, I bird.

In the past six months I’ve been stranded back in Mexico, I’ve seen over 35 new species, and I’ve clocked the regular visitors to my parent’s backyard. In a few weeks I’m looking to get out of here, and just like Ruby, there’s a million things to do before we have to take flight.

Isabel is a Mexico City native and current Brooklyn dweller, stands about 5-feet tall and gets really mad when her girlfriend stores the olive oil on a high shelf. She's a documentary filmmaker by day and expert quesadilla architect by night. She runs a small production company with her brother and has worked with Paper Magazine, A&E, History Channel, Bon Appetit and The New York Times. You can find some short, dry sentences on her Twitter and her fauxtography on Instagram. She's a mediocre bowler.

Isabel has written 1 article for us.