Michelle Kosilek is a trans woman who needs reassignment surgery. She’s also an inmate serving a life sentence since 1990 for the murder of her wife, Cheryl. Though Kosilek entered prison presenting as male, she has identified as a trans woman for at least the last 12 years. In 2000, she sued the state of Massachusetts; her lawyers argued that reassignment surgery was a medical necessity and that denying it was a violation of her Eighth Amendment rights. Initially, U.S. District Judge Mark Wolf only supported her as far as getting hormone therapy, but stopped short of surgery. When she sued again in 2005, it eventually resulted in Wolf deciding this month that Kosilek did, in fact, need surgery and the Massachusetts Department of Correction was required to provide it for her. It is the first such decision in the United States. The judge found that “the treatment… had been prescribed by Department of Correction doctors, and that the only justifications for denying the treatment were based on public opinion.”

Judge Wolf’s decision has been a lightning rod for acclaim and criticism not only in Massachusetts, but around the country. It’s received acclaim from groups such as the Transgender Law Center in San Francisco, and outrage from various radio hosts and politicians. 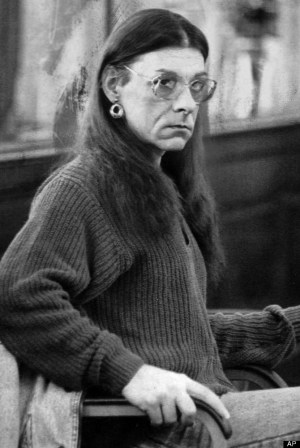 The Eighth Amendment of the U.S. Constitution – the one that Judge Wolf cited in his decision that Kosilek required surgery – prohibits the infliction of “cruel and unusual punishment” as the result of a crime. The problem is, it’s not exactly clear about what constitutes “cruel and unusual,” and like some other parts of the Bill of Rights, how that phrase is interpreted has a lot to do with who is in power, and who they appoint to the courts. A “tough on crime” judge and a prisoner’s rights advocate are going to see the limits that that phrase imposes very differently. Few would deny a prisoner’s right to life-saving medical care, but when it comes to mental health and wellbeing, what exactly is required becomes a bit fuzzier. It’s true that Kosilek isn’t at risk of dying if she doesn’t receive surgery, but without it, her existence would be a pretty miserable one. It’s hard to argue that there’s anything “elective” about Kosilek’s desire for surgery, given her history. Many critics understand surgery for trans* people as being “cosmetic,” but this simply isn’t the case. According to CBS News, “Wolf notes that Kosilek’s gender-identity disorder has caused Kosilek such anguish that she has tried to castrate herself and twice tried to commit suicide, once while on Prozac.” (“Gender identity disorder” language from CBS, not this writer.)

That’s not the only issue at stake. Because Kosilek is a prisoner, her surgery would be paid for with taxpayer money. Plenty of non-convicts with health insurance have trouble paying for surgery, since many insurance companies still see it as elective surgery. In their appeal to the judge’s decision, MA government officials cited Kosilek’s hormone therapy, which was prescribed at the state’s expense.  Concerns have also been voiced about her safety in a men’s prison after surgery (though one wonders why that wouldn’t be rectified by transferring her to a women’s prison, or why she hasn’t been already).

Another issue at hand is just how much people understand about the trans* community and how dysphoria works. In general, that’s not a lot. As pointed out in this editorial in Boston alternative newspaper The Phoenix:

Even in Massachusetts, there’s still dismayingly widespread prejudice against transgender people. The medical facts, the physical and psychological realities, are not known or understood by the public at large. Hence the political tension in a state that recently became the 16th in the nation to adopt formal non-discrimination measures to protect the trans community, and the political reaction — or backlash — against Wolf’s order. 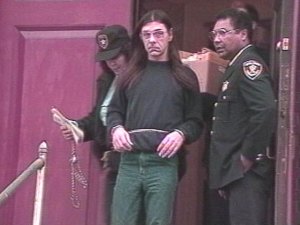 Looking around the Internet proves the writer’s point. Unfortunately, you expect the reader comments on a general news site like CBS to be execrable. But even on Jezebel, the comments on the various articles about Michelle Kosilek’s struggle show a great deal of ignorance on the part of some of the commenters toward her needs. For example, a number of comments make offensive comparisons to truly cosmetic procedures (such as breast enlargement for cisgender women). And, of course, there is the predictable radfem nonsense about how she’s still and always will be a man because [insert flawed explanation here].

The fact that there’s so much misunderstanding about trans* rights even in more progressive circles does a lot to explain why even normally pro-LGBT politicians, like MA Gov. Deval Patrick and Elizabeth Warren have come out against Kosilek on this issue. Although Warren’s statement — “I have to say, I don’t think it’s a good use of taxpayer dollars” – isn’t quite as strongly-worded as that of her opponent in the Senate race, Scott Brown, who called it an “outrageous abuse of taxpayer dollars” and referred to a possible overturn of Judge Wolf’s ruling as “common sense prevailing.” There seems to be particularly dismay at Warren’s stance, though, since she’s someone who has made a career out of standing up for the downtrodden, and would be expected to be on the progressive side of things when it comes to both trans* rights and prisoners’ rights. 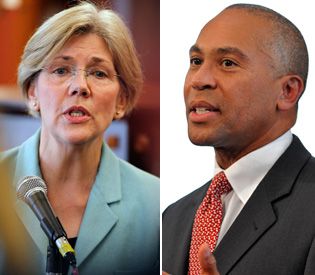 Obviously, just how much one can live with dysphoria — and whether an inmate is entitled to correct that — is something that transgender people are best-equipped to answer. After all, they’ve lived it. While there was disagreement among the trans* commenters in the comments of some of the articles I read — one trans female commenter asserted that if trans* people who can’t afford the surgery they need are forced to live without it, a convict shouldn’t be able to get it for free — trans* rights organizations seem to be largely supporting Kosilek and expressing disappointment in the appeal decision. The Mansfield Patch reports that leaders from two New England transgender rights organizations, Jennifer Levi of the Transgender Rights Project at Gay & Lesbian Advocates and Defenders (GLAD), and Gunner Scott of the Massachusetts Transgender Political Coalition, have spoken out against the appeal. Scott said that “Care that is medically necessary cannot be denied based on public opinion,” and Levi, that “Constitutional rights belong to everyone, even the least loved, least popular people among us.”

At the end of the day, we pay taxes to ensure the betterment of our country and our fellow citizens. Isn’t it better for our society – both in, and outside of, the prison walls – if we treat our prisoners like they are people?