The first Monday in May is traditionally one of my favorite times of the year, I have what might be considered only “a slightly better than above average” fashion sense, but I do love to sit on my couch in my pajamas and make snarky jokes in my group chat. There is no better event suited for those skills than the annual Met Gala.

You already know what the deal is about the Met Gala — the annual fundraiser, co-sponsored by Anna Wintour and Vogue, supporting the Metropolitan Museum of Art and Costume Institute in New York City, that also soft launch’s the Met’s annual fashion exhibit  — so I want to talk a little more about this year’s theme. This year’s gala is part two of the pandemic gala held in September, “In America: A Lexicon of Fashion,” except this time we’re focusing in on Gilded Glamour. Gilded can be taken in a lot of different ways, for sure, but it’s almost always tied to the sparkled ignorance (playful or otherwise) of the elite during a time of great economic inequality.

The lifestyle website Ruush hit the nail on the head with this, defining Mark Twain and Charles Dudley Warne’s 1837 use of ‘the gilded age’ (they coined the phrase as the title to their novel) as ” how wealth and glamour was used to conceal the social unrest and turmoil of the era.” And really… have you ever seen a better theme for a Met ball that happened on the exact same night that a leaked Supreme Court decision signaled the soon overturn of Roe v. Wade during the third year of a pandemic and some of the largest economic wealth gaps in US history?

I would like to be a white woman and speak to the manager.

Ok let me get off my history lesson soapbox. I am here because some attractive queer humans put on sparkly clothes and so, as is the tradition of our people, I am here to make jokes and fawn and ask them kindly to step on my neck.

I sincerely hope you enjoy the pretty pictures I picked out! I hope they provide joy and laughter and a few of these emojis 👀 👀 ✨ 😻🥵. (And then I hope you give to an abortion fund.) 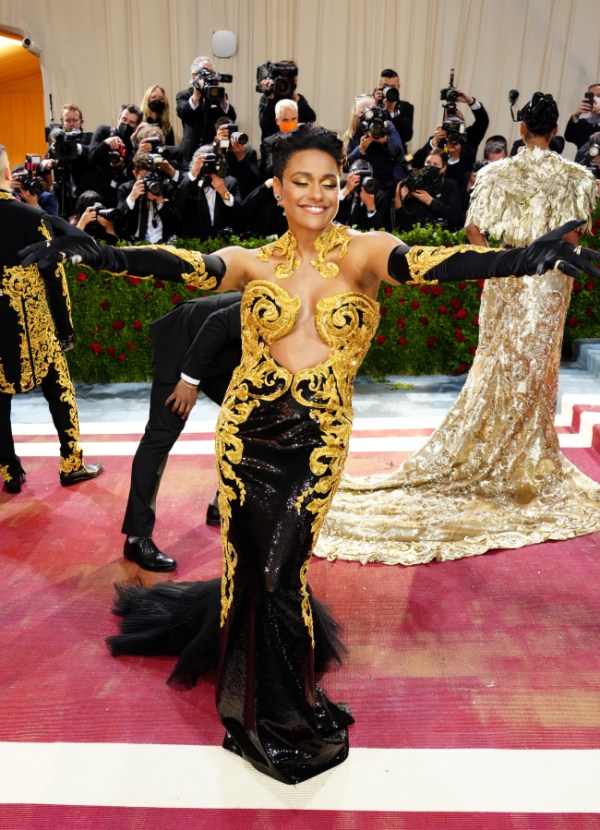 Celebrating your historic Oscar win by showing up five weeks later to the Met ball dressed as the Oscar? 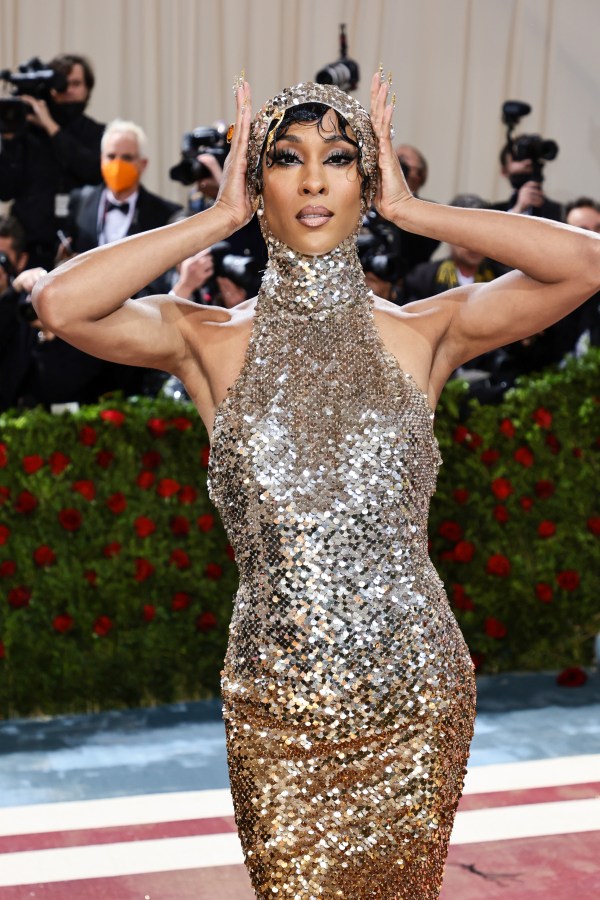 If it’s one thing Mj is going to do, it’s give arms, face, body. 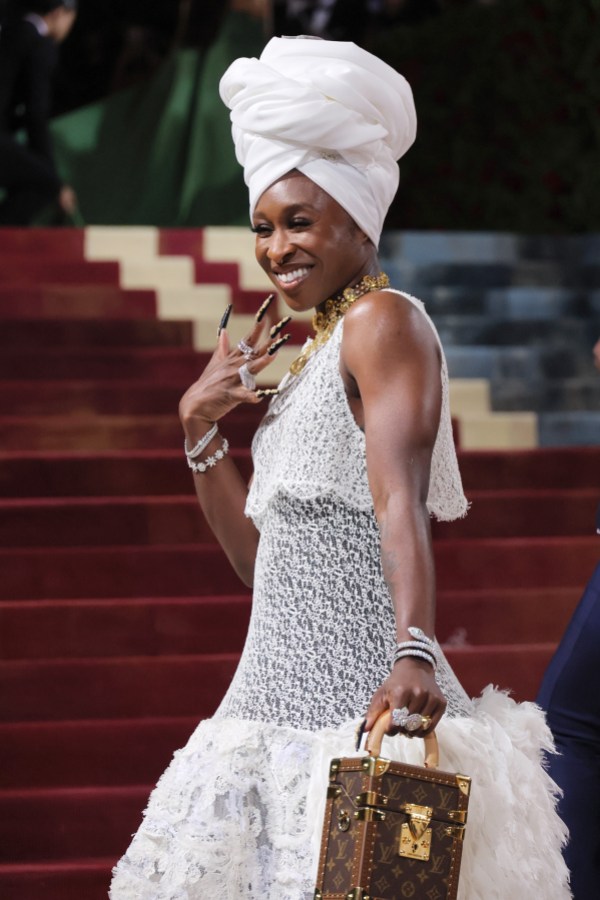 This interpretation of American gilded elegance as an all white lace gown complete with an headdress and a small Louis Vuitton is specifically Black and diasporic and I cannot stop screaming about it because hello!?!??

But because it’s Cynthia, you know we also have to see the nails. We simply must. It’s in femme bylaws (section 36b, clause 2A, directly underneath “how to make her melt”). 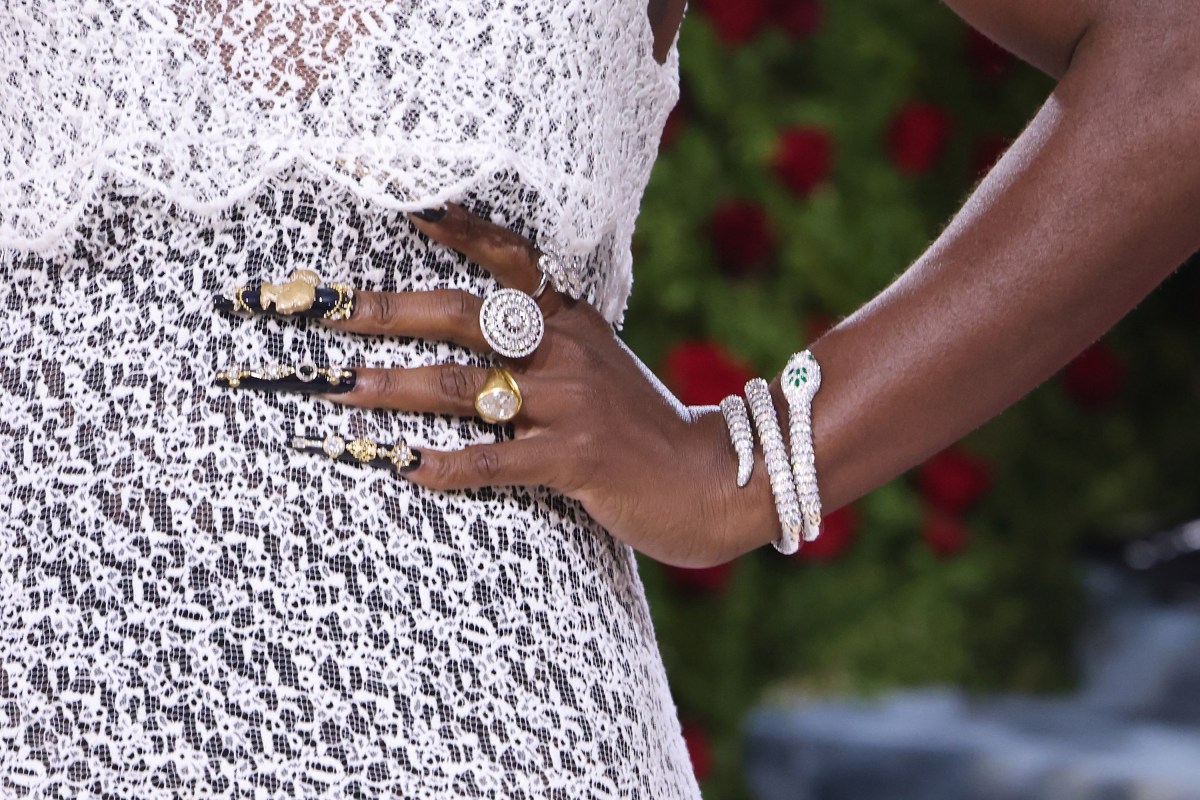 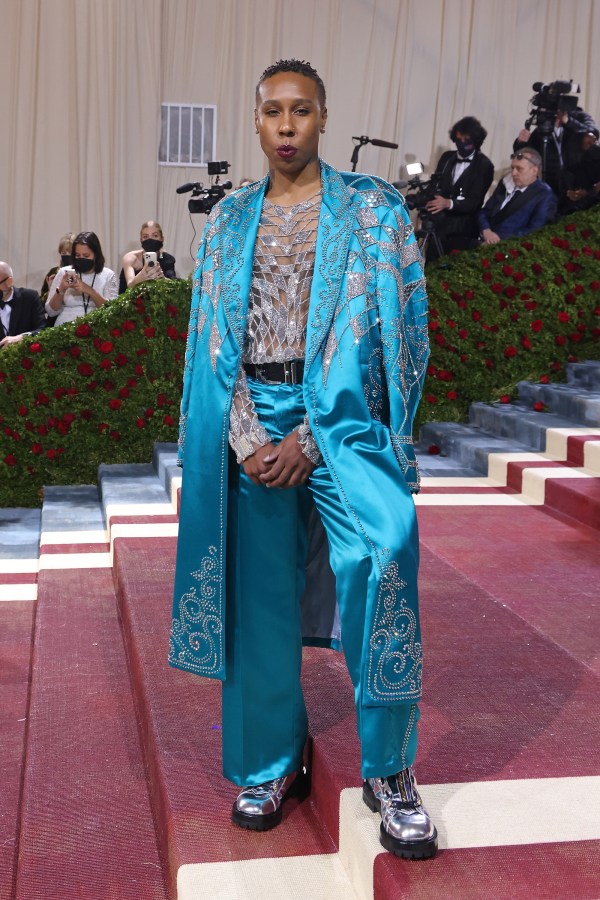 I read or saw somewhere that it’s Versace inspired by Elvis? And sure, it is that. 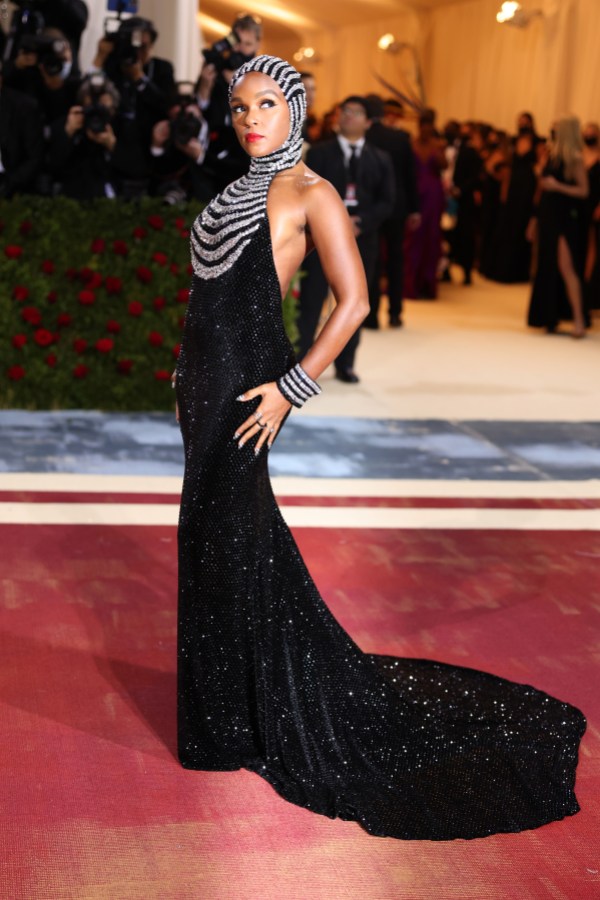 My biggest complaint of the night is that overall, there was so little color? Everyone came in black and white. There is, of course, one exception to this rule. And it’s the android, baby. Because when you wake up like that, color is optional. 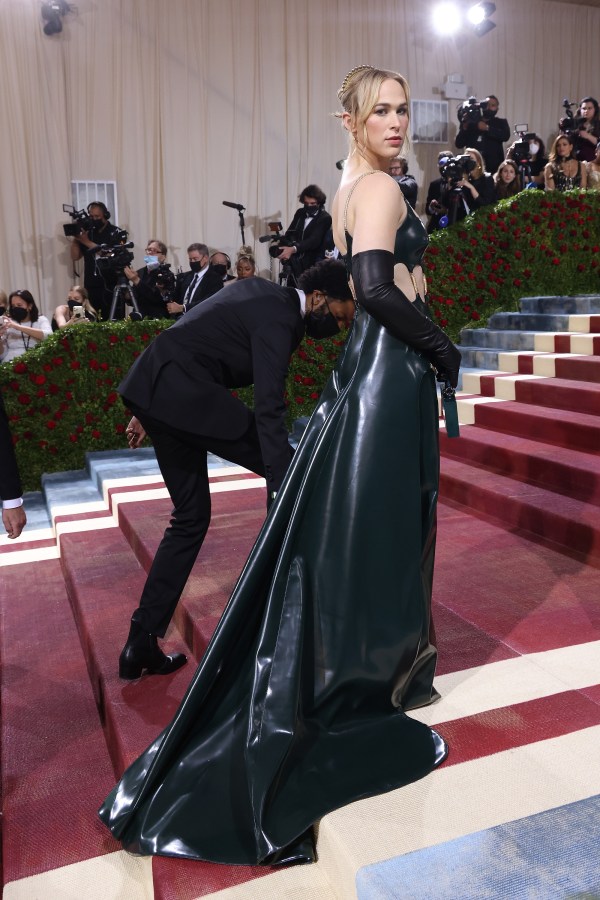 Is Tommy on theme? No. Does Tommy get a pass for coming as Michelle Pfeiffer’s Catwoman?  You know it. 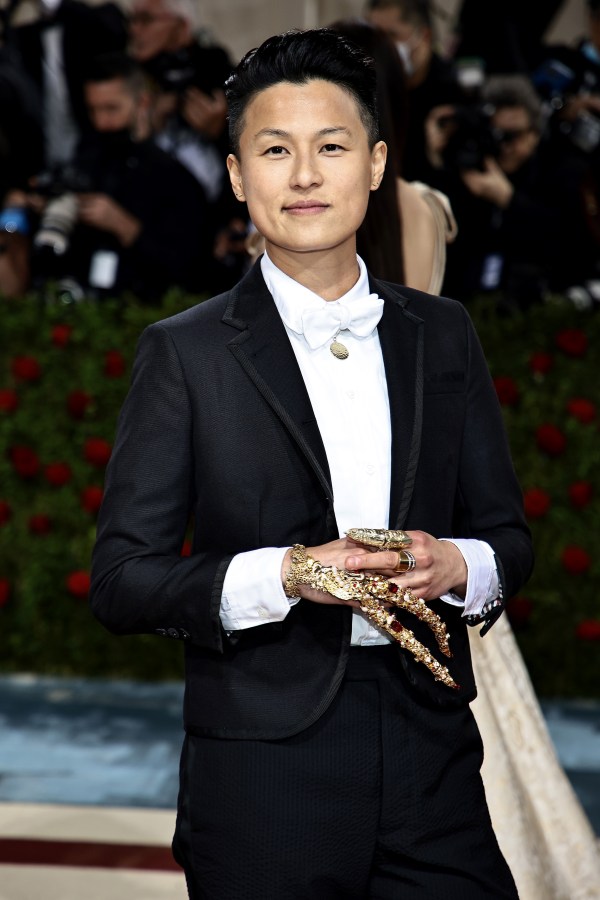 Photo by Dimitrios Kambouris/Getty Images for The Met Museum/Vogue 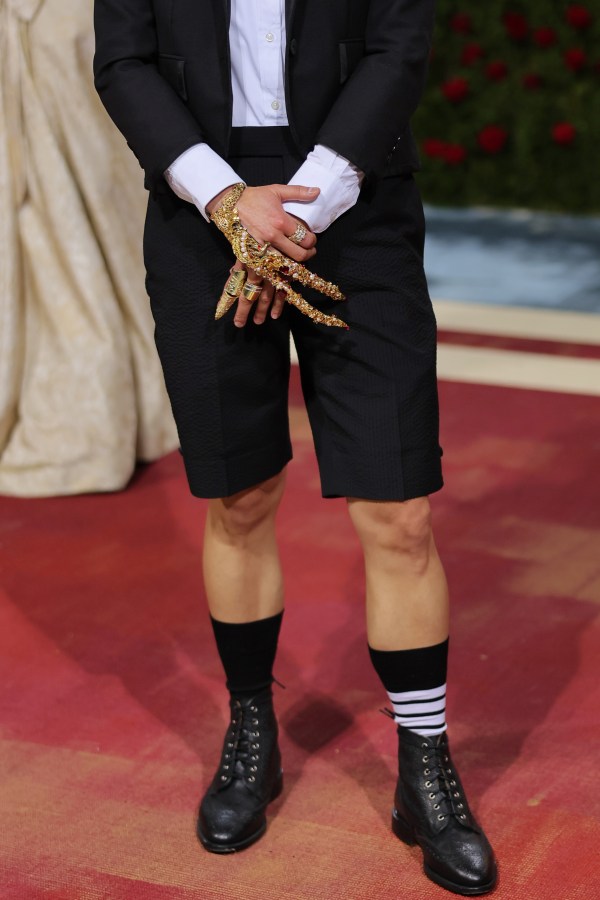 Sigh. First Kristen Stewart wore them at the Oscars, now Chef Melissa King at the Met Ball. I have to resign myself that these shorts will be the lesbian formalwear of choice for the next year. Sigh. 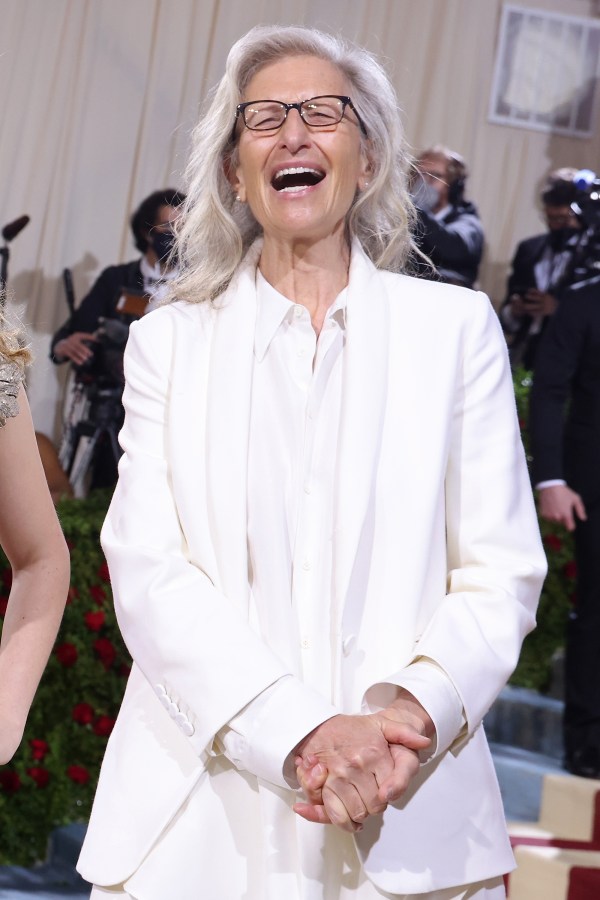 Annie Leibovitz came as your lesbian mom at college graduation who brought edibles for your friends! And we love her for it! 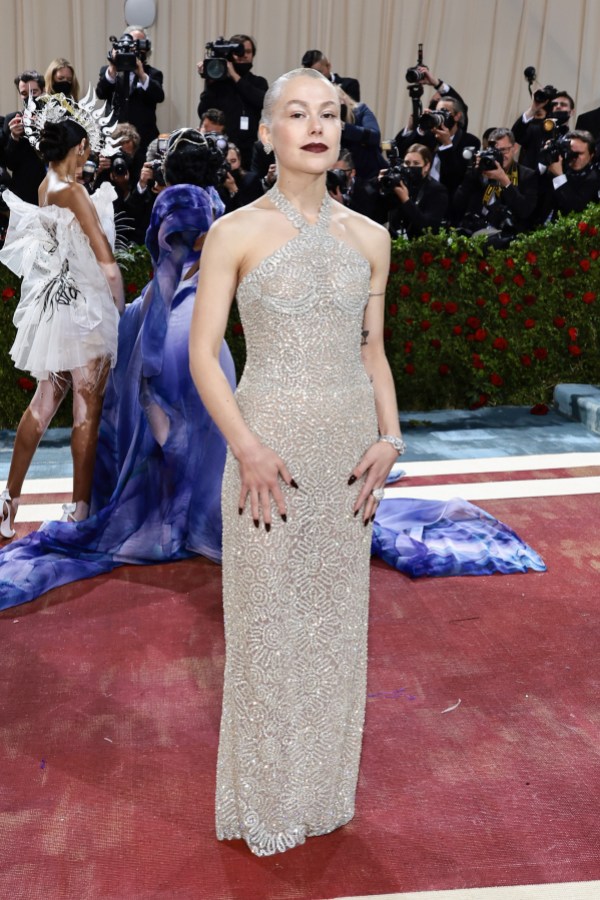 [Is this a safe space to admit I’m only like 75% certain who Phoebe Bridgers is? Or will that get me fired?] Yay for her. 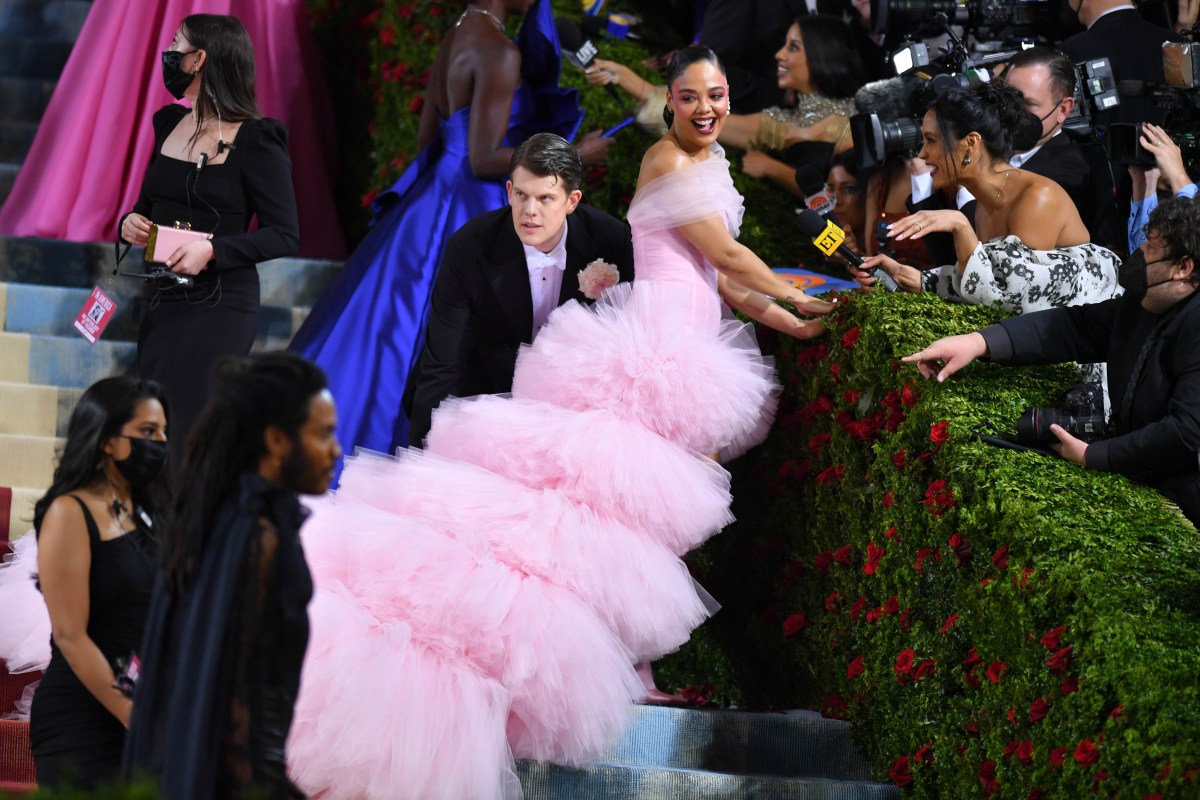 Tessa smiles and it’s like I don’t even care she’s not on theme. 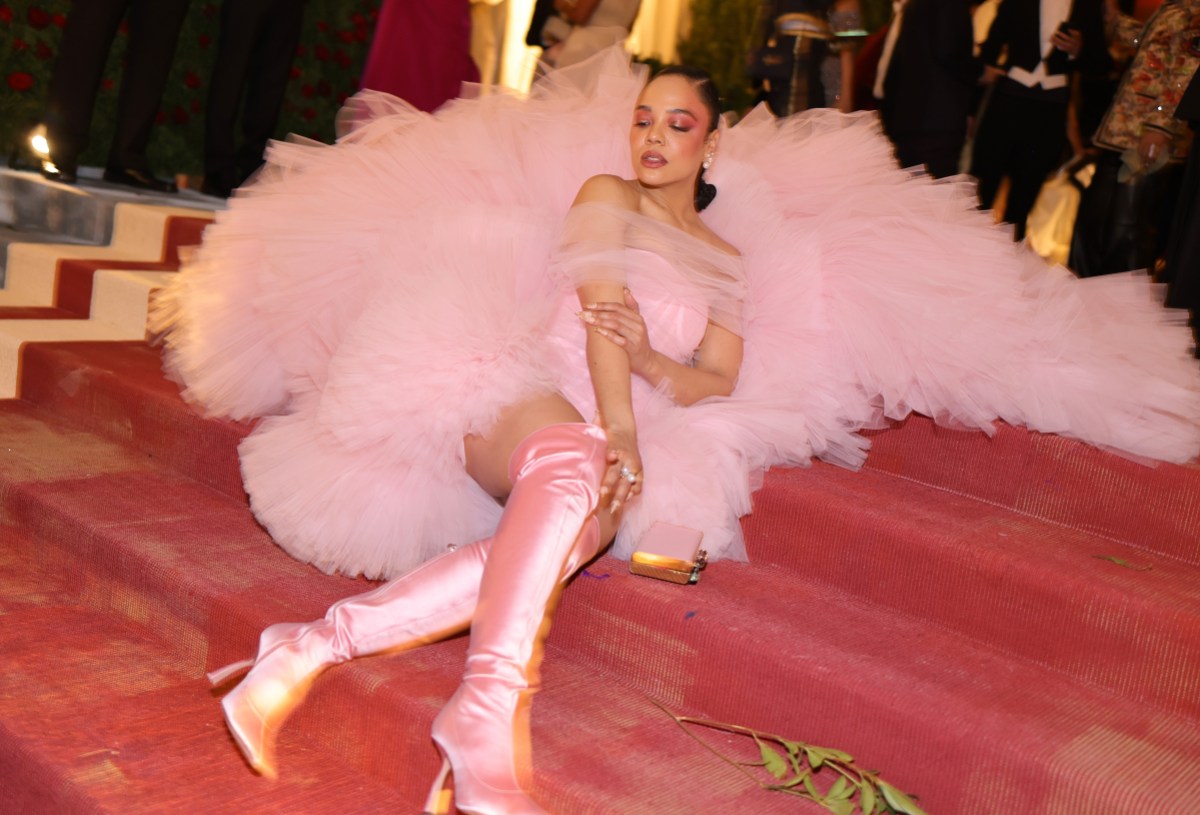 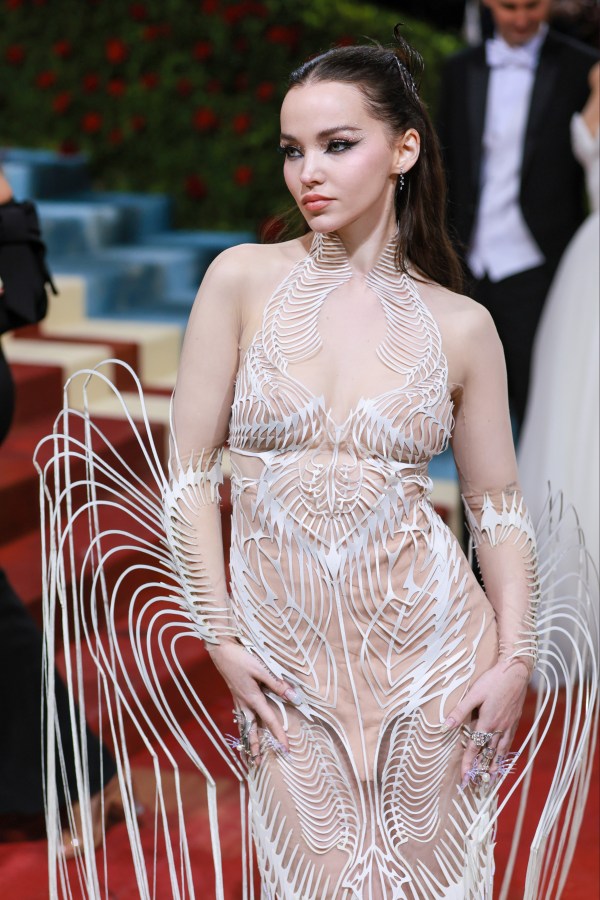 I stared at this for a full five minutes before I realize that Dove is… literally dressed as a dove. (Anyway, stream Boyfriend on Spotify.) 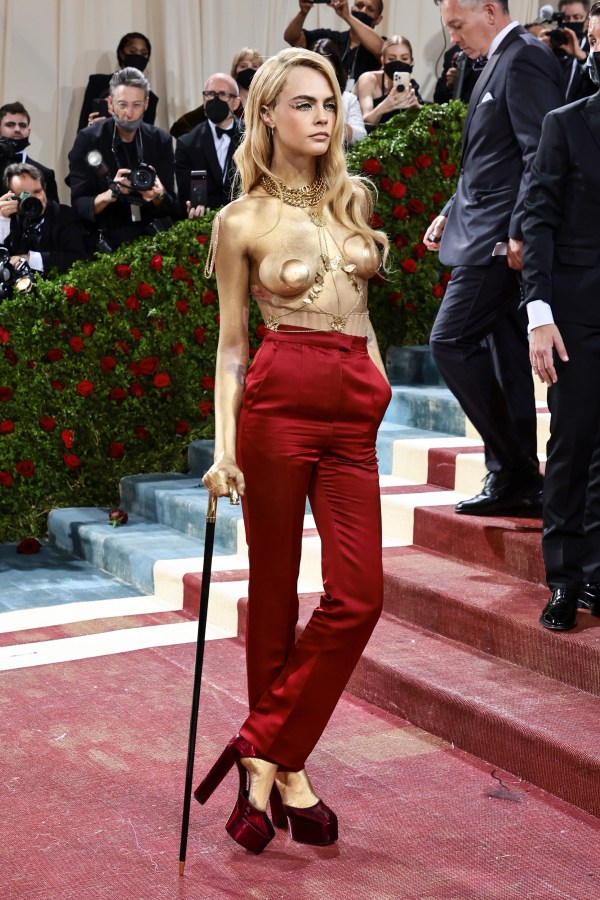 Ever since that time she wore cornrows in  2018, usually complaining about Cara Delevingne is a time honored tradition of mine on any red carpet, but… this might be my favorite look of the night. It’s astoundingly gay, but also effortless and classy. I don’t know if that’s one of the three horsemen of the apocalypse, or what.

Cardi B, in Versace 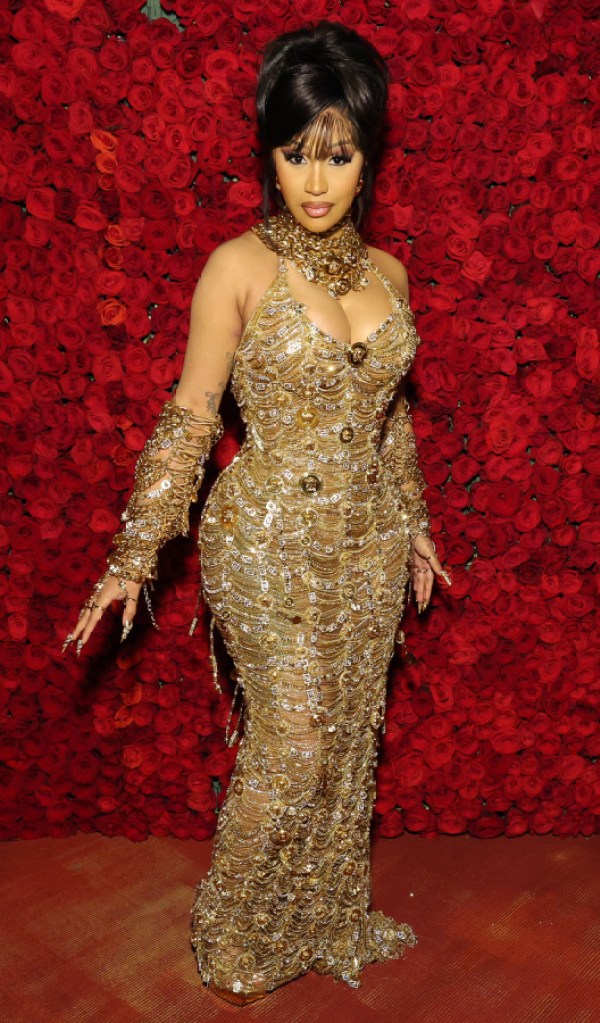 Trust me on this, you want to see it from the back. 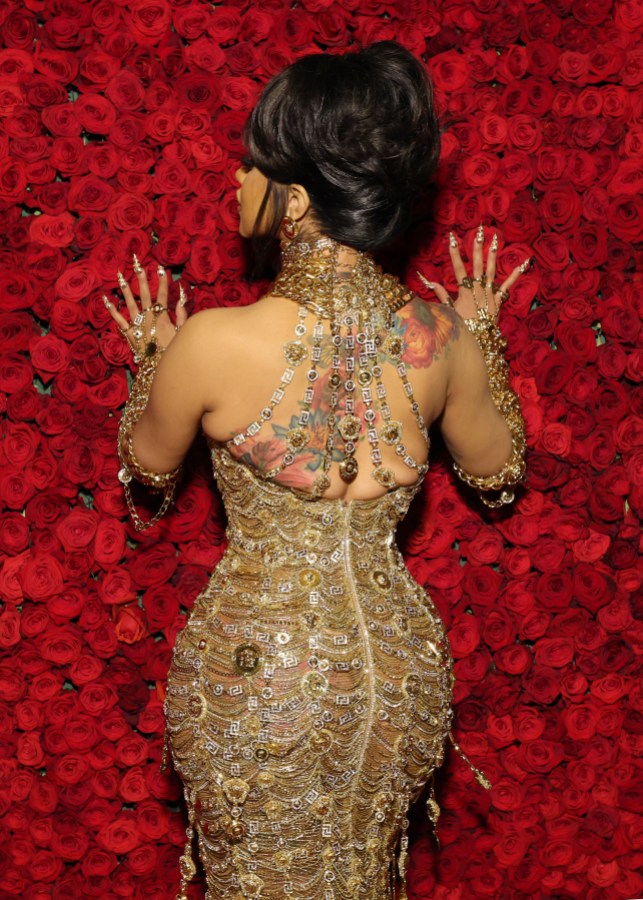 Art. Frame it and put it in the Louvre. 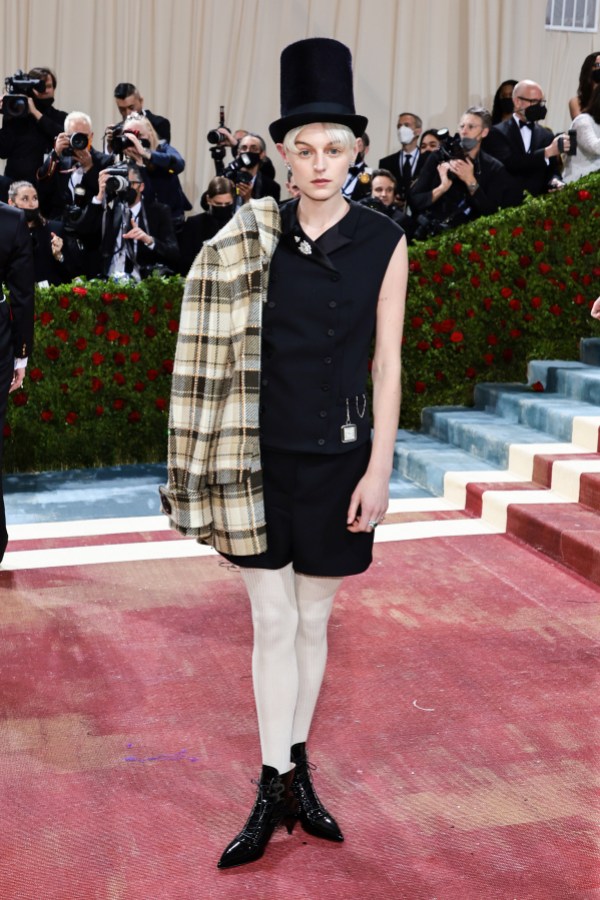 Princess Diana in a stovepipe top hat and knickers? You know what? I am here for it.