Good morning, my friends! I’ve got loads of links below about last night’s Academy Awards, all lovingly curated for you by Autostraddle Editor in Chief Carmen Phillips who stayed up until 5am working on them. She does it all, and all the time! Below that, some regular Pop Culture Fix links!

+ Ariana DeBose became the first openly queer woman of color (and the first openly queer person of color to win in an acting category) and the first Afro-Latina to win an Academy Award last night, which will look really nice in her trophy case with her BAFTA Award, Golden Globe Award, and Screen Actors Guild Award. So far. That Tony is definitely coming, so I hope she saves room! Her acceptance speech was so moving I still have chills from it. Here’s the quote that’s making everyone listen up.

“You see a queer, openly queer woman of color, an Afro Latina who found her strength in life through art. And that’s what I believe we’re here to celebrate. To anybody who has ever questioned your identity ever, ever, ever, or you find yourself living in the gray spaces, I promise you this: There is indeed a place for us.”

+ Carmen counted four wlw couples on the red carpet last night — Wanda Sykes and Alex Niedbalski, Kristen Stewart and Dylan Meyer, Queen Latifah and Eboni Nichols, Niecy Nash and Jessica Betts. Carmen says Ariana DeBose appears to be single, which is odd because half the team was calling her their wife in Slack last night.

Update: Sapphic Sleuth Shelli Nicole has let us know that Ariana DeBose was holding hands on the red carpet with Sue Makkoo and also they were pressing their little gay noozles together, so.

The two were seen canoodling at the Vanity Fair after party. 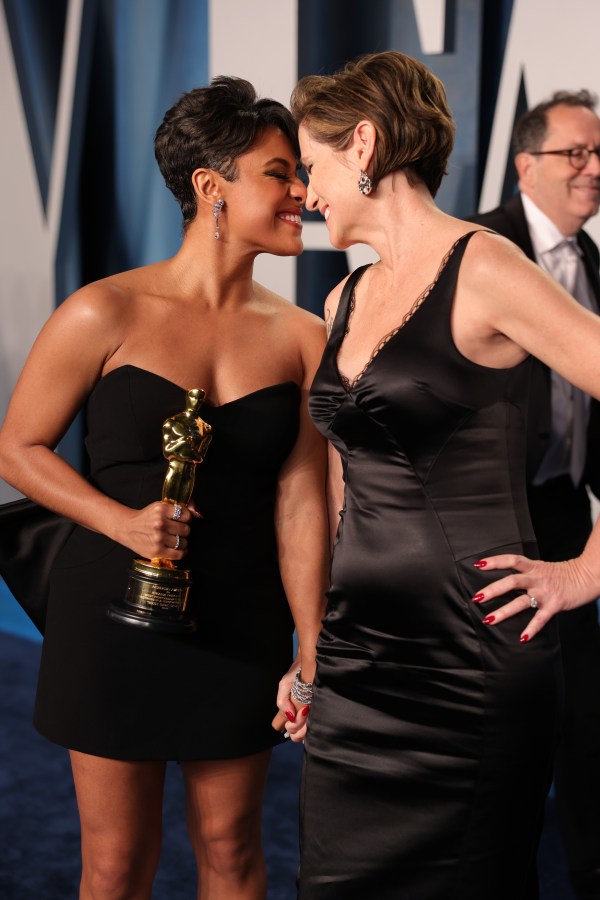 Yeah, that’s Queen Latifah with her partner Eboni Nicols ON THE RED CARPET TOGETHER. 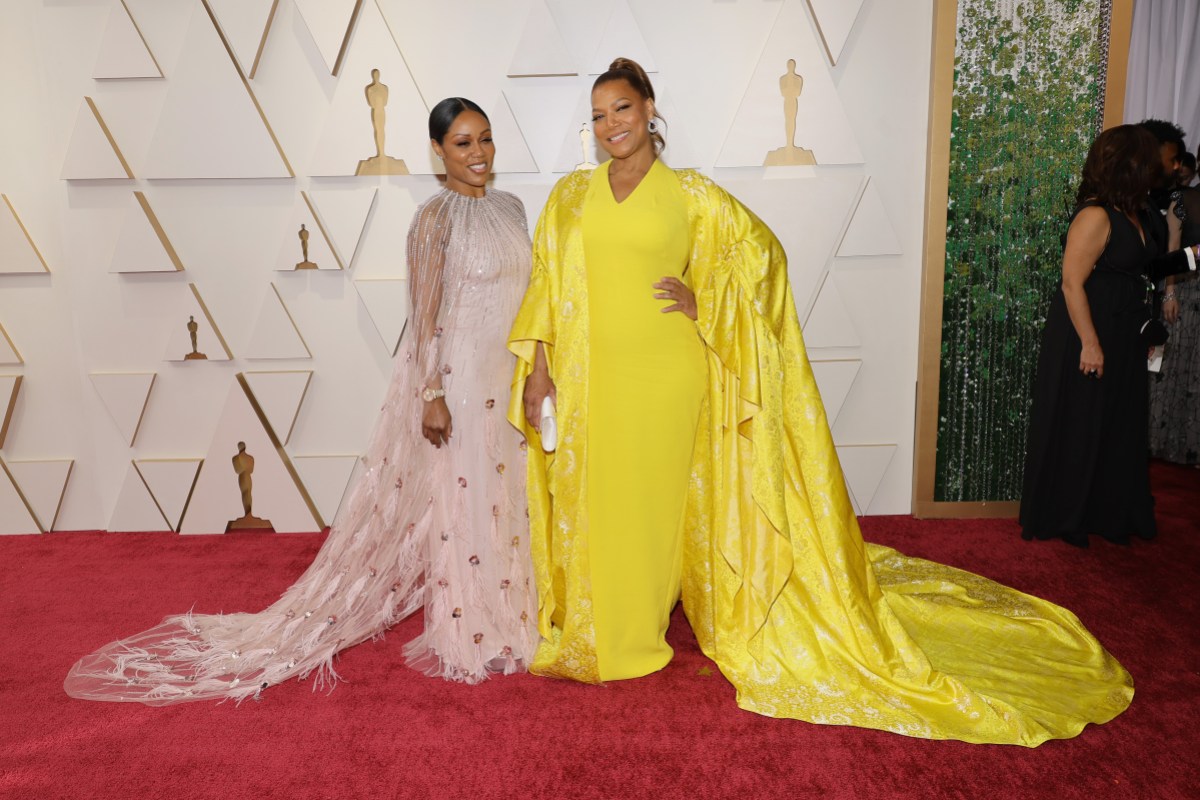 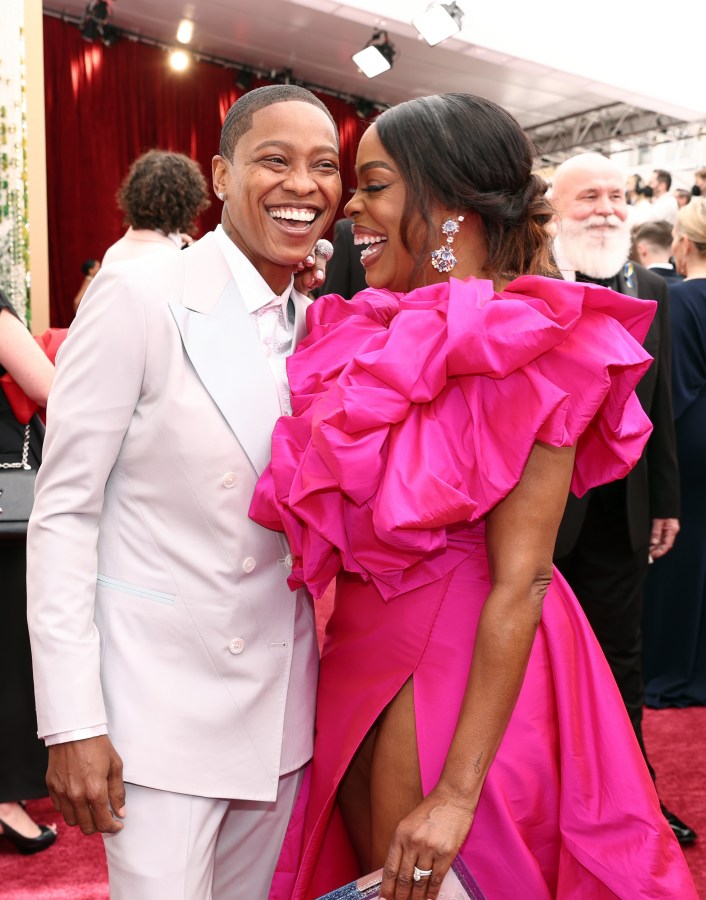 Wanda Sykes and her wife Alex Niedbalski. I wonder what Alex thinks about the portrayal of French lesbians on Killing Eve this season. 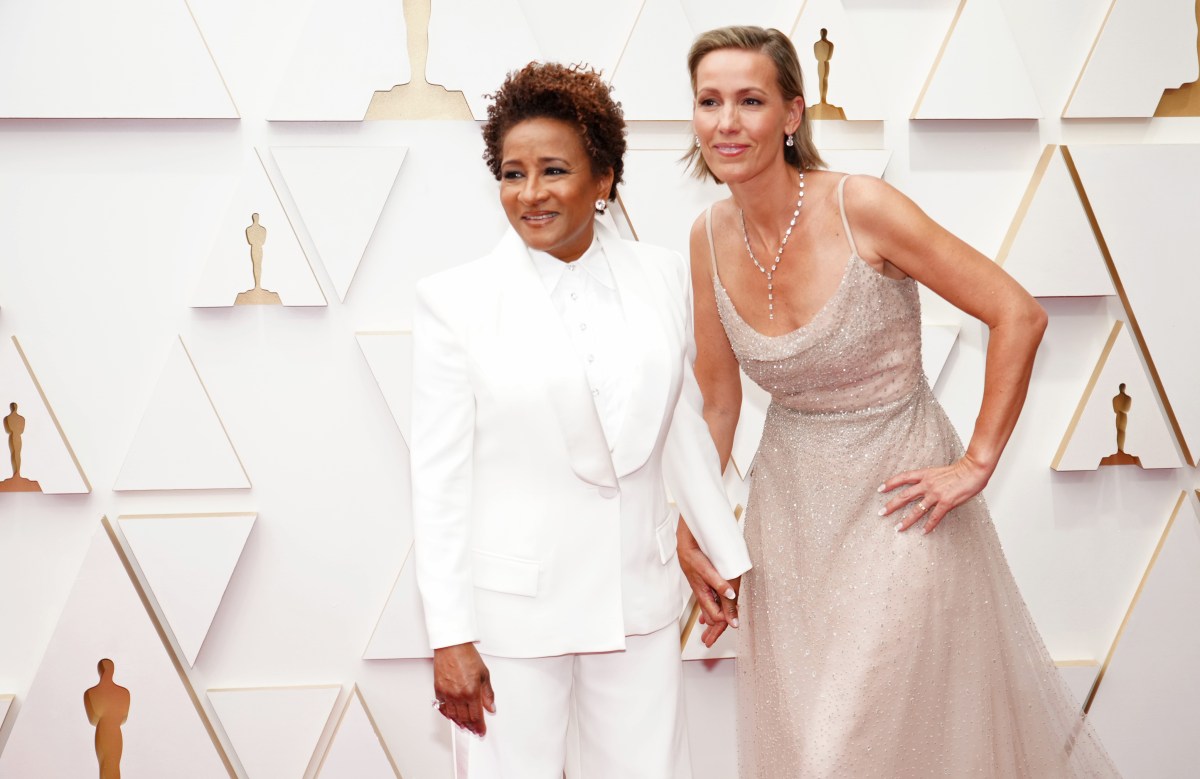 Kristen Stewart in a British schoolboy shorts tux and and Dylan Meyer in a just regular gay suit. 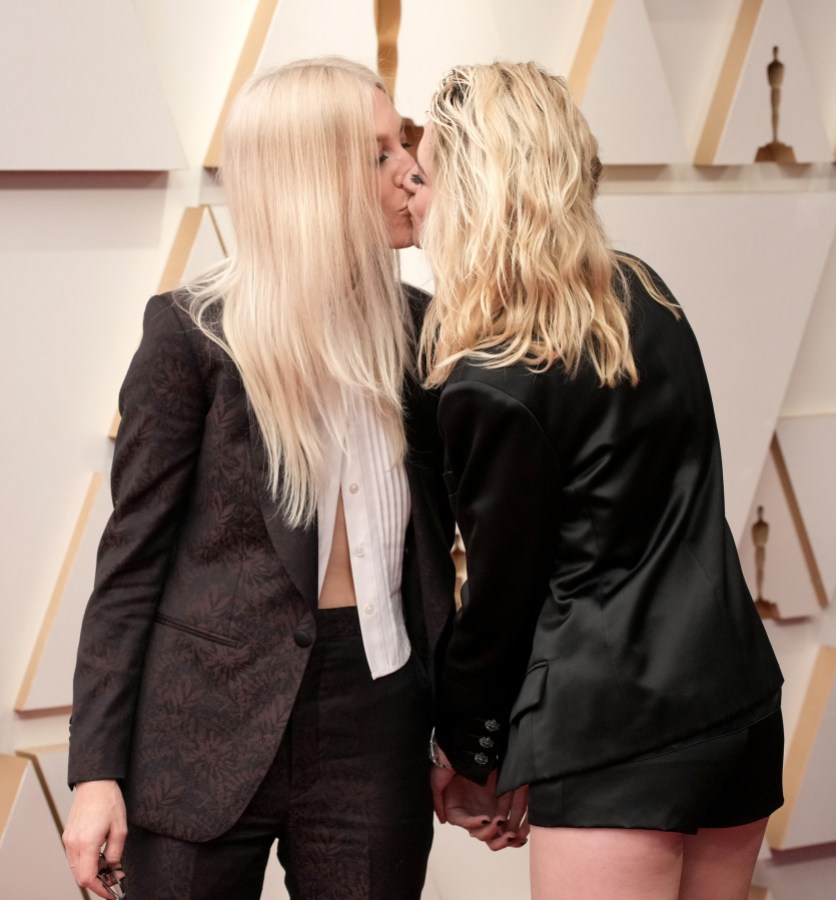 + Ben Proudfoot won Best Documentary Short for The Queen of Basketball, which is awesome and you should absolutely watch it if you want to feel amazing. In his acceptance speech he called on President Biden to bring Brittney Griner home and also said: “If there’s anyone out there who still doubts whether there’s an audience for female athletes, let this Academy Award be the answer.” Here’s his full speech.

+ Elliot Page attended last night’s Academy Awards to celebrate the 15th anniversary of Juno. He looked so handsome and very happy and that makes me happy! (Juno, you will of course remember, made Drew’s list of Elliot Page Movies Ranked by Transness in the number four spot.) 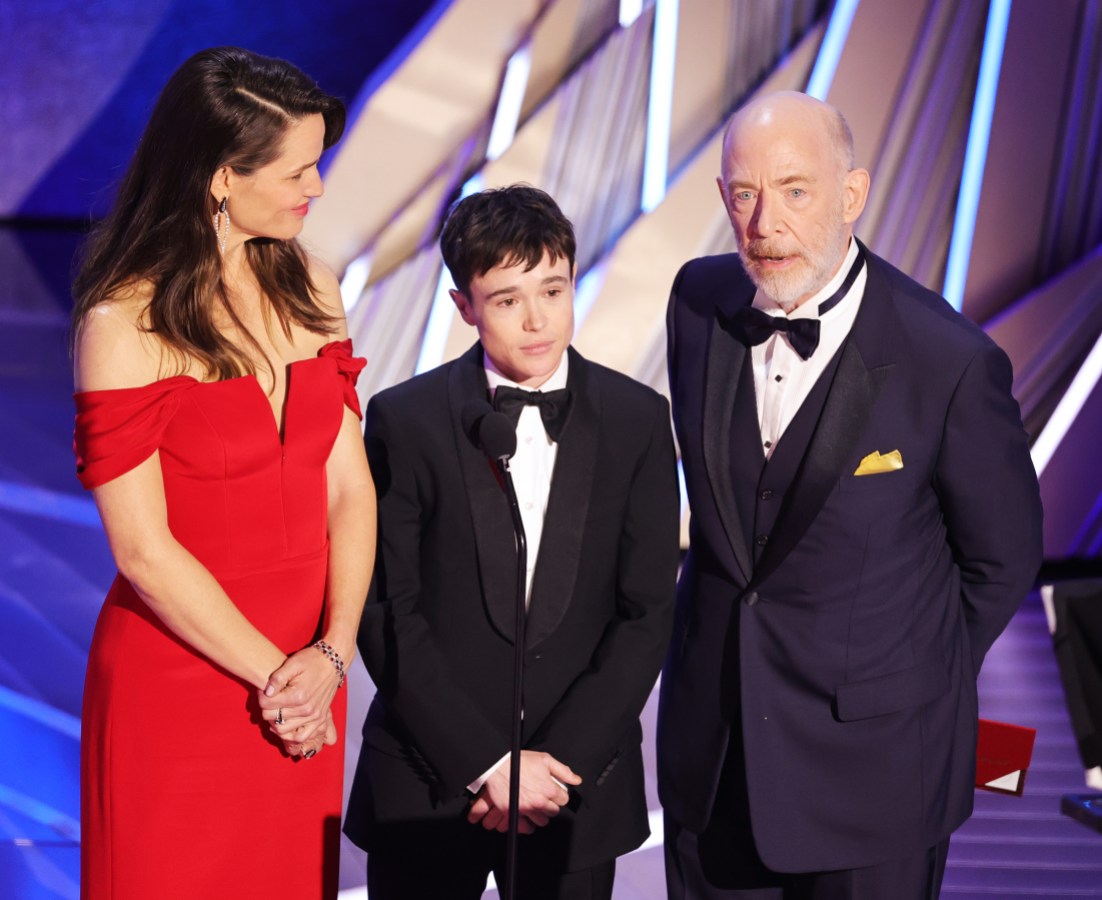 + Wanda Sykes made a Don’t Say Gay joke in her opening monologue with Regina Hall and Amy Schumer.

Tessa Thompson arrives to the #VanityFairOscarParty.pic.twitter.com/iYERlk49EG

+ And then, finally, Stephanie Beatriz, Diane Guerrero, and Mauro Castillo performed some Encanto! 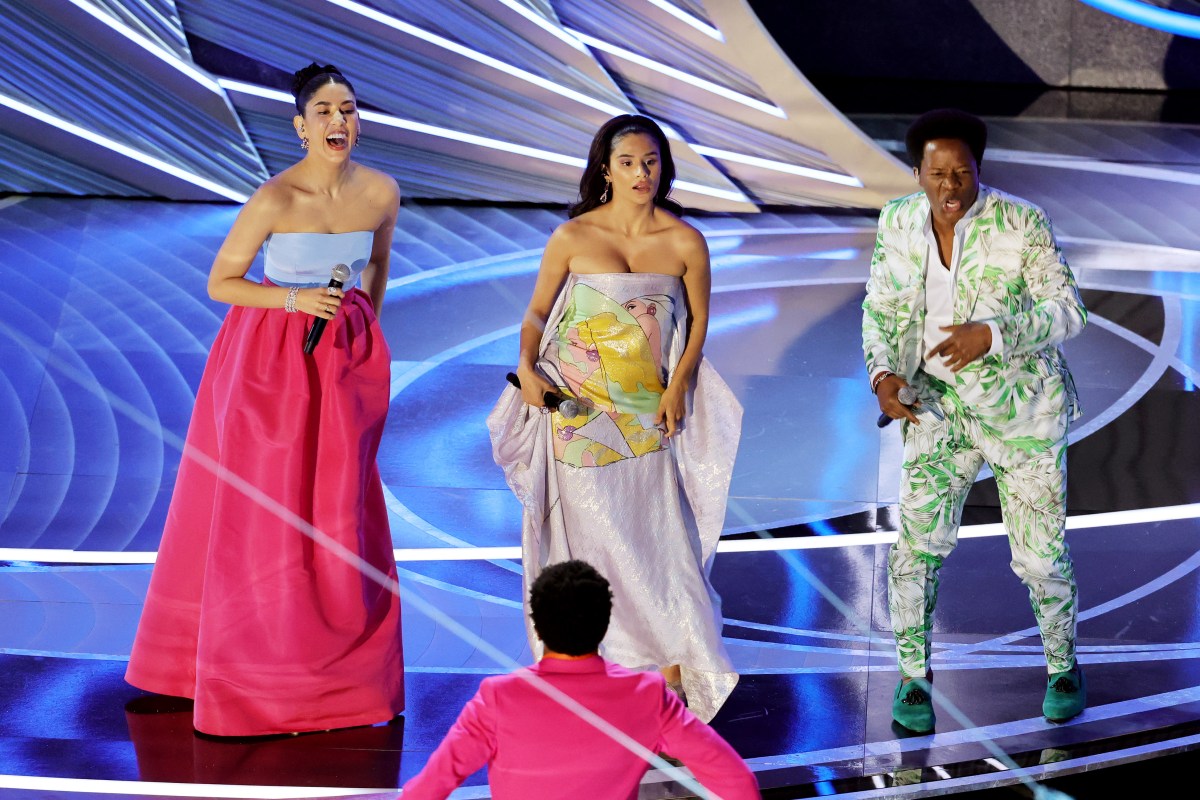 Okay and now some non-Oscars news.

+ Russian Doll’s Rebecca Henderson on being the go-to lesbian after 40.

+ The Seven Husbands Of Evelyn Hugo will be a feature film adapted by Liz Tigelaar.

+ Bridgerton queen Golda Rosheuvel was warned being openly gay would ruin her career.