How do you make omelets and French toast even better than they already are? Matzo, that’s how. 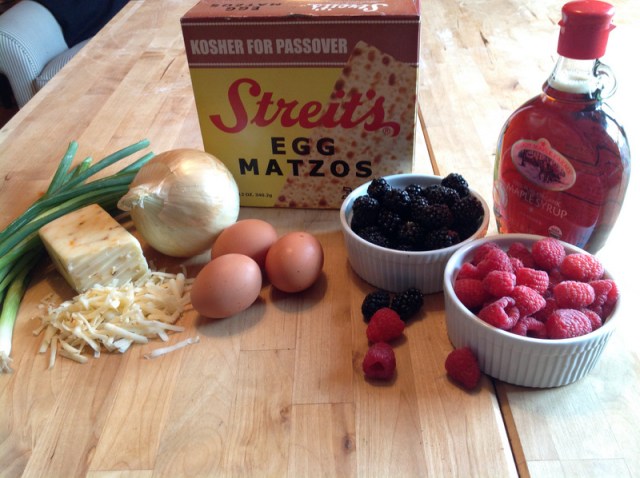 I know that “matzo” isn’t typically the answer to that kind of question because that shit is dry and flavorless, but just go with me on this. Much like the fried tortillas in chilaquiles, matzo has this way of turning regular old breakfast into something special, textured, and absolutely delicious.

And good news! It’s Passover, so matzo is plentiful and on sale! What? You are gluten-free? Yup, I got you covered. Now all you need is to decide if you are in a sweet or a savory mood, because matzo brei comes both ways. How switchy. 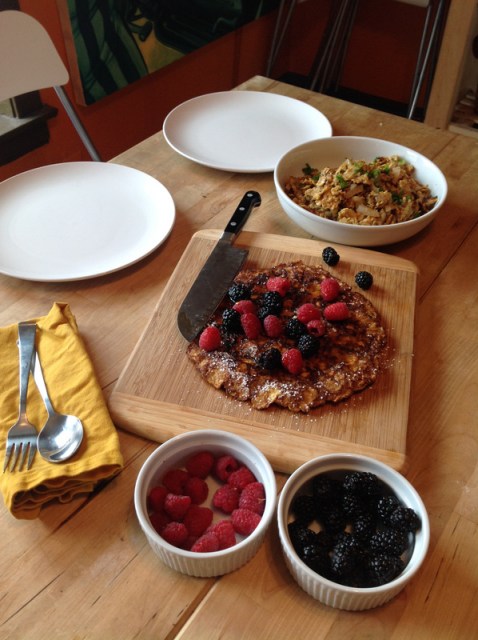 I grew up eating both versions, savory immediately followed by sweet, because dessert following breakfast is TOTALLY a thing and obvi the only civilized way to eat. The classic savory version of matzo brei has fried onions in it, but I also like to add a little garlic, some fresh herbs, and even a little cheese. What can I say? Gilding the lily is sort of my calling card. The classic sweet version is a lot like French toast, served with butter and syrup and powdered sugar on top. Though I wouldn’t say no to a tumble of fresh berries, some whipped cream, a drizzle of chocolate, OMG somebody stop me! No, don’t. 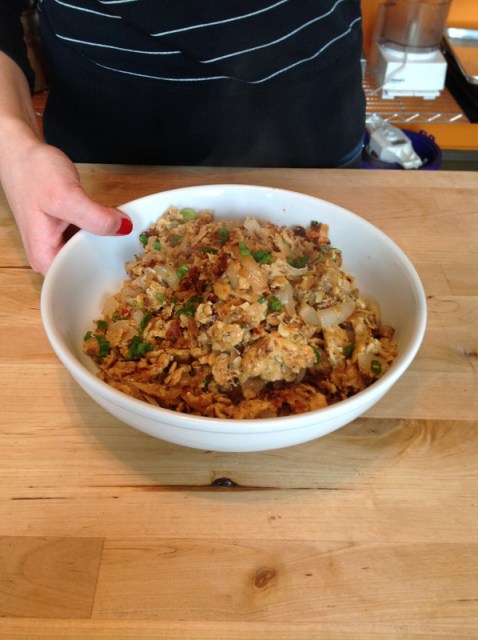 Below are recipes for both sweet and savory matzo brei. But by all means, do NOT limit yourself to my ingredient list. This can really be a “clean-out-the-fridge” meal where you toss in leftover grilled veggies or pesto from last night’s dinner, or scrape out the last spoonfuls of your peanut butter jar (though if you are anything like me, peanut butter doesn’t really exist in spoonfuls because you have to eat an entire jar in one sitting if it is anywhere near your home). 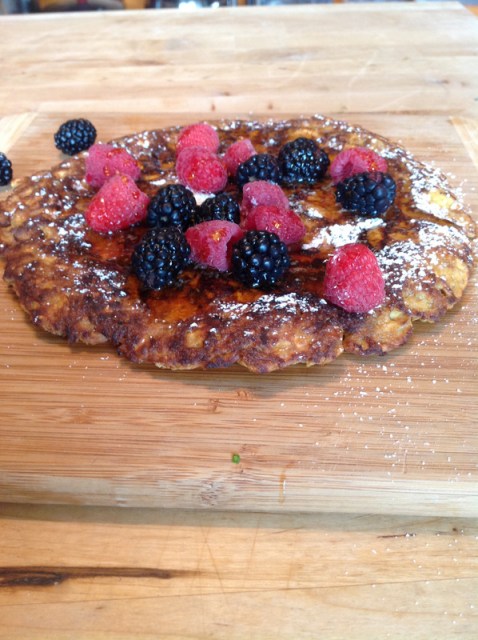 As long as you follow these five basic steps as a starting point, you can add pretty much anything to the mix and be happy about it. Chag Pesach Sameach!

1) Take out however many sheets of matzo you might need. I typically use 2 sheets per person, but I like to over-feed people. 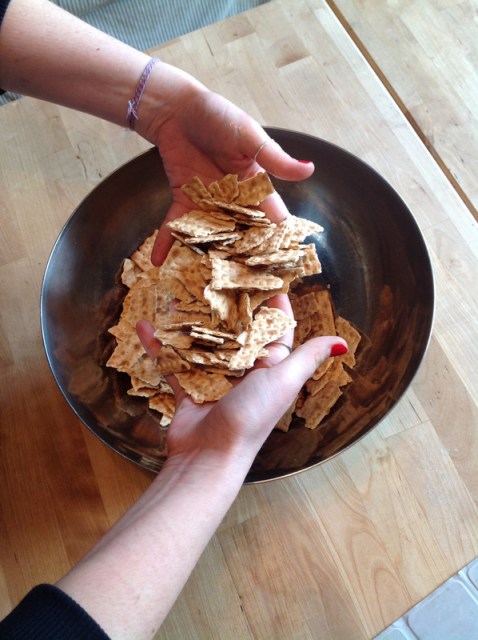 2) Crumble up the matzo indiscriminately. You want some pretty large shards and some smaller pieces as well. Try to avoid making matzo dust though. That shit isn’t useful to anyone. 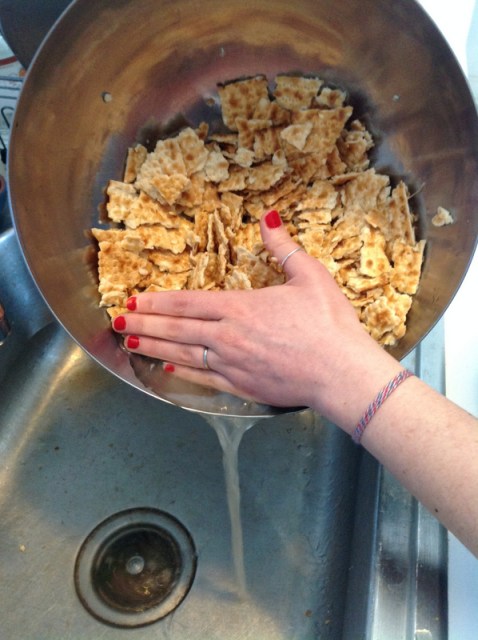 3) Run some extremely hot water in your faucet. Once it’s hot, drown the matzo for about 45 to 60 seconds, or until you feel it start to break down a bit. You don’t want it totally water-logged, but it should def be pretty soft.

4) Drain the matzo of all the liquid. Completely. Literally press down on the matzo to squeeze out any remaining water. 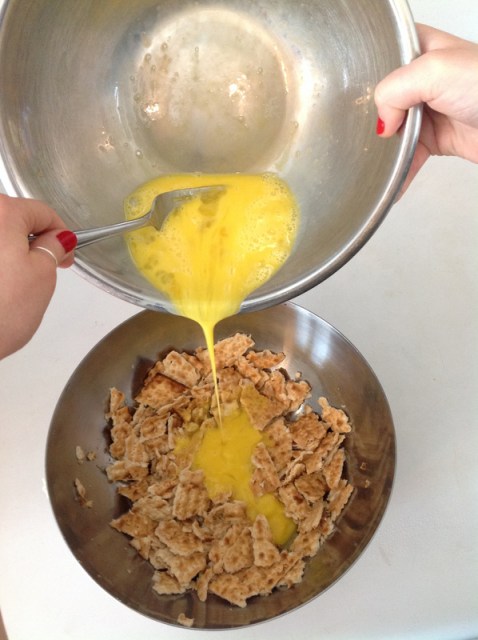 5) Mix in one egg per sheet of matzo, along with a few pinches of salt.

Now your paths diverge, and it’s time to get creative. 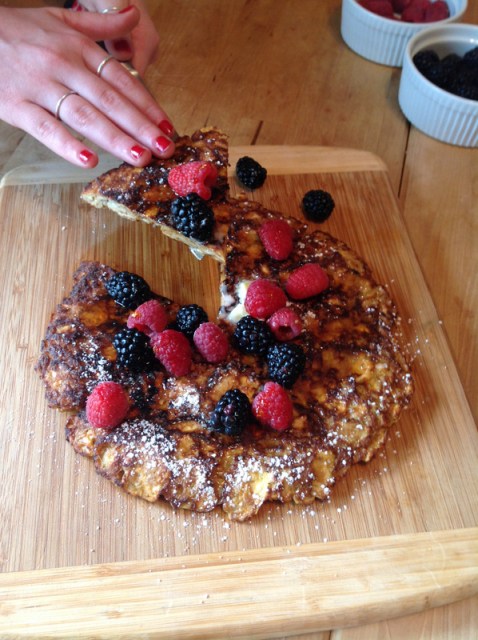 Heat up a few tablespoons of butter in a large skillet. Pour in the matzo and egg mixture over medium-high heat with a few dashes of cinnamon and a few squirts of honey. You can either scramble it up like you would scrambled eggs, or you can flatten the mixture out in the pan and cook it up in one big frittata-like disc (as shown below). Once everything is nice and browned, plate it up and pour on your toppings of choice! 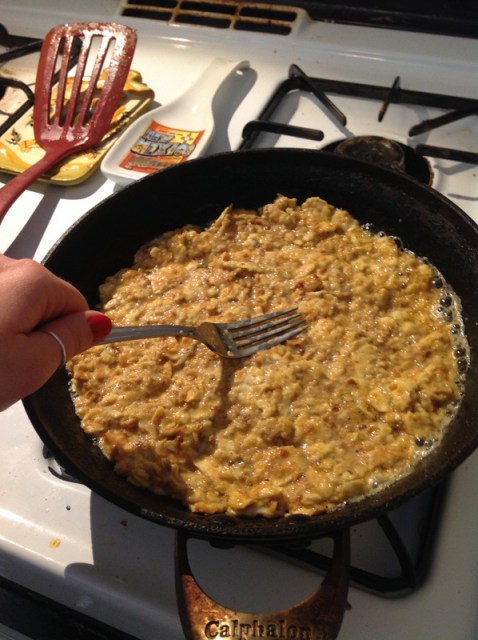 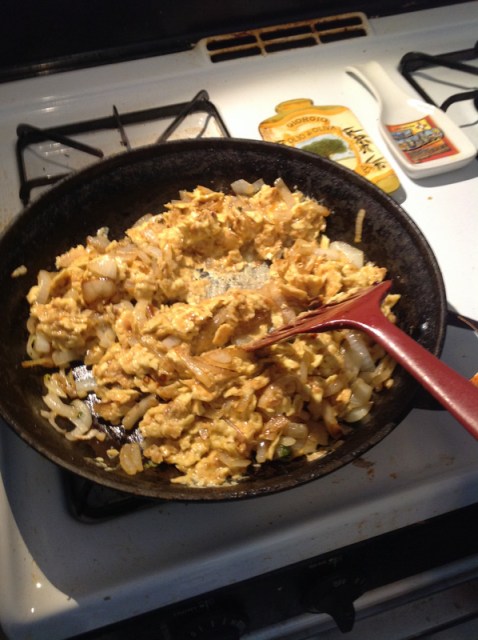 Thinly slice a medium-sized onion. Heat up a few tablespoons of butter in a large skillet with a little oil as well. (Pro tip: mixing butter with oil prevents the butter from burning at a high heat. The more you know.) Add the onions to the skillet and cook them for about 10 minutes, or until the onions get super caramelized and brown and nom. Feel free to add in some fresh garlic or any other veggies you are into as well. You can also add some spices like garlic powder, dried herbs, chili powder, really anything your little heart desires. (The version shown above has onions, scallions, and chipotle cheddar cheese.) Just make sure you add a few big pinches of salt and black pepper.

Pour in the matzo and egg mixture over medium-high heat, and scramble it up just like you are making eggs. I know it is counter-intuitive to making scrambled eggs, but you really do want some brown and crispy bits here. Once everything is nice and browned, you can add some cheese to melt in, if you are into that (I definitely am). Enjoy!

Stephanie Goldfarb is a social worker living in Chicago where she spends a lot of free time cooking hella good food to raise money for hella good causes. She also brings queerness to unsuspecting television viewers as a contestant on Food Network's America's Best Cook. Stephanie has Masters degrees in both Clinical Social Work and in Gender Studies, but prefers writing recipes much more than journal publications and case notes. Raised in a big, hungry, food-obsessed Jewish family, Stephanie learned how to cook at the age of six, and considers making food and feeding people the best parts of her life. Aside from queer sex. Because thatÕs pretty awesome. Follow Steph on Twitter for fun recipes and other food-related musings.

Stephanie has written 5 articles for us.