Republican Representative Jeff Landry of Louisiana is putting pressure on the University of Louisiana Lafayette to drop a new program that offers students a minor in LGBT studies. Since the program’s beginning earlier this year, Landry and university president Joseph Savoie have been arguing about the merits of its existence. The argument has now escalated as Landry publicly released his most recent letter to Savoie, in which he declares that the university is “placating to political pressures.” (Although we couldn’t find the text of the original letter, the fact that it’s been quoted by multiple sources suggests the misuse of “placating” is in context.) Landry claims that the university is misusing its “limited resources in the name of a political agenda” at the expense of the students — which he feels is “unacceptable.” 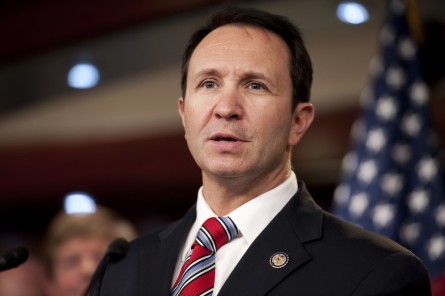 Additionally, Landry writes, “I want our young people prepared for workforce, and the LGBT minor does not assist them toward that goal.” Okay Landry, you got us here. Learning academic knowledge and critical thinking is different than learning concrete skills like computer programming.  But if you want to get rid of programs because they don’t equip students with concrete skills for jobs, you should probably look into getting rid of liberal arts in general. Please don’t do that.

Landry’s remarks have sparked a shit storm of disapproval, including a response from HRC spokesperson Charles Joughin, who told the Times-Picayune that “Educating students on the lives and history of LGBT people is anything but political.” Joughin added, “Congressman Landry may refuse to acknowledge the existence and struggle of our community, but that’s no reason to deny others who wish to learn a chance to do so.”

It is political to learn about the lives and history of LGBT people, but that it isn’t the same thing as a political agenda, and it isn’t something to apologize for. Whether or not you respect people’s agency to self-identify and whether or not you think all identities should have equal rights under the law is a highly political issue and an extremely important one. And we shouldn’t be afraid to say so.

LGBT studies programs are precious. They give us permission and guidance to learn about people like ourselves (and/or different than ourselves), people with a history and a culture that is valuable and something to be proud of. But I don’t need to tell you about that. Around these parts of the internet, there are a lot of strong, positive feelings about college LGBT studies programs. Many of you are products of these programs, many of you are enrolled in them right now and many more of you probably had to create your own private LGBT studies program because you didn’t have access to one, largely because of people like Landry.

Education is a big, important step on the path to real equality. If people were taught about the contributions of queers to society as a whole as well as our special, vibrant history and culture, it would go a long way in the overall perception of our community as deserving of basic rights, as well as supporting and validating those who do identify as queer (which is a big part of the thinking behind initiatives like California’s FAIR Act). As Landry’s openly gay brother Nicholas wrote on Facebook, “By embracing diversity and acknowledging our differences, we gain understanding. Understanding is education.”

But as it stands, you have to seek out that knowledge, and it’s a very self-selecting group of people who do so. And this debate isn’t even over a mandatory curriculum! It’s over an optional college minor with only two specifically required courses and a requirement that three courses be taken from a long list of classes like “Art Since 1945” and “Cultural Anthropology.” That doesn’t exactly sound like an intensive mandatory homosexual brainwashing extravaganza to me, but what do I know?

Regardless of how this story gets spun, it is apparent that the basic issue here is homophobia, and the belief that making knowledge about the queer community available is not only not worthwhile, but dangerous. Landry can say anything he wants about LGBT studies not preparing students for the workforce, but to deny people the opportunity to learn about a group of people can only stem from (and perpetuate) a hatred of that group, and a desire to see its marginalization continue. Also, Landry’s civil rights voting record shows that he supports keeping marriage between a man and a woman and also wants to actively prevent same-sex marriage, so if his work to prevent the LGBT minor isn’t part of a political agenda, I don’t know what is.