Books of Orange is the New Black is a tumblr dedicated to OITNB’s literary references.

Malinda Lo, in an interview with the Hub, discusses what she thinks about labelling books across genres and potential audiences:

“I don’t mind, because I know that labels can be a useful way to find something you’re interested in. I also want LGBT teens — especially queer teen girls — to know that my books exist, and if those labels put my books in their path, all the better.

On the other hand, I don’t believe my books can be reduced to any one label or category, and nor can most books. I hope that people who categorize them in specific ways also understand that there’s more to my books than those categories. For example, if librarians like to note that my books have lesbian and bisexual characters, that’s great, but don’t forget they’re also fantasies, fairy tales, or science fiction thrillers.

Finally, it’s very important to remember that simply because a book has queer characters does not mean that only queer people can read them. I’m an Asian American lesbian, and I’m capable of enjoying books about straight white people. It works the other way around, too.”

BiDyke has a massive resource list — including zines, reports, articles, chapters and books — for anyone interested in bisexual theory.

There is not a lot of diversity in children’s books. 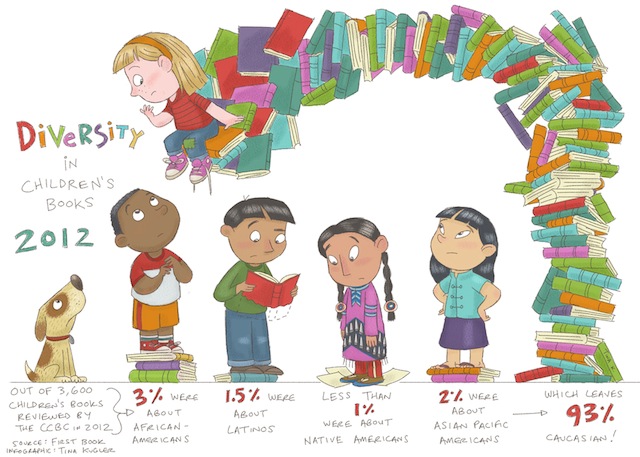 The best websites for people who like reading about books include the Millions, the Rumpus, Guernica, Granata and more.

Jodi Angel, author of You Only Get Letters From Jail and many short stories, spoke to the Rumpus about exploring, the idea of “the other,” learning to drive, sexuality and desire.

Dorthy Baker’s Cassandra at the Wedding is Emily Books’ August pick and it looks fantastic. 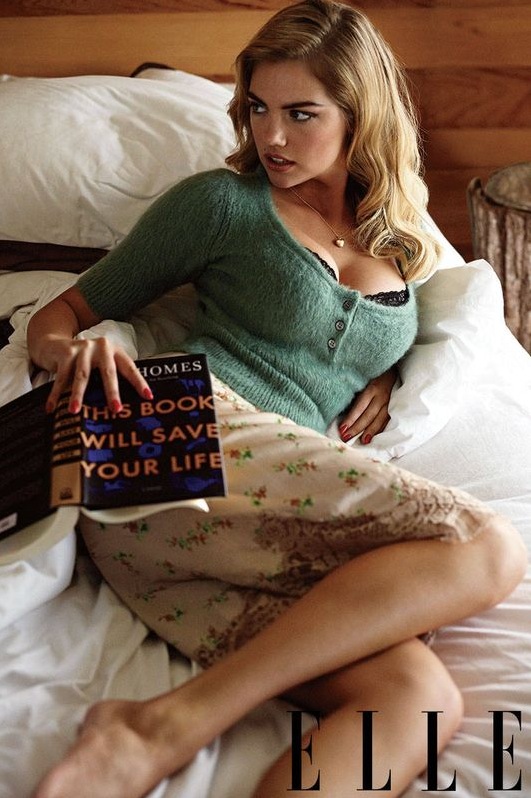 Renowned romance novelist Danielle Steel is still a writer and is sick of people, specifically men who are often in business, belittling her job.

Librarians sometimes save the world more literally than other times.

The Rumpus interviewed Rachel Kushner, author of The Flamethrowers, about art and revolution, appearances and authenticity and more. 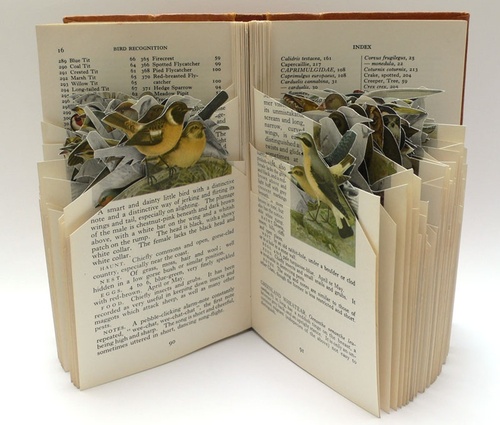 The book covers that didn’t make it, next to the ones that did.

If you’ve been looking for some YA fiction to read or feel like getting drawn into long extended conversations with those around you about whether or not they’ve read Anne of Green Gables, your search is over.

Women spend the most on books, according to a new report. 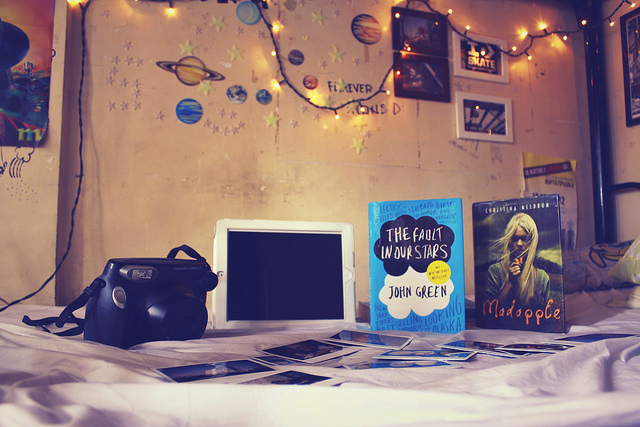 via yo it’s me shane

At the Lesbrary, Kristi reviewed Ascension, a novel in the Tangled Axon series by Jacqueline Koyanagi. Danika reviewed Lies About My Family, a memoir by Amy Hoffman. Anna reviewed Desert of the Heart, a novel by by Jane Rule.

At Brain Pickings, Maria Popova discussed The Big Feminist BUT: Comics about Women, Men and the Ifs, Ands & Buts of Feminism. 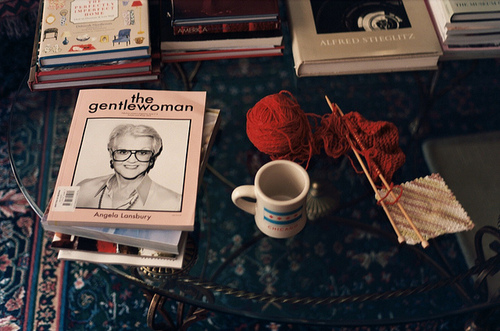 These Two Weeks in Literature on Autostraddle: 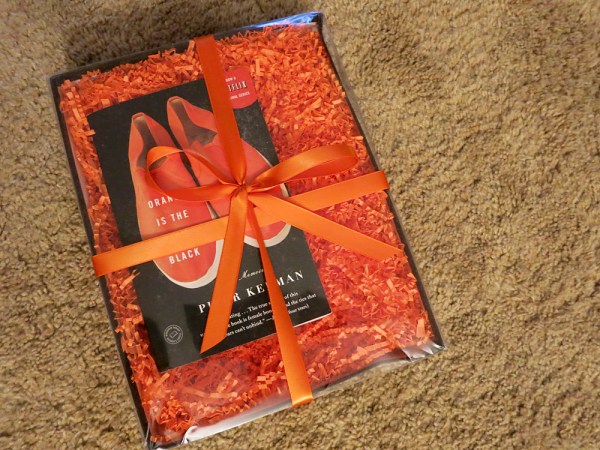 via PB and J Magazine

August 14, Chicago: The next meeting of the BTQ book group will be reading Plural Loves: Designs for Bi and Poly Living by Serena Anderline-D’Onofrio at the Gerber Library (location TBA), 7:30 p.m. 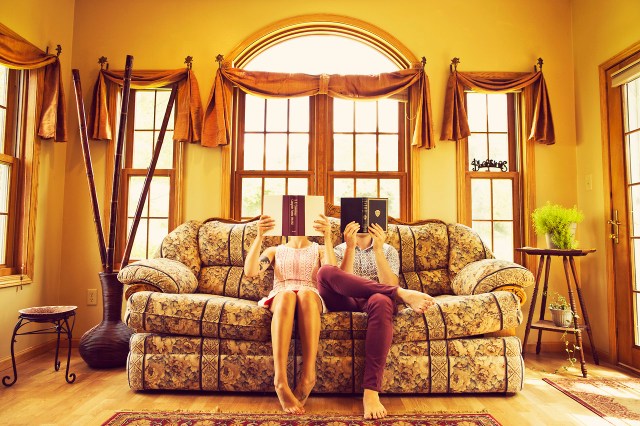 Riese: I finished Michelle Alexander‘s The New Jim Crow: Mass Incarceration in the Age of Colorblindness and of course it was excellent, and I think you should read it. It’s like on that list of non-fiction books that everybody should have to read in order to be a human, like Fast Food Nation and Savage Inequalities and shit. Anyhow! Now I’m reading Susan Cain‘s Quiet: The Hidden Power of Introverts In a World That Can’t Stop Talking to prep for a workshop Crystal and I are doing at A-Camp. Then guess what showed up in the mail??? How to Slowly Kill Yourself and Others in America by Kiese Laymon! I wish I didn’t have to run this business so I could just read all the live-long day.

Carolyn: Recently, I read Justin Hall’s No Straight Lines: Four Decades of Queer Comics, an anthology of the best queer graphic art that is as much a primer in what it was like to be queer since the late 60s as it is an overview of the most essential comic work. A lot of the excerpted work discusses identity and making out, and though I would have preferred less of a spotlight on gay men, the book includes multiple sexualities and gender representations. It also features artists such as Alison Bechdel, Jennifer Camper, Tim Barela, Lee Mars, Erika Moen and tons more, and gives a great overview of where the aesthetics of queer comics come from.