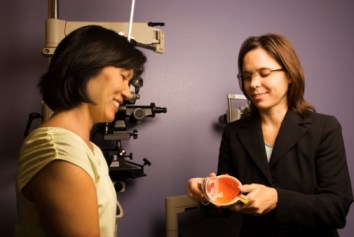 "this is what the inside of a lesbian looks like"

For the past few years the chuckles inspired by writing “homosexuality” as my “method of birth control” on medical forms was enough to override the annoyance of being asked at all, but with each new doctor it gets progressively more perplexing how casually heteronormative so many  doctors/nurses are, even in cities like New York and San Francisco. (Planned Parenthood is a rare exception!) I’ve probably come out to more doctors and nurses than I have family members at this point. It can be particularly uncomfortable for bisexual people and super-super-super uncomfortable for transgender people which is all part of the giant issue of why LGBTQs smoke/drink more, visit the doctor less, are less likely to have health insurance, are more likely to have mental health disorders and so forth.

Well someone is hearing our cries of pain — not the cries from getting a speculum jammed up your vadgeholes! The cries of internal pain inspired by  ‘the feeling of saying no you don’t have a boyfriend but not knowing if you should volunteer subsequently that you do have a girlfriend.’ The New York Times reports:

[New York] city’s Health and Hospitals Corporation, which runs public hospitals, has decided that it needs to reduce the likelihood that such awkward, inconsiderate, questions will be asked. With the help of an advocacy group, the National LGBT Cancer Network, it has put together a training program that will be required of all 38,000 system employees, from physicians to clerks.

H.H.C. officials said that research suggested that gay, lesbian and transgender patients were more likely than others to avoid medical care because they feared encountering unsympathetic or even hostile health care workers. The training is intended to teach workers to be less judgmental, and to ask open-ended questions that make patients feel more comfortable talking about their sexual and romantic relationships.

This “landmark curriculum” was launched at Bellevue Hospital this week, where the new training video, “To Treat Me, You Have to Know Who I Am: Welcoming Lesbian, Gay, Bisexual and Transgender Patients into Healthcare,” was screened to LGBT activists, healthcare providers and “elected officials.” We can only assume it received a standing ovation.

So what kinds of things will be addressed?

For instance, said Liz Margolies, founder of the National LGBT Cancer Network, a doctor examining a breast biopsy would be counseled not to ask the woman if she wanted her husband in the room, but rather to ask something like, “Is your partner in the waiting room?”

These seem like little things, of course, but a doctor’s office is arguably the one place on earth where complete honesty and full disclosure is necessary to guarantee effective treatment — where keeping things to yourself only hurts you in the end. Ensuring patients can be honest even about things unrelated to their health creates an honest environment wherein subsequent truths come more easily.

The National LGBT Cancer Network is a leading advocate providing this kind of training. Here’s a video from them:

It would be really neat if everyone in the whole country could follow New York’s lead, like they did with cupcakes.

If you’re in need of an LGBT-friendly doctor, check out this directory of providers from the Gay & Lesbian Medical Association. We talk about this from time to time here, mostly w/r/t gynecology but what about the rest of it? How are you treated by your doctor?