Last December, Fonseca took you on a tour of a world you probably didn’t know existed: the business of LGBT retirement homes. As an active member of queer communities hearing about it for the first time, it was hard not to wonder what what else LGBT elders were experiencing. These are the people who changed society for us and yet for all their work they’re nearly absent from discussion of queer lives today. SAGE, an organization that provides Servies and Advocacy for GLBT Elders, is working to change that.

Their most recent report goes a step beyond, asking us to consider the additional disparities that LGBT elders of color face as they age. The brief is a much needed solutions-oriented report on existing barriers to equity for LGBT elders of color, policy surrounding the issues and recommendations for remedying these problems. The ten areas explored focus on a few main themes: finding accurate data to better target areas of need, providing appropriate and beneficial services, creating policy that allows LGBT elders of color to advocate for themselves and addressing structural discrimination that has challenged and continues to affect members of these groups.

As people in two disadvantaged groups, LGBT elders of color face a unique set of challenges. Currently, there are over 40 million U.S. adults aged 65 and older, a number expected to double by 2050. In forty years, there will be around 3 million LGBT elders and over 40% of the entire older population will be people of color. With this specific segment growing, uncovering information about who they are will only become more critical in fighting health disparities. As the report points out, sexual orientation is rarely asked in federal and state surveys, meaning that sample sizes of other, smaller studies are often too small to draw conclusions. SAGE suggests that government agencies should include questions about sexual orientation and gender identity and advises that federal funding be set aside to test “age-appropriate methodologies” for groups of people who don’t necessarily use the same language or identify in the same ways as their younger LGBT counterparts.

The idea behind finding a methodology that works for this demographic falls in line with another theme in the report: providing appropriate services. With GB men, trans* people and communities of color disproportionally affected by HIV/AIDS, older people who fall into one or more of these groups are at an especially high risk. Thanks to new anti-retroviral treatments, though, these people are living longer; 40% of people living with HIV are 50 or older and projections show that soon that number will be more than half. New HIV infections are also rising among older Americans. Despite these trends, there are few programs – community-based or federal – aimed at aiding elders with HIV/AIDS and age- and risk-based screening remains a common practice. Linguistically speaking, many LGBT elders of color are also provided with inadequate care. Many of them, especially Asian and Pacific Islanders and Latin@s, speak English as a second language. SAGE hopes to see government agencies begin working with community-based organizations to develop services that are useful for and accessible by the people that need them. 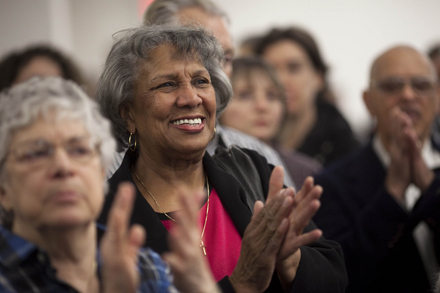 Of course, all this research and development isn’t the ends but the means to bring equity to aging LGBT people of color. While community programs are essential for success, SAGE isn’t shy in pointing out the work that the government needs to do. In plenty of cases, discrimination in still written in our laws. The Older Americans Act – a federal initiative that exists to “secure equal opportunity  to the full and free enjoyment of” aging – contains no protections for LGBT people. It’s currently up for reauthorization (a process wherein Congress can update existing legislation) and is ripe for a change that is inclusive of LGBT elders of color. This would provide a starting point and a safety net for LGBT people of color experiencing elder abuse who are either unable to report it – for fear of backlash, due to language barriers, or because of “a reluctance to engage with law enforcement officials based on a history of mistreatment from the law”– or who have no legal recourse.

Much of the discrimination they encounter, though, is no longer as explicit as it once was. Far from residual, the effects of years of discrimination have led to the current inequality LGBT elders of color face.

SAGE sees increasing funding for this population and removing discriminatory restrictions on resources as meaningful ways to remedy the sins of the past. Specifically, increasing funding for housing, including transition-related medical expenses in federally-funded health programs and increasing access to social security for LGBT elders.

For some of us, aging seems like a distant stage of life. But the reality is it’s happening to all of us – right now. One day, those of us who are 25, 30 or 40 now will be part of the older generation. For those that are already encountering all the inequalities that our system has to offer, though, the need for change is more urgent. While they work for their own health and well-being, we can help by advocating for legal change and working in community centers. Our elders, especially those who are people of color, have fought to give us the rights we have today and to pave the way for more change; isn’t it time we gave back? 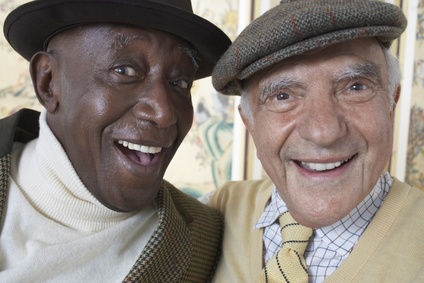