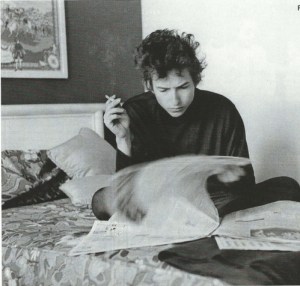 HELLO and welcome to the 72nd installment of Things I Read That I Love, wherein I share with you some of the longer-form journalism/essays I’ve read recently so that you can read them too and we can all know more about Gia! This “column” is less feminist/queer focused than the rest of the site because when something is feminist/queer focused, I put it on the rest of the site. Here is where the other things are.

In Mississippi, The Murder of a Gay Black Politician (March 2013), by Ben Terris for The National Journal  – “It’s tempting to think Marco McMillian was killed because of his race, his sexuality, or because he was running for mayor. The truth is more elusive.”

The Hell of American Day Care (April 2013),  by Jonathan Cohn for The New Republic – About how this country totally fails at day care and then sometimes kids actually end up dead. Which isn’t exactly what I thought they meant by “care.”

Thing of Beauty (November 1988), by Stephen Fried for Philadelphia – Firstly, the way they talk about gay women in this article is fucking hilarious, it’s so antiquated. Also, it’s about Gia Carnagi, so you’re obviously gonna read it. Also in part two of the story, a dude in 1988 talks about rape like a dude in 1988, so brace yourself.

How Jenna Lyons Transformed JCrew Into a Cult Brand (April 2013), by Danielle Sacks for Fast Company – Jenna Lyons, my fashion icon! It’s really hard for me to disassociate J.Crew from its ubiquity at my boarding school as the retailer-of-choice for light blue uniform shirts amongst the kids who could afford it, but I think this article officially did it. Also Jenna Lyons is gay, so. A lot of gay/fashion here today.

A Fate Worse Than Death (March 2013), by William Blake for Solitary Watch – “Had I known in 1987 that I would spend the next quarter-century in solitary confinement, I would have certainly killed myself. If I took a month to die and spent every minute of it in severe pain, it seems to me that on a balance that fate would still be far easier to endure than the last twenty-five years have been.”

Homeless to Harvard (August 2010), by Jeanne Amber for Essence Magazine – As the title suggests, this story has a happy ending.

My So-Called ‘Post-Feminist’ Life in Arts and Letters (April 2013), by Deborah Copaken Kogan for The Nation – “The lack of respectful coverage, the slut-shaming and name-calling, all the girly book covers and not-my-titles despite high literary aspirations, has worn me down, made me question everything: my abilities, my future, my life. This is what sexism does best: it makes you feel crazy for desiring parity and hopeless about ever achieving it.”

The Kings of Q*bert (March 2013), by Michael Weinreb for Grantland – Some people play video games for days and days to break records and stuff, which seems totally insane, and probably is. It sounds sort of like my own personal hell.

Night Prom (October 1995), by Jeanne Marie Laskas for Allure – “And do you know what else I like? I like that this prom is going to be over in 12 hours! And I can’t wait! Because we are not saying your name, Christi. Do you hear? We’re not going to talk about you anymore, Christi, we’re going to talk about… me! Me, me, me! I’m going to wake you up in the morning and say, ‘Do I look pretty?’ OK? For three days!”

He Who Makes The Rules (March 2013), by Haley Sweetland Edwards for The Washington Monthly – This is really interesting stuff to know about our government! – Barack Obama’s biggest second-term challenge isn’t guns or immigration. It’s saving his biggest first-term achievements, like the Dodd-Frank law, from being dismembered by lobbyists and conservative jurists in the shadowy, Byzantine “rule-making” process.