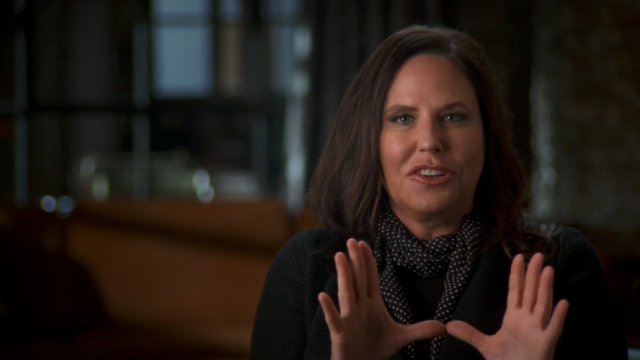 May the odds be ever in your favor. LOL, JK.

Last night Marlene King, Gamemaker and Taskmaster of the Rosewood Hunger Games, called a mandatory ceasefire to allow our favorite tributes the chance to clean up, check in with their loyal fans, and pay their respects to the contestants who have fallen on their journey to finish “senior year.” The tributes from District That One Street— Spencer Hastings (“the smart one”), Hanna Marin (“the fun one”), Emily Fields (“the lesbian one”), Alison DiLaurentis (“the I don’t need your labels to have sex with Emily Fields one”), and Aria Montgomery (“the earrings one”) — spoke from the Capitol about their scariest moments in the arena, the things they love about murder, and how they find time to canoodle even though their lives are in constant peril. 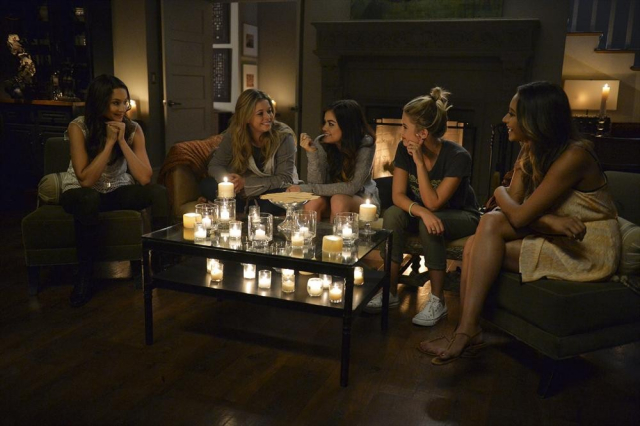 Aria, I hardly recognized you without your gold-lamé jacket over skull print t-shirt and dragon scale pants.

Many men have been murdered in the Rosewood Hunger Games, a thing some would call “fair” and “righteous” due to their creeping, peeping, molesting ways.

Ian Thomas from District Barn was remembered for chopping vegetables creepily and impregnating Melissa Hastings with a demon fetus. He died by getting hanged in the belfry of a church. Garrett Reynolds from District Police Department was killed and stuffed in a box and thrown from the Nightmare Express Halloween Train after agreeing to blow the whistle on the N.A.T. Club’s voyeurism ring. Detective Wilden, also from District Police Department, was stuffed merrily into the trunk of his own squad car after a series of events that started with him forcing Ashley Marin into prostitution and ended with Hanna reminding us that sometimes you must be the one to poke the bear. Lyndon James from District Dudebro received a fatal stab from his own pocket knife at the hands of Emily Fields high atop a lighthouse after stalking and murdering one of her girlfriends and kidnapping the other one.

No moments of silence were necessary for these assholes. 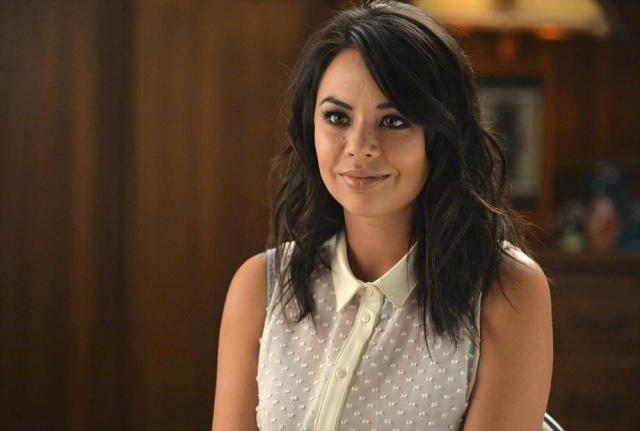 Mona Vanderwaal of District Vanderjesus, Shana Fring of District Costumeshop, Maya St. Germain of District Youth Fountain, and Jessica DiLaurentis from Out of Town were also honored as fallen tributes. Kind of. Shana Fring has possibly returned to life as a zombie (witnessed by Aria Montgomery). And Jessica DiLaurentis — who, according to the drawings of a teenage asylum patient, was eaten alive by Godzilla — wasn’t exactly honored on account of she buried her own daughter alive in her backyard. Maya St. Germain, however, was honored and is still mourned to this day. Having once escaped the clutches of a patriarchy-pushing, wild-eyed Pam Fields, no one thought Maya would meet her maker at the hands of her fake cousin. Alas.

Mona Vanderwaal also was honored seven times to celebrate the seven incarnations of her perfection. Nerdy Mona who sang in church in pigtails. Madhouse Mona who reminded Aria that She Is a Killer Not Ezra’s Wife. Mostly Gay Mona who held hands with Hanna Marin and repeatedly bemoaned the fact that they weren’t kissing. Nurse Mona who wrote prescriptions for poison sports cream. Indestructible Mona who fell off a cliff and walked away with nary a scratch. Glamping Mona who threw a high fashion rager in the woods. Adrenalized Hyperreality Mona who would like you to fucking deal with it. And doll Mona who was a doll that looked like Mona but was still more effective than you or I will ever be.

Pants Parties in the Arena 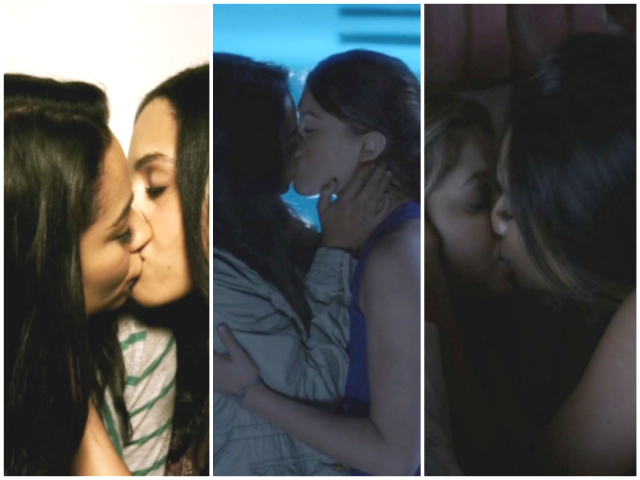 I volunteer as tribute!

The Pretty Little Tributes took a moment to remember the men and women who got into their pants during their downtime between being chased, run over, run under, arrested, stalked, filmed, drowned, framed, caught in bear traps, fed into wood chippers, sawed in half, trolled by parrots, interrogated, drugged, drilled on, and gifted corsets and jewelry made of their dead best friends’ doppelganger’s bones and teeth.

Hanna reflected fondly on Caleb, the hobo with a heart of gold who once kind of broke up with her to go investigate the mystery of his perpetual death in a town shrouded by Instagram filters.

Spencer swooned over Toby, a millionaire teenage handyman with abs that look painted on and a chin dimple you just want to poke with such affection.

Aria looked back on the night she found out her high school literature teacher knowingly seduced her at the age of 15 to launch full-scale surveillance war on her and her friends.

And Emily relived the time she spent smooching in a photo booth with Maya St. Germain, flirting adorably with Samara Cook, planning a future with Paige McCullers, and making out all night with Alison DiLaurentis. She has had the most love between murders, possibly because her face is heaven.

Much Axes, Many Near Deaths 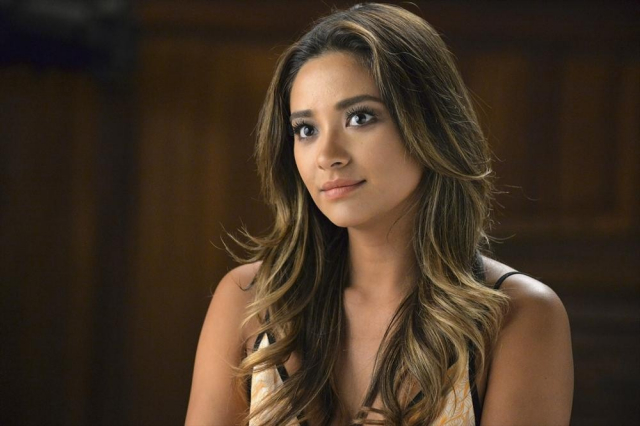 My superhero name? I dunno. Embae Ladyslayer. Something like that.

The Tributes from That One Street each shared their scariest moment in the arena so far.

Spencer Hastings was most scared when running from Mona’s car, which is incorrect. The scariest thing she experienced was realizing she was dumb enough to apply to an Ivy League university by giving her application to a 20-year-old boutique owner in the woods in the middle of the night.

Hanna was most scared when she was trapped in a room full of mannequins, which, again, is incorrect, since it has been proven that mannequins are not to be feared but are instead to be wielded as weapons against serpents.

Emily is never scared because her bloodlust requires her to sacrifice one straight man by the light of each harvest moon. Also a car smashed into her living room and every woman she has ever loved has been dead for at least a little while. What does she have to lose at this point?

Ali’s scariest moment was when her own mother stuffed her in the ground in the backyard.

Aria’s scariest moment was her own face on that ski lift.

All I Want for Christmas is Boobs

The Rosewood Hunger Games will return on December 9 to destroy the life of someone you love just in time for Christmas. Also, Paige “Everybody Wants More Scenes With Me” McCullers is going to break out some Santa boxers apparently, so fa la la la bow chicka la la!

Gives a whole new meaning to a guy in a red coat who sees you when you’re sleeping, huh?

I started recapping Pretty Little Liars on AfterEllen a million senior years ago when the pilot episode aired. The show was so insane-amazing I asked my friends to live-tweet with me using the hashtag #BooRadleyVanCullen. (I don’t know. I was young and dumb and Twitter had just been invented.)

Anyway, here we are six years later and our community has become one of the best parts of the show, just a whole gaggle of queer women making jokes and shouting and swooning together. The writers, actors, and directors get involved with us too. So, if you’re a long time #BooRadleyVanCullen-er, hi! And if you’re brand new to the fold, welcome! I would love it so much if you would tweet with us.

The end of the series had better not reveal that this whole show happened within a snowglobe. #BooRadleyVanCullen

Main takeaways: Shay and Ashley are in love. Paige will be in Santa boxers. #BooRadleyVanCullen — Foxy Cleopatra (@njnic23) October 22, 2014

My take away from the #PLLHalloweenSpecial I don’t know what I’m going to do without these characters. #BooRadleyVanCullen

Paige and Emily waltzing. WALTZING! This is NOT A DRILL, people! #BooRadleyVanCullen #PLLHalloweenSpecial #Paily #PLLChristmas

Emily really is there for all the girls! Nice, double entendre #BooRadleyVanCullen

I can’t really be snarky watching this. The production designers are awesome. Now I have to look for As everywhere #BooRadleyVanCullen

EVERYONE WORK WITH PAIGE EVERYONE GETS A PAIGE PAIGE FOR ALL #BooRadleyVanCullen — Ariana’s Ponytail (@NayaCutYoNails) October 22, 2014

“To making it to senior year!” <— Four years ago. #BooRadleyVanCullen

All I want to know is, are the baked goods real? #PLLHalloweenSpecial #props #BooRadleyVanCullen — Dana Piccoli (@DanaPiccoli) October 22, 2014

I’m pretty sure if Paige ends up being bad I wouldn’t be able to eat or go to work or leave the house. #PLL #BooRadleyVanCullen

If it’s a Romeo and Juliet story you two should both be dead by now. #PLLHalloweenSpecial #BooRadleyVanCullen

Emily gets the most relationships because she is the hottest. Also bc it rains lesbians in Rosewood #BooRadleyVanCullen

Love Shay, killing a guy would “probably” be one of Emily’s scariest moments. Probably…this show…lol #booradleyvancullen

They just had to bring up Ravenswood. This is why we can’t have nice things. #BooRadleyVanCullen — whitney (@its_whitney) October 22, 2014

“What’s it like working with all those hunky guys?” Shay: *cuddles Ashley* “I wouldn’t know.

I am so glad to be recapping Pretty Little Liars here on Autostraddle!

An enormous thank you to to Nicole (@PLLBigA) for being the best screencapping partner in the whole world!