This review contains light spoilers for the documentary LFG.

Last night, the US Women’s National Team kicked off their send-off series: back-to-back matches with Mexico before the team — now boasting a roster of 22 players — heads to Tokyo for the Olympic games. It was resounding 4-0 victory for Team USA: a brace for Christen Press, a sisterly connection from Kristie to Sammy Mewis and a triumphant return to the pitch for Tobin Heath. And despite the rain that pelted Rentschler Field for the entirety of the match, over 21,000 fans came out to cheer on the team.

And while it’s hard to imagine the US Men’s National Team in a similar situation — after all, the team hasn’t qualified for the Olympic field since 2008 and often trails the USWNT when it comes to crowd size — one thing seems certain: if there were men on the pitch last night instead of women, they’d be getting paid more. It’s that discrepancy that’s at the center of a new documentary from CNN Films called LFG, an abbreviated version of the USWNT’s rally cry, “Let’s fuckin’ go!” 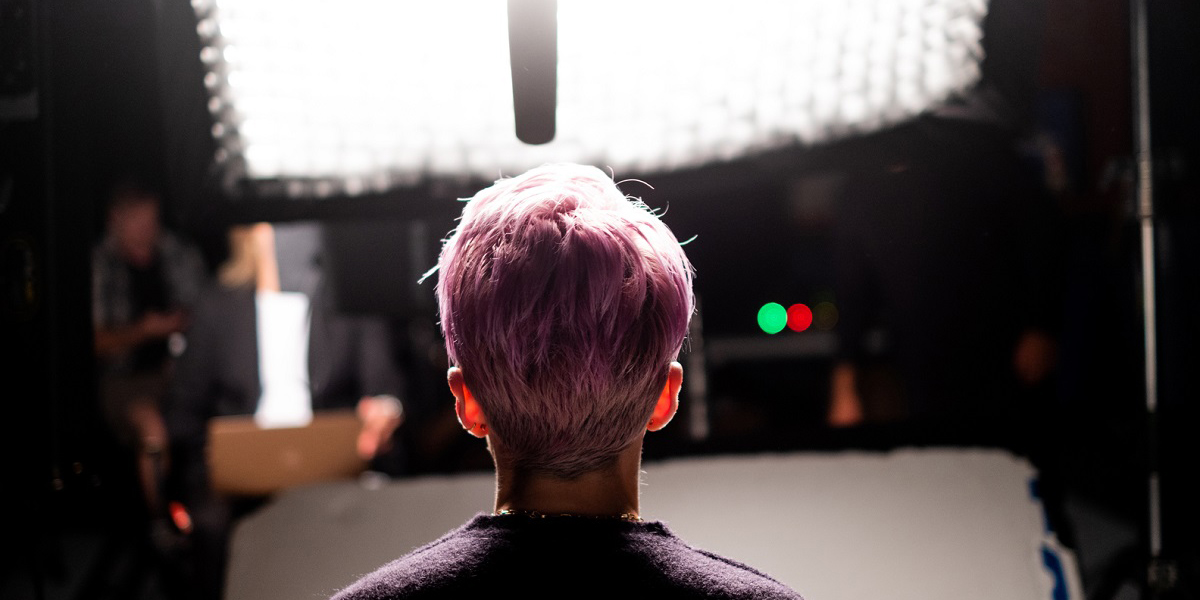 The documentary follows the progress of the USWNT’s 2019 gender discrimination lawsuit against the U.S. Soccer Federation, filed just months before the start of the Women’s World Cup (on International Women’s Day, no less). The suit alleges that, in failing to provide equal pay for the men’s and women’s national team, the federation violated portions of the Equal Pay Act and Title VII of the Civil Rights Act. In LFG the team’s lawyer, Jeffrey Kessler, lays out the how the Federation’s discriminatory practices manifest:

LFG is not unbiased. Co-directors Sean and Andrea Nix Fine’s sympathies are clearly with the USWNT. Though a placard early in the film says that overtures were made to get USSF to join the conversation, the federation told the Washington Post that the invitation came too late and that they didn’t trust the filmmakers to fairly represent their position.

Instead, on the day of the documentary’s HBO Max release, the Federation released a statement, via Twitter, that said that the film contains “a concerning level of dishonesty about U.S. Soccer and the USWNT’s compensation.” The federation claims that they want an equitable solution to the problem — the fact that they had a “Equal Play = Equal Pay” banner taken down just last night makes me doubt their sincerity.

The strength of LFG — and, honestly, the reason that USSF is worried about its reach — lies in the way it crystallizes the emotional toll the federation’s discrimination and the lawsuit has wrought. There’s no time for the team to celebrate their 2019 World Cup win… they have to use the moment to, essentially, defend their equality to the world. For USWNT forward, Jess McDonald, the fight for equality is about creating a better life for her son. Her insufficient salary means that McDonald relies on another job as a coach (in addition to her job with her club team) along with help from her chosen family in North Carolina just to make ends meet. It also means that, with every call-up to the national team — an accomplishment that ought to bring nothing but joy — she’s forced to leave her son behind because she can’t afford a travelling nanny to join them on the road. While she hopes that Jeremiah will one day take her absence as a valuable lesson about the importance of chasing your dreams, the heartbreak that she feels as she leaves is palpable.

LFG takes the audience from the hubbub around the initial filing to the 2019 World Cup to mediation to a ruling from a federal court judge in May 2020… and it is an emotional rollercoaster. The highs feel astronomical: reliving the 13-0 thumping of Thailand in the World Cup or recalling the moment when Megan Rapinoe said, “I’m not going to the fucking White House.” But it’s the insight into the moments that we didn’t see — the harder, more challenging moments — that are the most compelling. You get to witness Becky Sauerbrunn and Kelly O’Hara’s frustration at the Federation’s complete disinterest in engaging in mediation. You see McDonald, Sauerbrunn, O’Hara and Rapinoe’s anger when the details of USSF’s legal strategy were revealed.

“U.S. Soccer’s main legal strategy was that the women don’t deserve to be paid fairly because we have less responsibility on us as a player for the U.S. National Team because we’re biologically inferior,” Rapinoe explains.

The Federation apologized and the revelations set off a wave of resignations, including the USSF’s legal team and its president. It also, seemingly, deepened the players’ dedication the cause — which only makes the reaction to the federal court’s decision in May 2020 even more heartbreaking. The details of the conversation are withheld to protect confidentiality, so LFG wrests its portrayal on the facial reactions of the players. That these scenes are filmed by the players in isolation at the start of the pandemic quarantine makes it that much more arresting.

“Yes, it’s a setback, and, yes, it’s a disappointment,” Mewis admits. “But we did this for a reason, and it’s going to take a lot more than this to stop us in our tracks.”

“Ultimately, it’s not like us against them,” Rapinoe clarifies in the documentary. “If they win, no one wins. If we win, everyone wins.”