In an interview at Broadly, the Unrest Collective’s Sri Taarna discussed the feminist zine scene in Indonesia, noting:

“I think people sometimes feel intimidated to make their first zine, they think they need to be a professional writer or artist, but it’s actually really easy, and it’s a zine. There are no rules! You can make whatever you want about literally whatever you want. It’s my hope that people see zine making as an egalitarian space where their voices deserve to be heard just as much as the next person regardless of their gender, sexual identification, or educational, creative, or class background.”

Carmen Maria Machado, author of Her Body and Other Parties, talked to Hazlitt about fabulism, how “writing is inextricable from the body,” body horror and more: “Bodies are terrifying; they’re powerful and fragile, bloody and imperfect, uncanny, impressionable vehicles that carry our minds from birth until death. And of course they’re inherently haunted.”

Kyle Lucia Wu recapped the inaugural Well-Read Black Girl Writers’ Conference & Festival for Lit Hub, noting: “There was so much that mattered on display that day, just as there was so much room for joy, so much contrariness and meaningfulness and visibility, with the well-read black girls in their rightful place: in the spotlight.” 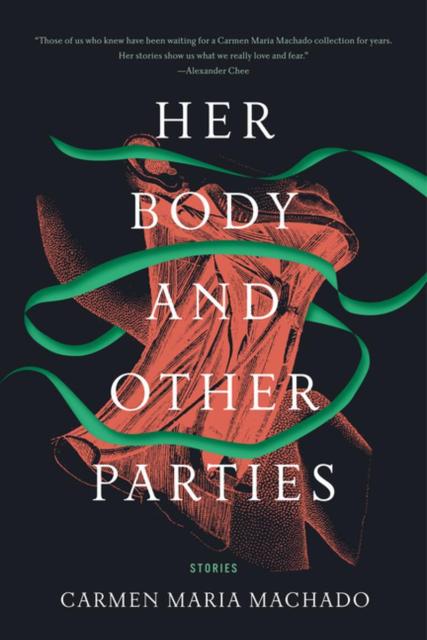 Her Body and Other Parties

Merriam-Webster is for the word “Latinx.”

Danielle Steele’s desk is just a giant pile of her books.

“It’s very strange.” Magdalene Visaggio on being one of the first out trans women to work with the big two in comics.

“Her work sees little point in exploring happiness, productivity, or self-understanding. Her focus is the void,” writes Sheila Heiti of Fleur Jaeggy.

It’s interesting to think about it like book collecting.

At the Awl, Bryan Washington discusses how writers of color rarely get to escape “the umbrella of autobiography,” noting:

“It doesn’t matter where we’re coming from. It doesn’t matter what we’re writing about. What matters is that this audience, which is to say the audience inclined towards reading supposedly literary fiction, and the editors and the agents and the critics and the educators upon whom the genre’s laurels mostly rest, at least on paper, is predominantly white. But once every third blue moon, they’ll come across an author who is not; and her contributions to the canon are treated as anthropological excavations, and as crossovers for mass (white) audiences, rather than intentionally crafted art.”