Sure, we’re in the news all the time doing newsy things, like passing laws and coming out while famous, but sometimes it feels like queer women and their first-person feelings don’t exist on the internet outside of our little bubble. Other times, it feels like cyberspace can’t get enough of us! It’s about time, too, because it’s always been obvious to us that descriptions of queer-lady feelings make for great articles. Here’s a round up of lady blogs and mainstream websites/newspapers that are recently abuzz with words straight from the mouths of queer girls. But some of these had me raising my eyebrows pretty hard, so I’m interested to hear what you think in the comments. 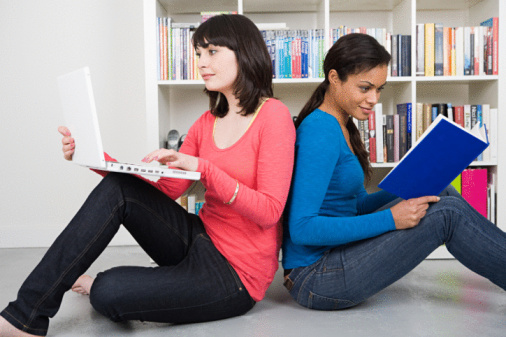 1. 5 Things Never to Say to Lesbian Moms, on The Stir

“Which one if you is the real mom?”

2. Separating the fact from lesbian fiction, on Star Observer

3. Girl Talk: I’m A Lesbian Who Loves Channing Tatum, on The Frisky

“When I came out as a lesbian, my mom cited my rabid N’Sync fandom as evidence that I was obviously mistaken. She was certain that my liking a group of effeminate, nearly prepubescent boys, gyrating to songs about feelings was indicative of my heterosexuality. I’ve used that story as the punch line to my coming out for years. But just recently, I’ve found myself yet again defending my sexual preferences to my own peers in light of some my pop culture life choices, namely ‘Magic Mike.'”

4. First Time For Everything: Hooking Up With A Woman, on The Frisky

5. My Lady-Date Is Hotter Than Me And I’m Trying To Be An Adult About It, on xoJane

“I think all the people I date — and, let’s be real, most of my friends — are hot like burning. Dating Alison is the first time, though, that I’ve ever had people consistently meet my partner and immediately turn to me as soon as they leave the room to inform me how smokin’ she is. Guys, ladies, other folks, it doesn’t matter: the minute Al goes in search of a whiskey ginger, they’re telling me all about how lucky I am to be kissing that face.”