Let me introduce our contenders: 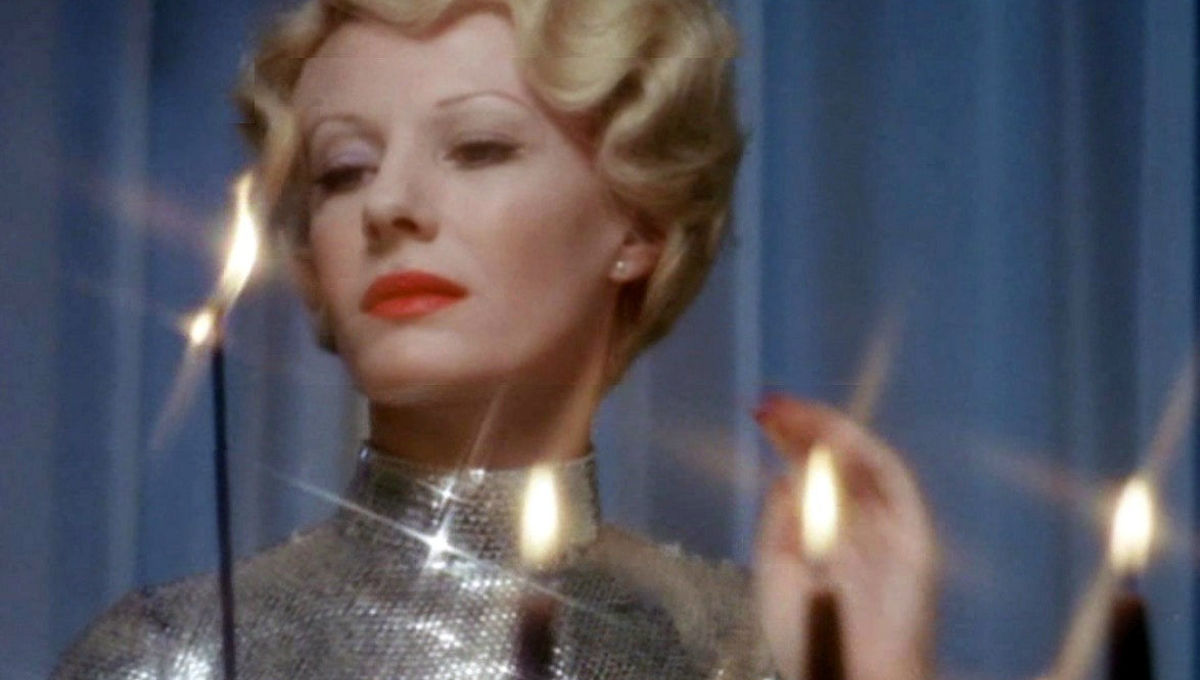 I can not, will not, will never attempt to get over the absolute looks Countess Elizabeth Bathory serves every moment of “Daughters of Darkness.” My favorite, of course, is the scene where she is introduced, dressed licentiously for a funeral, like a widow waiting for that check to clear. She is the ultimate mean femme: sacrificing innocents and reveling in the tales.

Elizabeth Bathory? More like Elizabeth BathewithME in blood (is this how I come clean about my interest in blood play? I hope so). Elizabeth Bathory has a reputation that precedes her; followed around by her jealous Renfield character, she seduces the beautiful newlywed in the adjacent hotel suite.

Upon rewatching this movie I couldn’t help but make parallels between the story of Bathory and Valerie to that of Jenny Schecter and Marina Ferrer. A mean femme, with as many secrets as she has outfits, sweeps in and steals the girlfriend of a brutish guy. When Elizabeth Bathory hits Stefan with that “was she yours last night?!” line it recalls Marina’s iconic “you were there, you saw how much it counts” zinger lobbed at Tim.

Is the relationship healthy? No way. Does it end in tragedy? You know what this is. I still would offer Elizabeth Bathory my neck if she cleared her throat slightly.

You know her well, the eyebrows, the eyes of her father, the floor length cape perfect for a dramatic exit. Countess Marya Zaleska is a dime, her sharp features and sultry voice will entrance you fully. Unlike her father, Marya doesn’t want to be a vampire and views her powers as a curse. The torment of her hunger and her conscience makes her an incredibly sympathetic character who you find yourself rooting for, no matter the path she chooses.

Countess croons for the dark, and lesbians love the dark for its mystery. So much processing awaits! Most of her victims in the film are men which I know I can get behind.

When she confronts her servant Sandor for interrupting her little dirge on the piano, she asks:
“What do you see in my eyes?”
He responds, “Death.”

Any woman that inspires that response in a man can #getit.

Carmilla, from the novella

All of the women I currently have crushes on are roughly 45+ years old. So it was a relief to me when Carmilla is relieved as not 19, but a sprightly 150 years old. Carmilla is a great literary vampire because she doesn’t need blood to feed: the majority of her interactions with people are enough to revive her energy. As everyone around her seems exhausted and withering, she is becoming a vibrant self.

Now, I’ve chosen novella Carmilla over movie and TV adaptions because you can make her look however you want in your head, but her personality is true to the text. My Carmilla is dark-haired, dark-eyed, and just as brooding as me but in a way that draws people in instead of pushing them away. 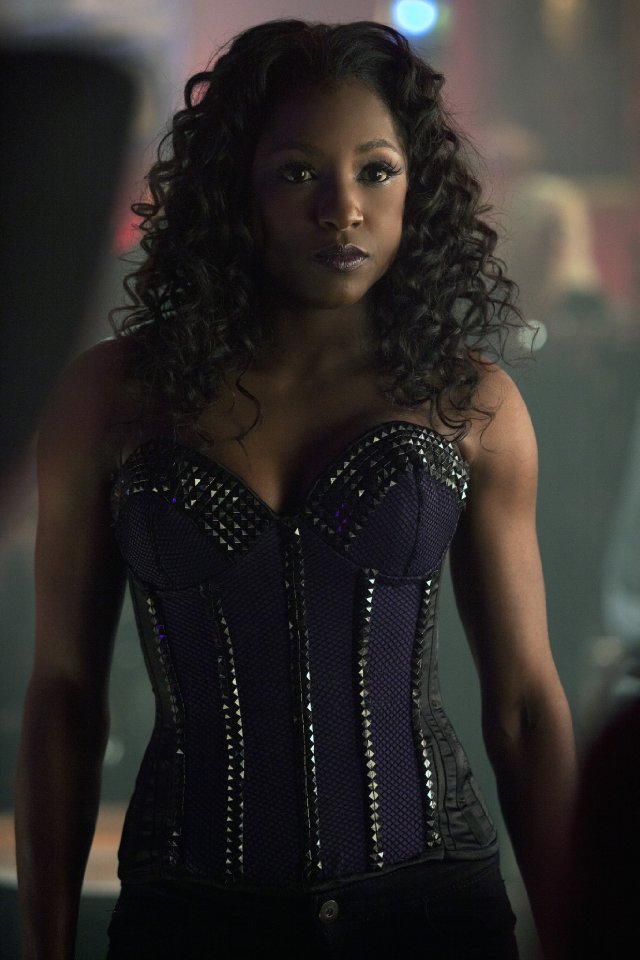 I was never deeply into True Blood, to be honest, but this list was looking hella white and needed some black women. Listen, Tara looks damn good in a leather jacket and her biceps are like apples nestled in the deep brown of her arms. I’m gay. She’s hilarious, sharp-tongued, and vulnerable almost to a fault. Once she becomes a vampire she takes on a leather femme look that will melt anyone. 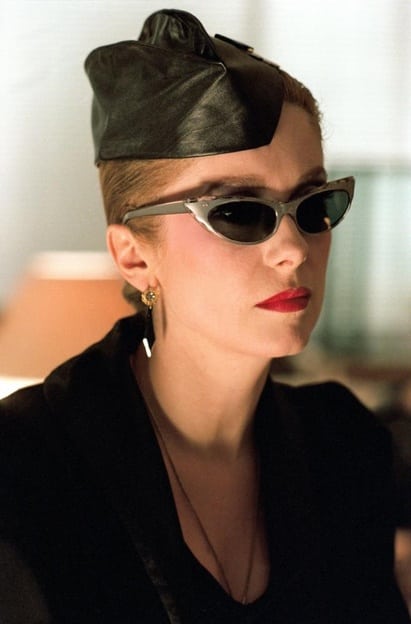 Why do vampires have the best names? Come on, Blaylock? It’s perfect. She’s by far the coolest vampire on the list in the way only an 80’s vamp can achieve. As Miriam’s love interests age, her appetite for youth increases until she finds the perfect match in scientist Sarah Roberts (played by heartthrob Susan Sarandon). In an L Word-like scene, Sarah’s boyfriend shows up to Miriam’s house asking if Sarah is there. Miriam devilishly leads him to Sarah knowing she (now infected) is hungry for blood. She feeds on her boyfriend and she and Miriam are free to be toxic lovers with a future of wearing matching outfits. 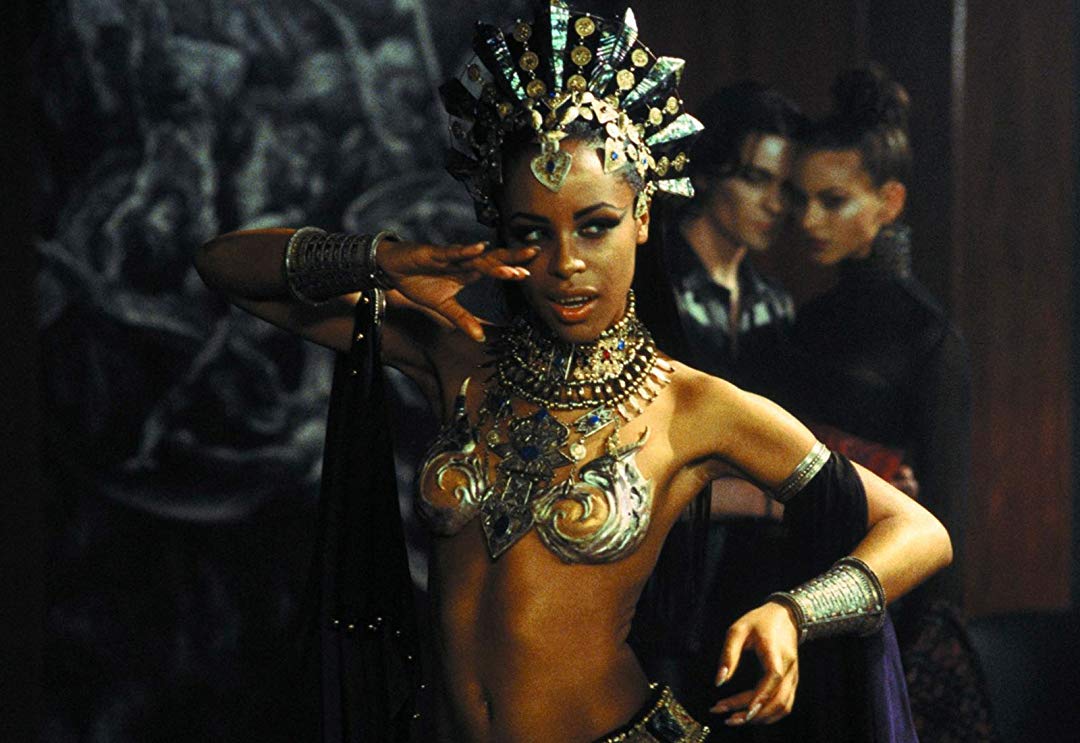 My obsession with vampires started with Aaliyah in this movie and Wesley Snipes as Blade. Queen Akasha is not explicitly labeled LGBTQ in any of the text about her or scenes in the movie, but there is something intrinsically fluid about the identity of vampires that I don’t feel like it’s a huge stretch to put her on this list.

Okay, time to vote. Which Lesbian (or Bisexual) Vampire from History Can #GetIt?

Dani has written 84 articles for us.