[ Feature image is via fuckyeahcomicrelationships.tumblr.com ]

When DC Comics relaunches this fall, we’ll finally get to see the lesbian Batwoman (announced and then rarely seen since 2006) in her very own comic .

There’s a lot of excitement building right now about Lesbian Batwoman and also about Voodoo, a bisexual African-American character. Readers are also looking forward to gay characters Apollo and Midnighter’s move out of their alternate line and into the mainstream verse.

Yesterday our resident Optimist Carmen (seriously she is really good at looking at the bright side of life, probably bleeds fairy dust) discussed this excitement in Batwoman is a Lesbian: DC Comics’ Gay Superheroes Stepping Out of the Subtext and Into the Light.

As a big fan of DC Comics, I share her excitement but I also have some reservations, particularly on issues surrounding minority representation that are still very present with the (confusing) relaunch, so I thought a counterpoint would be fun for everybody.

I do not have an infinite amount of space and knowledge, and thus will keep my comments centered around the Batverse. 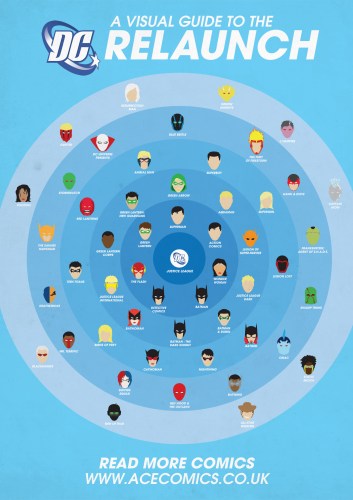 In comics it is still exciting for me to see strong women who are not overly brutalized and stuffed into fridges (a trope made famous by writer Gail Simone which you can also investigate using this handy flowchart), let alone queer characters. While the relaunch has finally brought Batwoman out and is having women wear pants, a significant number of females have been moved from the spotlight, like Gotham City Sirens. One of the biggest sins committed has been with Batgirl.

The history of Batgirl is very long and complex, but in a nutshell:

Barbara Gordon, the second (and longest-running) Batgirl, was crippled by the Joker in Alan Moore’s The Killing Joke and became Oracle (most recently appearing in Birds of Prey and Batgirl) → Cassandra Cain was an Asian American Batgirl, yet another minority character whose run simply ended → Stephanie Brown was the most recent white blonde (bit Buffy-ish) Batgirl whose run just started → Barbara Gordon is going to be healed somehow and will become Batgirl again.

This is probably the biggest controversy with the relaunch as Oracle was both awesome and one of the few disabled characters in comics. This change is one of various examples in recent DC comics history of change leading to a decrease in diversity; also in Batgirl comics, the fact that Asian American Cassandra Cain was replaced as Batgirl for seemingly non-narrative reasons took place only a year and a half ago. 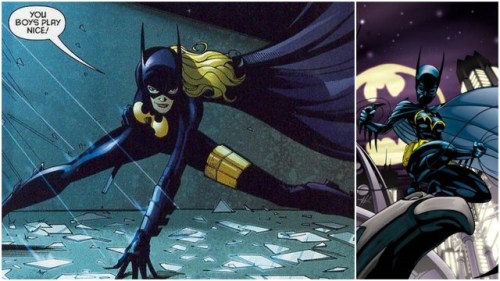 via Batgirl comic and DCcomics.com

Generally, it’s safe to say that actual ethnic diversity is still sparse in mainstream superhero comics; a few notable characters have miraculously turned white over the years, such as Vixen and I swear Renee Montoya has been getting whiter as time goes on. I am a bit worried about the sound of Voodoo, an African American bisexual ex-exotic dancer, but only time will tell when it is released in September.

When it comes to diversity across the board change is coming slowly (with trans* people being invisible). In an interview with Comic Book Resources a number of popular comic writers expressed their opinions on the state of minority representation:

It has gotten better in recent years, but gays aren’t the only ones dealing with that, I mean, why are so many black characters still saddled with ‘black’ in the names. Could you imagine if Captain America was named ‘Captain White America’? And female characters still have it rough, too. It is getting better as more diversity comes to the creative side. The more minority creators, the more textured the portrayals of minority characters.

To be fair, most minority characters in most media in the US are still defined by their differences rather than being fully fleshed-out characters. The nature of arguing on the Internet makes it seem like it’s worse in this industry, and maybe it is, but there is a much more systemic problem as well.

It seems that comics perhaps like flirting with the idea of being liberal with regard to sexuality, but they’re still not entirely comfortable about it. I think despite the fact that culture is obviously moving on to include gay people, just the same as everybody else is included, I think a lot of our entertainment media are lagging behind. I think that the comics industry, talking about the big mainstream comic publishers, to them it’s still something which it outrageous, and daring.

Comics are already well behind mainstream media and advertising in terms of promoting the positive inclusion of gay characters, and I wouldn’t look for the industry to be a prominent civil rights beacon anytime soon. But overall, the trend toward inclusion, although slow, has been steady and positive, and when the right people are in the right places and in the right frame of mind, the medium will be capable of some truly inspiring leaps forward. 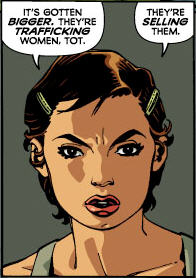 It is fair to point out that DC Comics has featured lesbian characters before Batwoman, this is not a sudden new thing–all of the characters announced in the relaunch have already been around and Out. Greg Rucka’s Gotham Central had a storyline focused on Renee Montoya, now The Question, coming to terms with being outed as a lesbian by Two-Face. Renee Montoya eventually comes out to her family and colleagues and was in a stable relationship with a foxy soup chef. In 52, the 2006 appearance of Batwoman as a lesbian, it is revealed that Kate Kane (Batwoman) and Montoya used to date, but broke up because Montoya was too closeted. Other minor DC characters such as Captain Maggie Sawyer (head of the Special Crimes Unit) and Holly Robinson (Catwoman’s best friend) are both lesbians.

You might have been reading about the lesbian Batwoman for a number of years now (even here!). In 2006 DC Comics was intending to give the new Batwoman her own comic. The announcement that she was going to be a lesbian and subsequent write up in the New York Times caused a great deal of controversy that writer Devin Grayson credits with the delay in her own title:

the fact that the piece made such a big deal of the character’s sexuality before the hero even graced the page of a comic book went a long way towards nullifying any positive effect Batwoman might have had on the industry. Consequently, the character was relegated to the backseat of the “52” event rather than the forefront of her own title.

In the meantime Kate Kane has also been featured in Batwoman:Elegy (2010), a storyline of Detective Comics. This comic deals with her girlfriend breaking up with her because she assumes she is cheating on her when in fact she is off being a superhero, getting kicked out of West Point due to Don’t Ask Don’t Tell and having complex family drama. The new Batwoman comic comes out on September 14th. 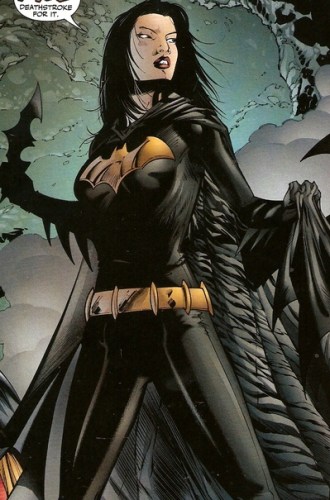 If you are interested in little tidbits like “Batwoman was originally created in 1956 to counteract rumours that Batman was gay!” and “Apollo and Midnighter are pastiches of Batman and Superman!” you should check out PRISM comics for all things in LGBT comic-land.

What do you think of LGBT representation in comics? Do you think the relaunch will see better things for the minority characters in general? And, how does Marvel compare to DC on these issues? I know they have some gender-neutral shape-shifters but my wife is in charge of our comic pull and doesn’t read Marvel!

Laura has written 3 articles for us.