RUCKA GETS GLAAD:
Detective Comics, featuring Greg Rucka’s gay Batwoman, wins the GLAAD award for Outstanding Comic Book. Rucka’s Batwoman run follows the story of Kate Kane, an ex-soldier who takes crimefighting into her own hands following her DADT discharge. With such an amazing writer, it’s natural that the lesbian reinvention of Batwoman was handled with such grace and humor. Not to mention JH Williams’ inventive art. I mean, gay Batwoman could’ve gone really, really wrong. And I’m really glad it didn’t! 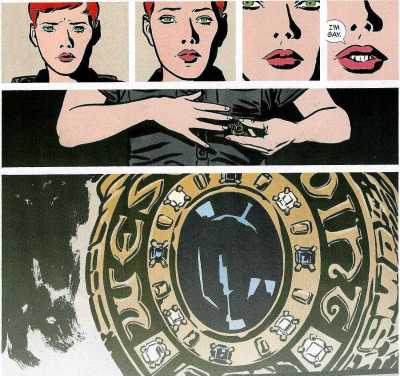 On the page featured below, Kate Kane, our intrepid lesbian Batwoman wears a tux (!!!) and was slow-dancing with another gay menswear-sporting lady just a few panels prior. Before some villians broke up all the good gay fun, of course.

Editor’s Note: I (Taylor) attended the GLAAD red carpet event where I scanned the crowd relentlessly for the dapper Kate Kane. Unfortunately I have no sightings to report- these batpeople are quite sneaky, though everyone else insists it’s because she’s “not real.” 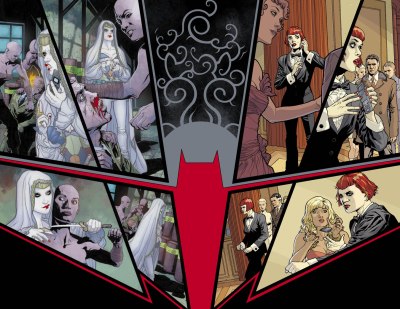 In an interview with G4’s Attack of the Show, Felicia Day gives gay Day fangirls so many delightful tidbits of information! Dayadmits being obsessed with Mass Effect 2, and apparently shares my goal of getting in everyone’s intergalactic pants. She’s failed to bang Miranda so far, but not for lack of trying. And she calls Kelly, that hot little flirty messenger a “cheeky lass.” Oh Felicia! In the interview, Day also mentions that she finally leveled her priest, a “burly dwarf lady,” to 80. Perhaps this is a hint about her type. Burly ladies take note. 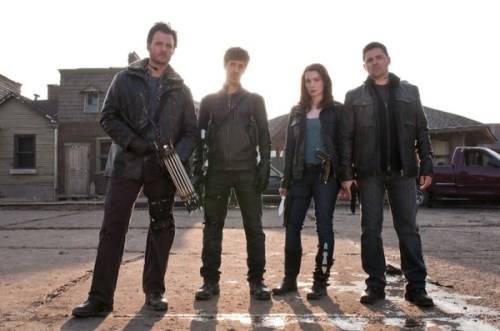 In (lots) of other Felicia Day news, you’ve likely heard about her new SyFy original movie “Red,” where day will star as a reinvented Little Red Riding Hood turned werewolf hunter. And The Guild comics inch ever closer, with a release date of March 24th. Comic Book Resources happily offers a sneak peek for those of us who can’t possibly wait that long.

Oh my god, I’ve been waiting so patiently for this: Rhapsody, the music service (cousin to Pandora and Last.Fm), just announced an app that will let subscribers cache music content. That means no 3G, no problem. My commute just got 70% more tolerable.

BLOG STARS:
Apparently New York City’s archaic press credentialing laws will expand to meet the needs of a wired world. With the internet, you know, having been around a while, it’s pretty absurd that bloggers weren’t formerly allowed the same media access as print journalists.

BATTLESTAR SABOTAGE:
This Beastie Boys/BSG mash-up speaks for itself really.

I didn’t realize it was a frame-for-frame reproduction at first, and then my mind exploded. Watch the original and the BSG remake side by side. This shit is AMAZING!

TRON:
A new trailer for Tron just hit the internet, and all I know is that I saw Olivia Wilde laying on a couch wearing some leather she looked like she was poured into. And those crazy glow in the dark suits really make my laser-tag nostalgia flare up something awful.

Prince of Persia put a new trailer out too, and Jake Gyllenhaal keeps his shirt on in this one. This movie looks to be sweet, assuming we can suspend disbelief about Gyllenhaal’s decidedly un-Persian heritage. Hopefully it won’t stay too true to the games, though. I don’t want to watch the prince extensively calculate the precise trajectory of every leap he makes. Then again, maybe I’m just bad at the game.

+
WWGD:
What would geeks do? They would most certainly buy these car decals in the shape of ray guns. Because all geeks have government issued ray gun licenses, but we’re a modest people and we don’t like to brag.

PENGUIN NEWS:
This all-black penguin went from sporting a tuxedo to just wearing a business suit of some kind. It’s so sad or cute- a tough call, really. Either way, this penguin exalts in/suffers from a genetic pigmentation quirk called ‘melanism.’ 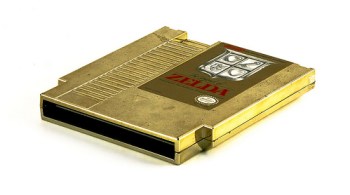 Remember the futility and magic of blowing into a Nintendo cartridge as a child? Someone took that familiar gesture and ran with it in the best direction possible, creating harmonicas out of our most beloved games of yore.