Hey, there, Autostraddlers. Looking at me now, what do you see? 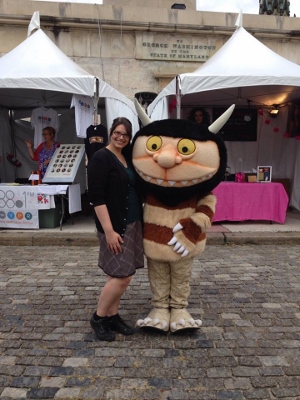 What’s up (via Claudia Astorino)

I mean, if we were passing each other on the street and you saw me. How would you read me?

Before you could even think about it, your brain would probably stamp me: FEMALE. I can’t really blame your subconscious for doing so. Part of being a living thing is to recognize stuff, categorize things, figure out who ‘s who and what’s what and what the hell is going on out here. Our brains do this kind of stuff all the time, although we can train ourselves to critically examine those thoughts when they do. 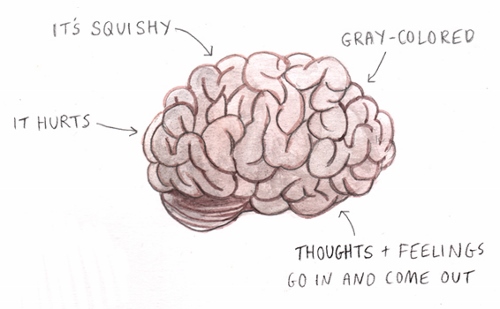 That pretty much sums it up! (via thehairpin.com)

In our society, one of the things you’re taught you need to know is how to tell girls apart from boys. This would be all well and good if there were only two biological sexes, but biology is too complex and too awesome to have just two options. Yay!

But we often don’t recognize this fact. All day long, I ‘m exclusively read as female by other people: STAMP! – FEMALE – in thousands of people’s subconscious. This automatic labeling means there are a lot of assumptions made about how I operate in the world, what I do and don’t do, who I am and am not.

Now, I’ve been socialized female and treated like a girl all my life, so I pretty much know what others expect of me looking like a lady. But there are a couple of things people assume I know about, when I actually have no idea.

One of these things is menstruation.

Some intersex people menstruate and others don’t, depending on your form of intersex, or even your variation within your form of intersex. I happen to not menstruate. People never expect this because I evidently look female, and female = menstruates. But I don’t. I never have. I ‘ve encountered the view that I ‘m “lucky ” or getting away with something my body is “supposed ” to do, but actually, my body was never supposed to menstruate in the first place. My form of intersex, androgen insensitivity, means that I never developed so-called “female” internal sex organs. The uterus, ovaries, Fallopian tubes — none of them. The ramifications of having atypical sex anatomy, however, means that, as person read female, I’m still expected to know stuff about having a period.

This has sometimes gotten me into some tricky situations.

I knew that getting your period was a hallmark of “normal ” lady-development. But I didn’t care about getting my period. I wasn’t going to get one, and I knew it. At age eight, I was told by an endocrinologist that 1) I was born without a uterus, and 2) I consequently couldn’t menstruate or give birth. I didn’t know WHY I didn’t have a uterus. Apparently, some women just don ‘t develop it or something? What I did know is that they hurt (from my mom) and that I wasn’t a fan of “little kids ” even as a little kid myself. Honestly? This magical no-uterus thing I had sounded fantastic to me. I misguidedly thought that by some natural fluke, I ‘d gained the superpower of not-menstruating, not-pregnanting, and not-childbirthing. Awwww yeah!

So when all the girls in my 6th grade class started talking incessantly about their periods, I couldn’t relate. It was like every girl knew, any day now, she ‘d undergo a divine transformation into Becoming A Woman and they were all praying like crazy to whatever period deities were out there that they ‘d be next. Or at LEAST soon. 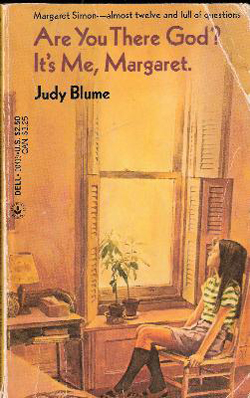 And I fucking want my period (via jezebel.com)

But I wasn’t. Getting my period was impossible, and therefore, irrelevant to me. Instead, my main interests were playing Girl Talk and pretending to be superheroes or princesses or superhero princesses (my favorite, duh). 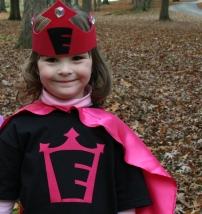 Clearly the best
(via babypop.com)

While everyone was not-so-patiently waiting to join the ranks of the fertile babies, there was a list out there. There was a list of all this shit I was supposed to know about getting your period, inherently, by virtue of being a girl and ACTUALLY getting your period. This list obviously eluded me, but I was expected to know all the stuff on it just the same. It was like going to school and suddenly getting a pop quiz for a class you didn’t even know you were taking and were pretty sure you’d never signed up for. These quizzes were all pass-fail, no partial credit, and I was expected to pass with flying colors. Really?I was silently hoping I wouldn’t just fail. And all I wanted to do was drop the damn class, *sigh*.

So I got roped into discussion after discussion about things I ‘d never anticipated I would need to know about menstruation until I was already in the moment, and had to think on my feet. Usually, I was too flabbergasted to come up with anything profound, so I totally lied my ass off. Because, like the vast majority of intersex individuals shuttled through the medical system, I had it drilled into me that people didn’t know what intersex was, wouldn’t understand if you tried to explain it, that it’s a personal thing that doesn’t need to be shared, and that if you do you’re just asking teasing and ridicule by your peers forever and ever. I’ve never experienced anything like that since I’ve been out, but I didn’t know any better at the time.

So I lied my ass off. 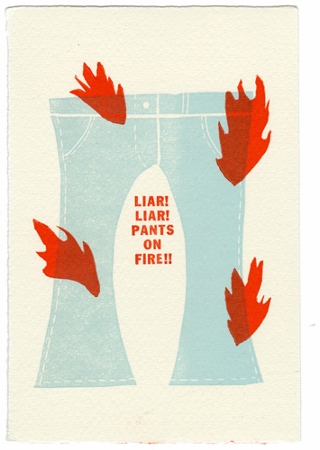 Oh, stop being so judgey (via letterpresshabitat.blogspot.com)

Here are a bunch of things people have brought up in conversation I never dreamed I’d have to address regarding menstruation. 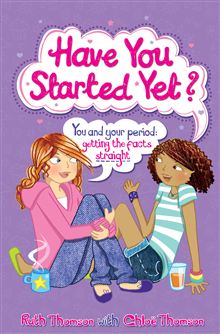 NO, I HAVEN’T, OKAY!
(via panmacmillan.com)

Later, once most girls had gotten their periods, conversations started around “my first time” stories. What? They wanted to know HOW I got my period the first time? Well, I fucking bled, right? Isn’t that’s what supposed to happen? What more did they want to know? I learned that girls got their periods in a variety of contexts — at home, at the mall, on vacation at the beach, with their families, with their friends, making out with their boyfriends, by themselves, if they felt pain, if they saw blood, if they were informed by the school nurse.

So, I needed a plot line, huh? I think I just stammered out that I got it at school and went to the bathroom and saw blood. I was afraid to embellish. I was a pretty voracious reader, and especially loved fantasy novels. If I let myself take too many artistic liberties, there’d be all sorts of improbable things in my stories that would give me away. I needed to play it safe. 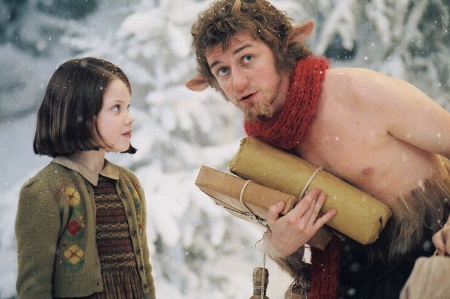 And then out of nowhere there was this lamppost! (via gabrielricard.wordpress.com)

Claudia Astorino is an intersex activist and queer lady. She is a contributor to Autostraddle and Everyone Is Gay, and her work has appeared in The Guardian, RH Reality Check, The Parents Project, Girl Sex 101, and on her personal blog, Full-Frontal Activism: Intersex and Awesome. Claudia is also the coordinator of the annual Intersex Awareness Day events in NYC and has co-/led workshops and presentations at various universities and institutions. She lives in New York City.

Claudia has written 5 articles for us.