Katy Perry has once again offended a whole mess of people, to the surprise of absolutely nobody. The singer has previously come under fire for use of transphobic language and culturally appropriative lyrics, videos, and live performances — but the video for “This Is How We Do” is like the little insensitive cherry on top of a cultural appropriation layer cake. 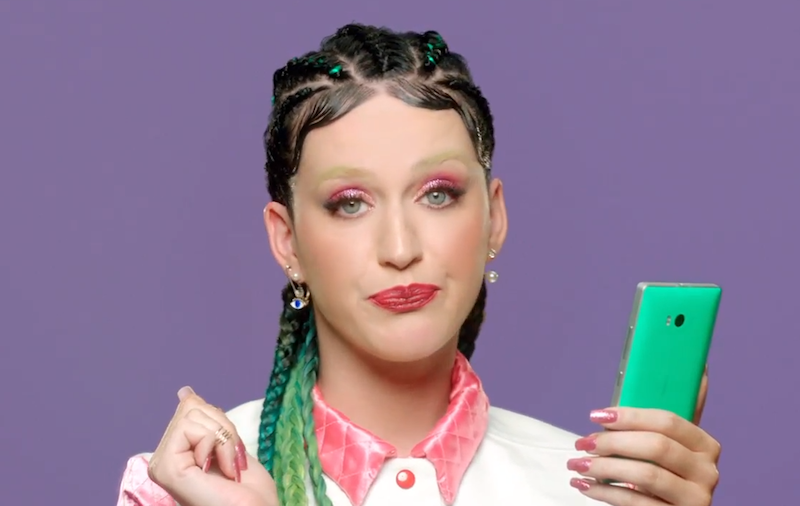 Shortly after responding to Rolling Stone’s questioning of her “increasingly uncool” appropriation of cultural symbols — to which she replied “I guess I’ll just stick to baseball and hot dogs, and that’s it… I know that’s a quote that’s gonna come to f–k me in the ass, but can’t you appreciate a culture? I guess, like, everybody has to stay in their lane? I don’t know,”— she released her video for “This Is How We Do.” If her definition of being f–ked in the ass is being slapped on the wrist by some independent publications and rewarded with millions of dollars by her fans, then Perry was spot on. The video features Perry wearing cornrows with cartoonishly slicked down baby hairs, a mysterious character named “Jessica Thot,” “japaneesy” fingernails, and lots of watermelon. Even if we were to accept that these things are all a coincidence, one would at the very least think Perry would take special care to ensure her audience doesn’t confuse it for blatant cultural appropriation. You’re thinking, okay, but people do this all the time and I would expect no less from Katy. So what? 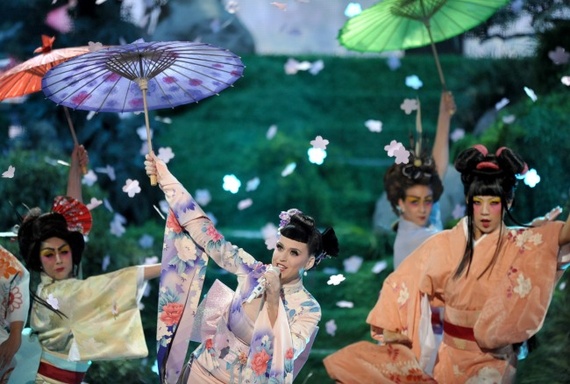 I often babysit to make some extra cash or help out a family friend. These kids, between the ages of three and ten, are totally gaga for Katy Perry. They memorize her lyrics, watch all her videos, and if one of her songs comes on the radio, they are going the definition of ape-shit. I never knew what ape-shit looked like before I saw these kids listen to Katy Perry. It is wild.

The parents I work for are progressive people. They take special care to send their children to the most diverse schools. They read their kids Free to Be You and Me. They let their boys wear dresses to school as an exploration of their identity. They get their daughters super fresh alt. lifestyle haircuts. They live in Park Slope. They do not want their kids to grow up to be bigots. I am obviously not implying that listening to Katy Perry will invoke the devil, but girlfriend even had an appearance on Sesame Street! Children emulate their icons, and if those icons are donning yellowface and putting on borderline minstrel shows, this is what they will do when they play together.

Generally, I’m not the type to have an aneurism over cultural appropriation. I think it is a symptom of a much deeper and complex issue called racism. When my alma mater held a cultural appropriation conference, they promoted it by offering to buzz the dreads or Mohawk off any offending white person passing by the library. I think that is alienating, and shames people for behaviors they were socialized to see as the norm instead of educating them. But when a person makes gagillions of dollars every time she puts on a costume (one she can conveniently take off at the end of the day), flying in the face of her critics and potential fans, it gets under my skin. I think it should get under yours too. It is hurtful and rude… and racist, frankly.

So I guess the moral is don’t bring your kids to Katy Perry shows. Be the change y’all.