Universal lesbian heartthrob Kate Moennig, aka The L Word’s Shane, finally made her triumphant return to the world of lesbian TV characters last night on Showtime’s new summer show Ray Donovan, which we first told you about a few months ago. Ray Donovan is a man-show about a man who helps famous men hide their dirty little secrets, and Moennig plays one of Donovan’s employees, Lena. The show’s debut hit a new record for Showtime with 1.35 million viewers turning in for its premiere. 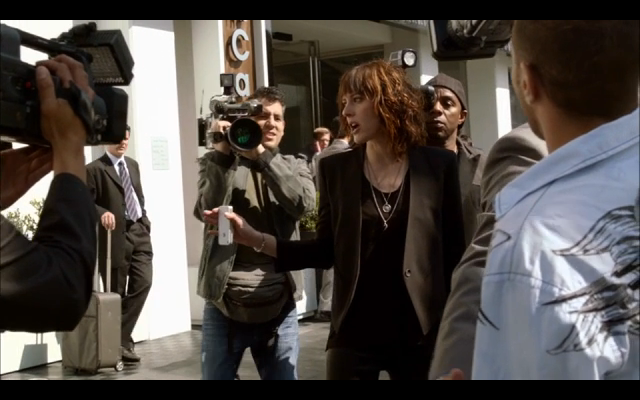 No, I will not be addressing any questions about Ilene Chaiken at this time.

Showtime’s official description of Lena left me wondering if they weren’t, perhaps, pandering a bit to the Shane lovers of the world. Not that I’m complaining:

“Lena handles Ray’s office and research for his operation. She is a no-nonsense lesbian who is both sexy and tough. She is an asset to Ray both in and out of the office.”

For those of you paying attention, that means there are two lesbian Lenas on TV this summer.

Showtime even released a character profile for Lena as part of their Ray Donovan promotion.
https://www.youtube.com/watch?v=FSR4PjbPxow

The problem is that the pilot of the show really sucked. It was boring, overwritten, too sprawling and featured a solid five minutes of really really excruciatingly terrible unchecked transphobia. One often finds oneself thinking, “why is this a Showtime show and not a TBS show?” I can tolerate a whole lot of boring awaiting lesbosexy action, but this show’s problems go beyond “boring.” It seems Ray Donovan needs a major overhaul before it will be palatable.

Todd VanDerWerff at The AV Club points out in its excellent review of the episode that “Ray Donovan never suggests a good reason for its own existence, beyond the fact that shows with troubled, male, middle-aged heroes have been popular these last few years, so maybe there should be another one. There is not one thing that’s remarkable about Ray Donovan, the protagonist, to suggest that he should be at the center of his own television show.”

Emily Nussbaum at The New Yorker declared Donovan “straight out of antihero central casting: a sinner, but smarter than everyone else,”

Tim Surette at TV.com noted that “at times the pilot was good, at times it was shockingly bad, but mostly it stayed within that region no television show wants to be in: uninteresting.”

June Thomas at Slate wrote in “Enough With the TV Antiheroes Already” that we’ve seen all this before: “I’ve also seen damaged tough guys, demanding wives, selfish parents, messed-up siblings, snake-in-the-grass Hollywood lawyers, dumb actors, and deluded agents. And I’m very familiar with your way of introducing a female character and then involving her in a sex scene in a matter of seconds.”

Maureen Ryan at The Huffington Post describes it as “an awkward melange of anti-hero tropes.”

Yet it’s got a 75 score at Metacritic, which means a lot of reviewers really liked it, too.

It’s pretty clear to us that the only original and interesting thing about this show is that Shane is in it, but unfortunately Moennig only got about fifty-three seconds of screen time in the pilot. Fortunately, one of those seconds included Moennig waking up next to a cute girl and telling her to get dressed. 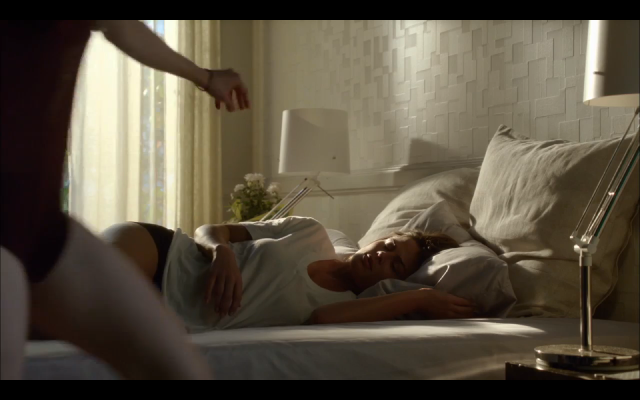 It remains to be seen if Ray Donovan will get it’s act together such that we can stand to watch it. I hope it does and that Lena will be our favorite new TV lezzie. Or a rehash of Shane. Or even both. In the meantime, treat yourself to just Moennig’s scenes from this week’s pilot episode, The Bag or the Bat!