As a person of lesbian age gap relationship experience, Sarah Paulson has long been an inspiration as someone who seemingly has no interest in dating anyone who isn’t a minimum of 18 years older than her (that was her age gap with Cherry Jones — she upgraded to a 32-year age gap with Holland Taylor). I famously used to have a cat whose full name was Emmy Award Winner Sarah Paulson The Cat, shortened to Paulson. I lost Paulson in a bad breakup, something I’m still very sensitive about. You can read my weird essay about it at Catapult. In any case, my admiration for Emmy Award Winner Sarah Paulson The Human runs deep. As does my admiration of her relationship with Holland Taylor. While my own relationship has a mere 12-year age gap (I interviewed my gf about our age gap and other things earlier this year, and you can read it if you’re an A+ member), representation MATTERS, and Sarah Paulson and Holland Taylor have been serving iconic age gap representation on red carpets and at press events for seven years now (did anyone else weep @ this Instagram caption Sarah posted about Holland a couple weeks ago?). Let us now look back at those seven gorgeous years of age gap glory. 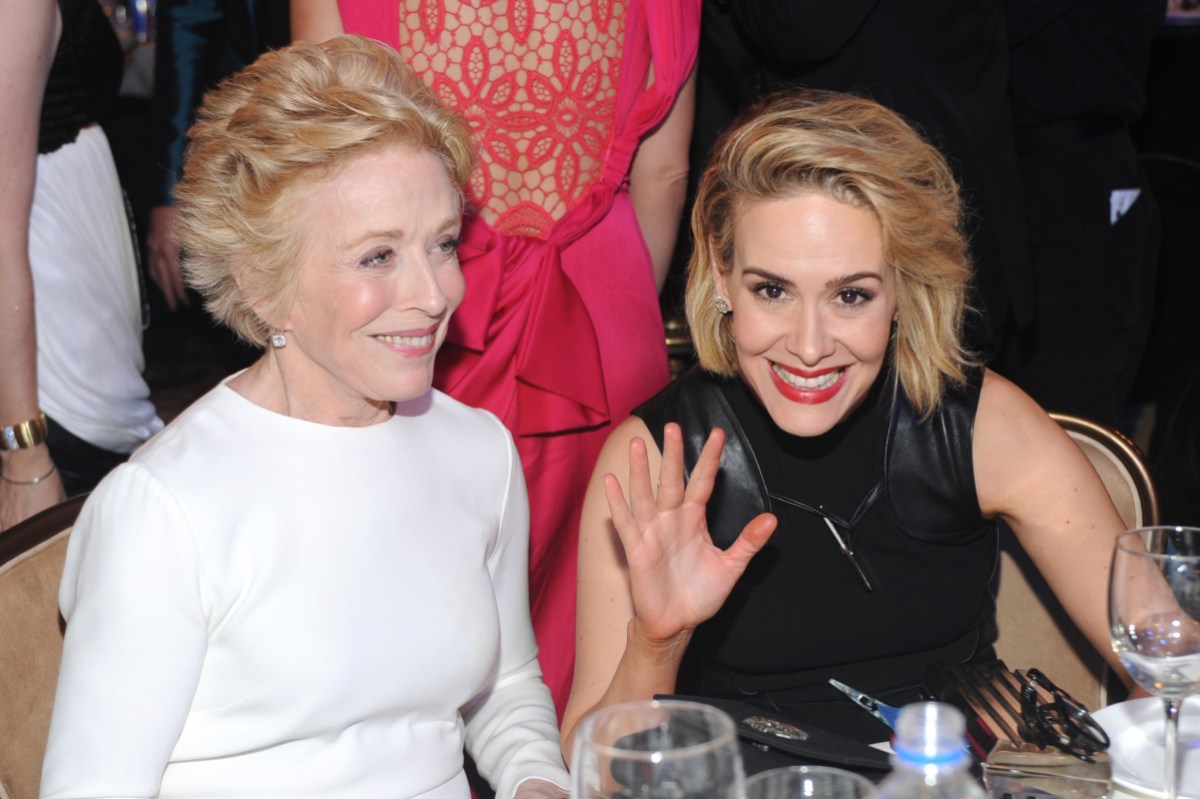 This is not technically the first official event appearance Sarah Paulson and Holland Taylor did together to be documented by Getty Images, but in the photos of their first Getty documented appearance together, Andrew Rannells is standing in between them, and I prefer my Sarah and Holland pics to not feature a man between them. Anyway, look how happy they are! The New Relationship Energy is radiating off of them! 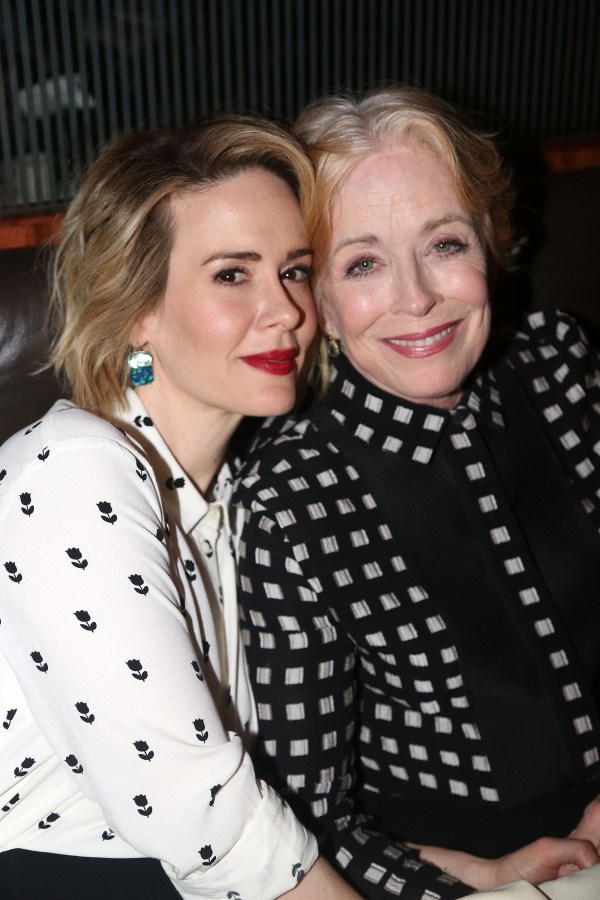 If there’s one thing Holland Taylor is going to do, it’s Be In Plays. Sarah Paulson is living all our theater gay fantasies by dating such an iconic stage actress.

Fiddler on the Roof Opening Night, 2015 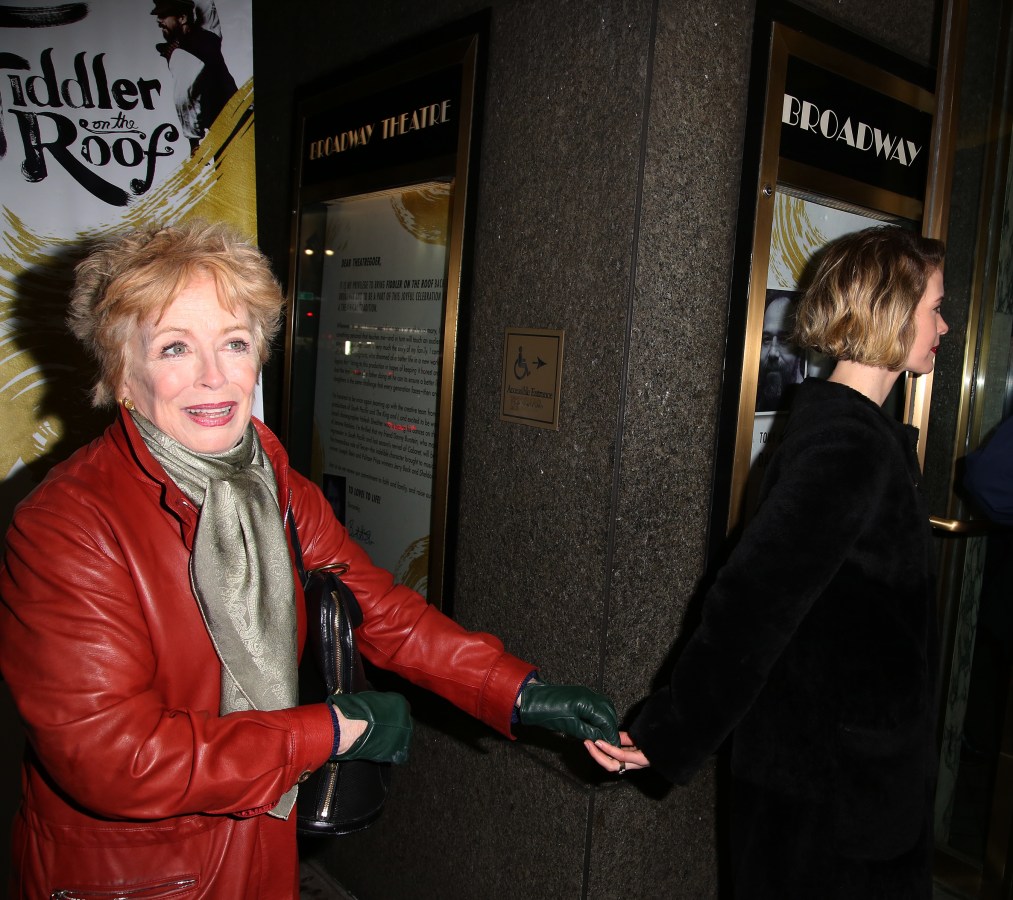 Sarah Paulson walking five paces in front of Holland Taylor even though they’re literally holding hands is indeed the age gap representation I love to see. My girlfriend is always saying things to me like “slow down” and “why are you running” and “are we running late to something?” because I for some reason feel a need to sprint at all times. I imagine that’s what’s also happening here. 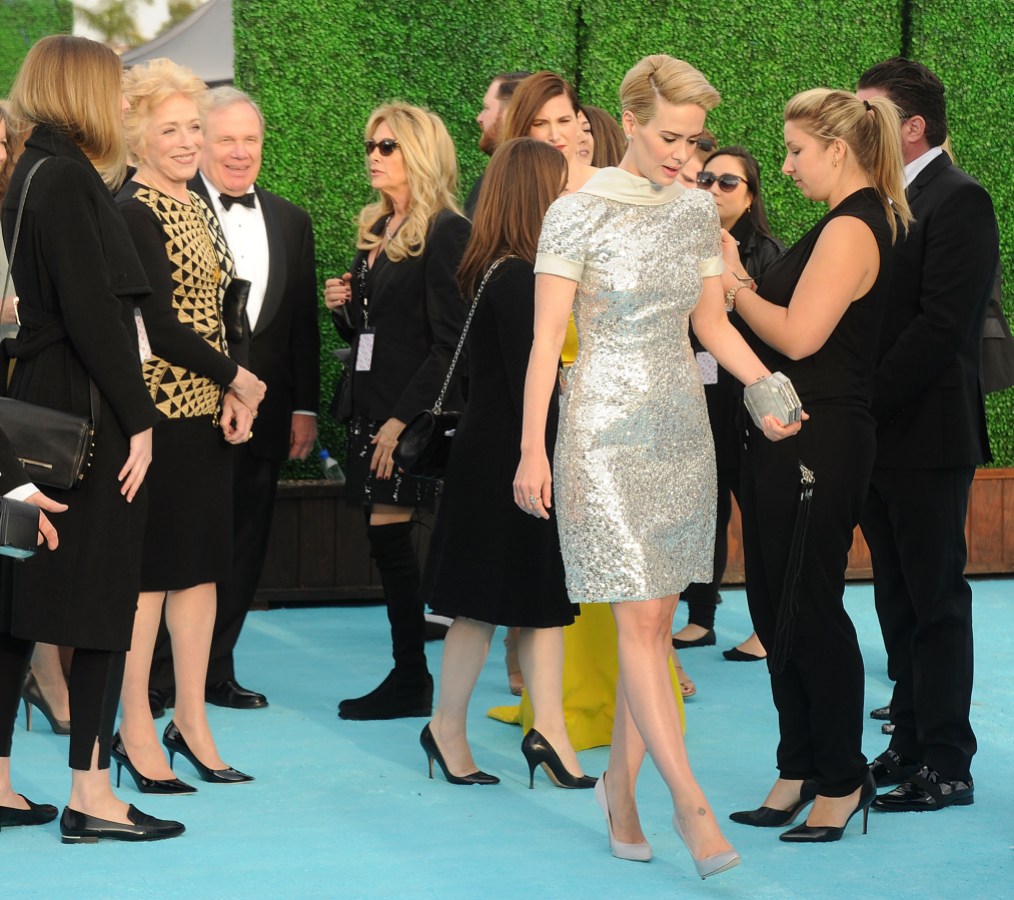 THE WAY HOLLAND IS LOOKING AT HER HERE?????? 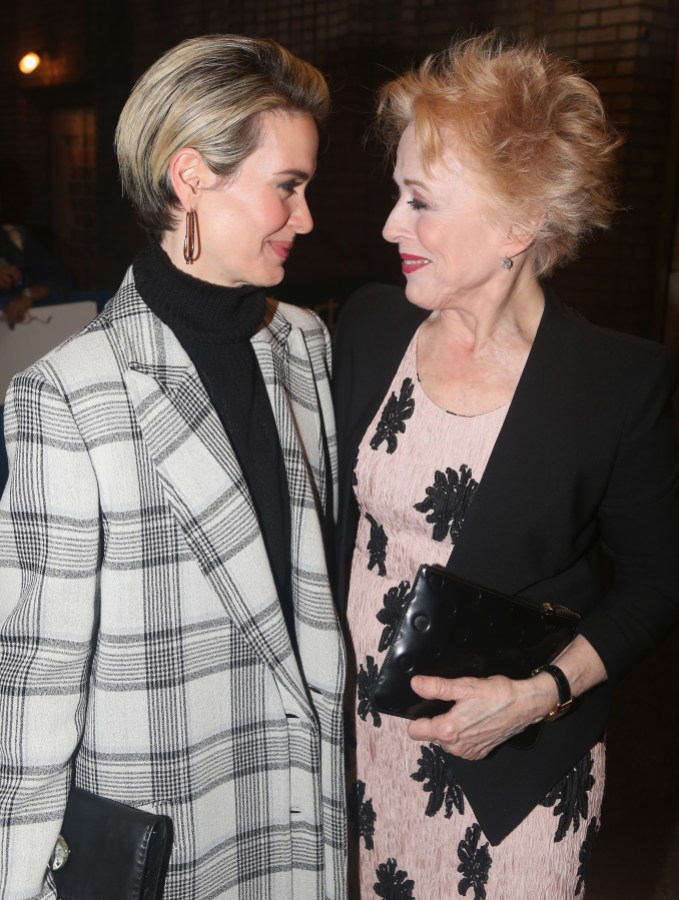 I just realized how many of these photos are going to be from Broadway opening nights. These two really are a Theater Couple. 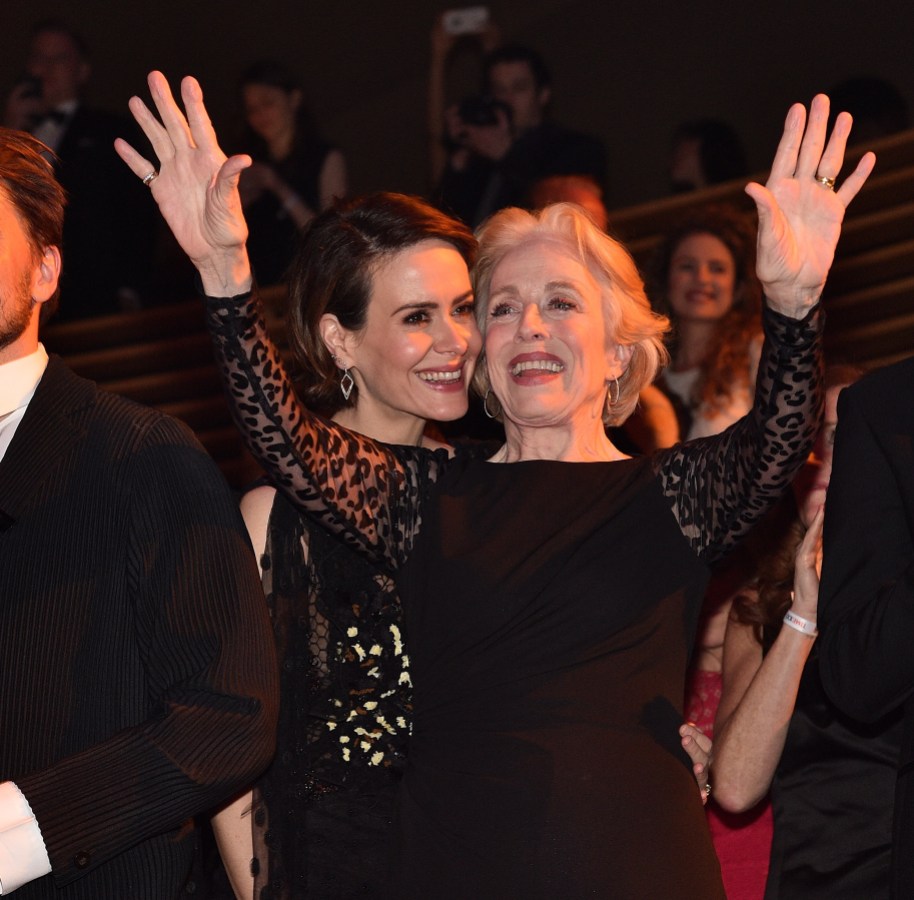 I’m not sure what’s happening here, but I support it. Is Holland Taylor doing a trust fall? They seem like the kind of couple who would do sporadic trust falls. 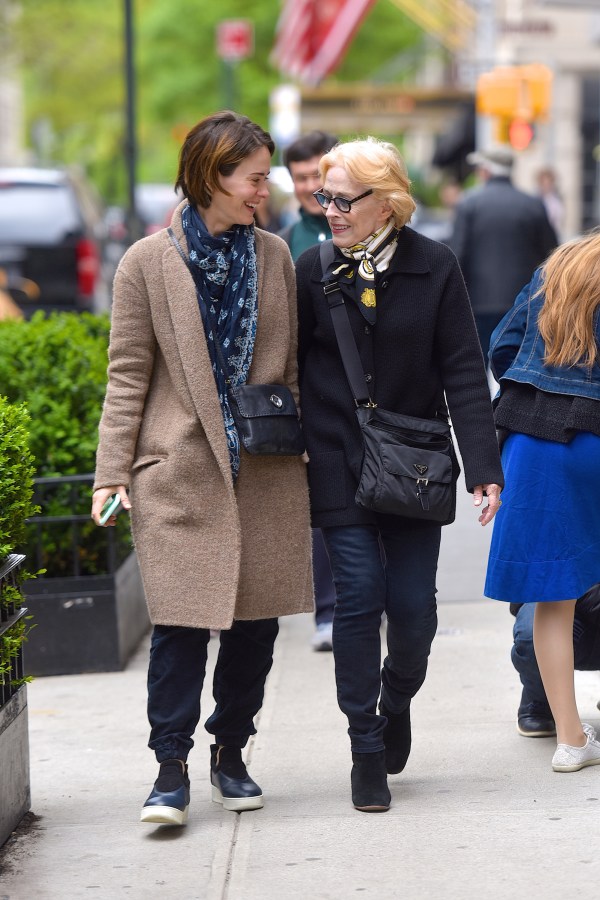 I’m obsessed with how often they seem to be making each other laugh in photos??? Also love these Casual Gay fits. 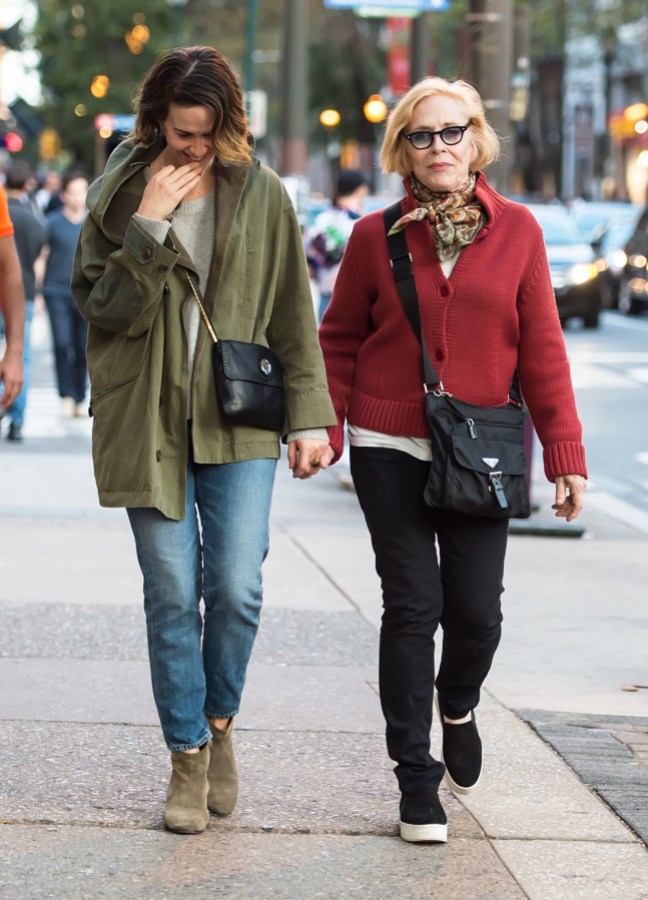 Both of these fits are also extremely important to me. I’m also obsessed with the fact that they are BOTH Black Crossbody Shoulder Bag Gays? 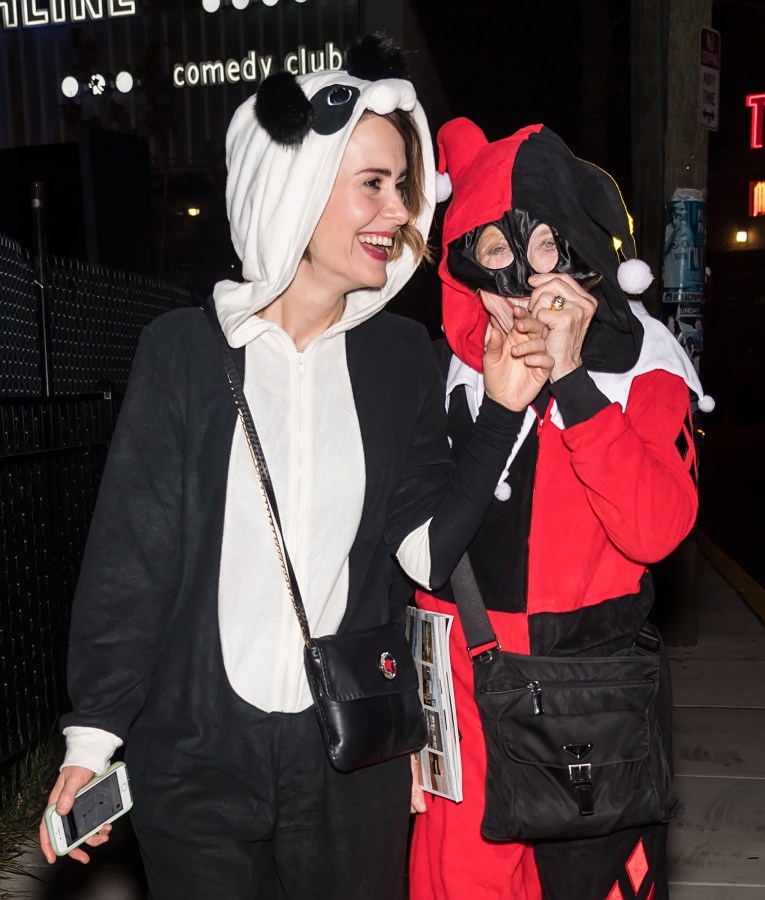 Yes, you read that correctly. This was for M. Night Shyamalan’s halloween party, official name: Shyamaween. They are dressed as a…panda and a jester? Is there a reference I’m not getting here? Did they just run out of time and pop into the closest Spirit Halloween? I kind of expect better costume game from, as we have established, a Theater Couple? 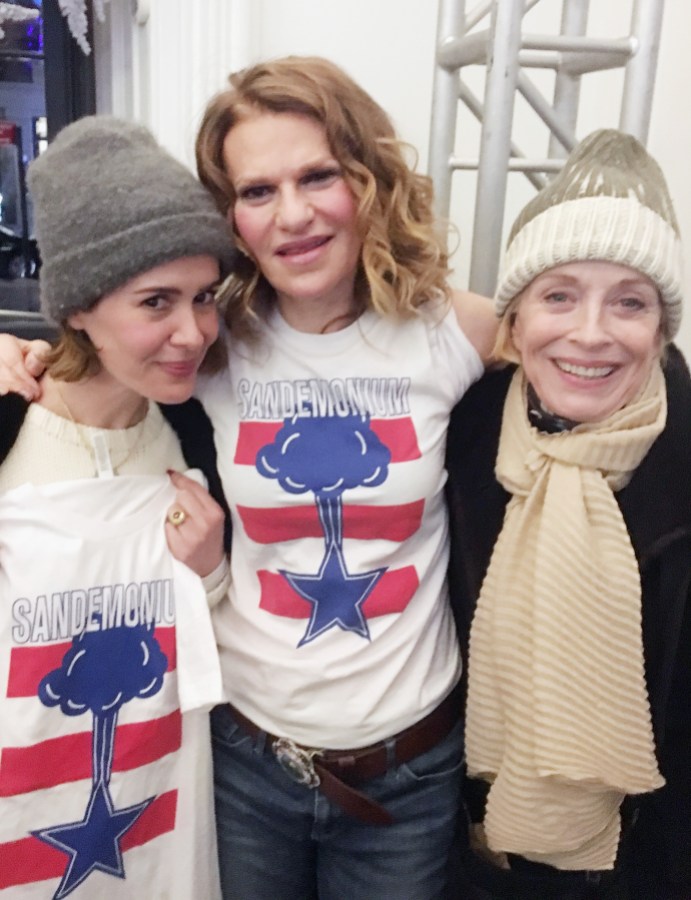 The Dyke Energy of this photo is simply too powerful. 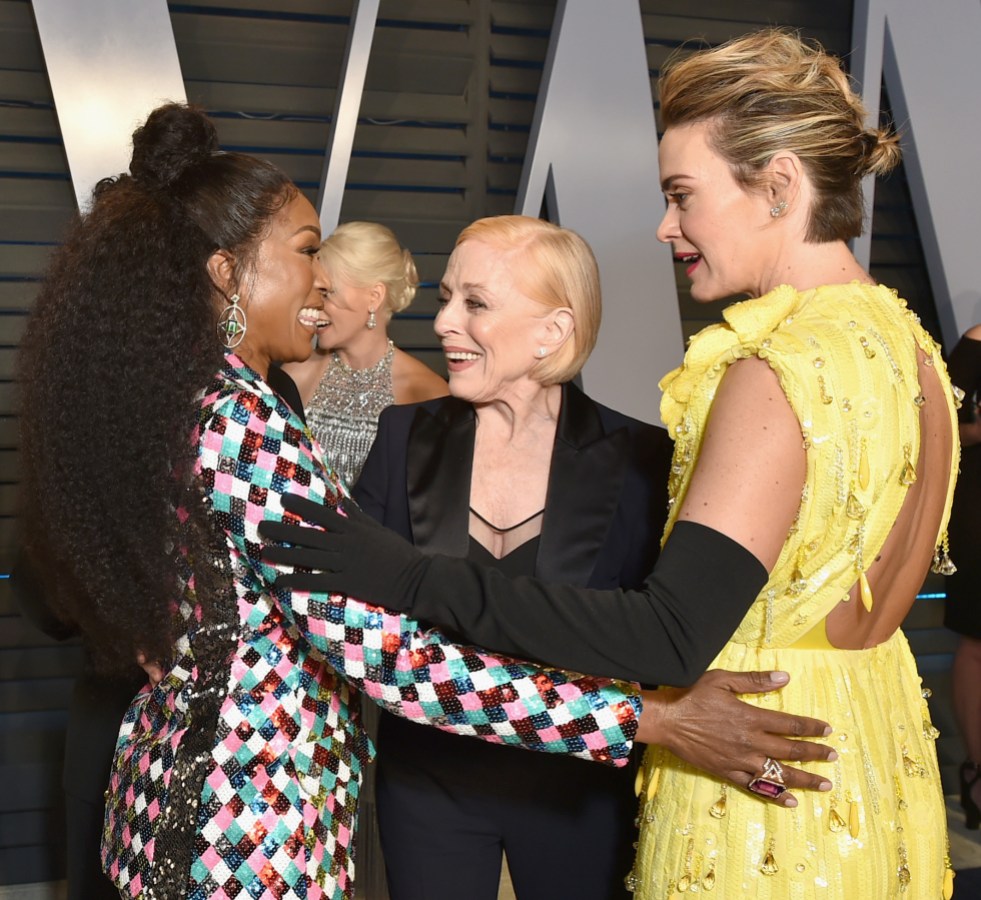 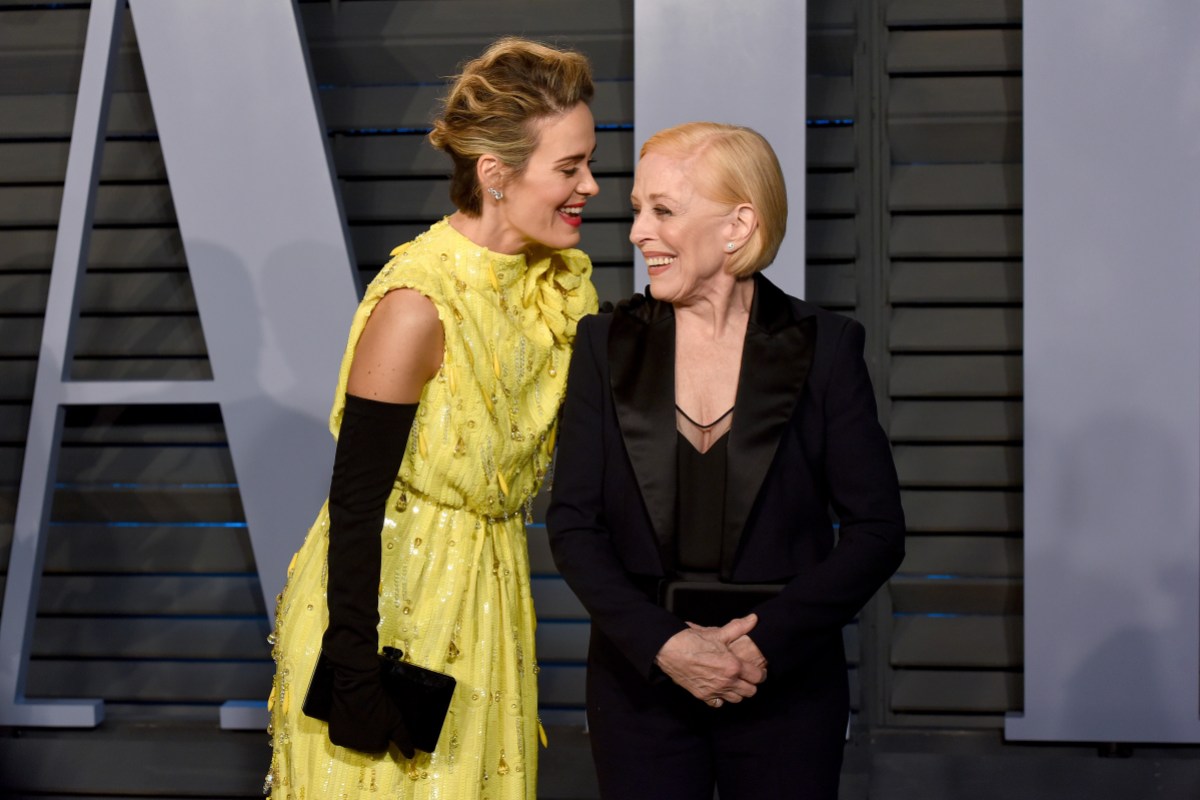 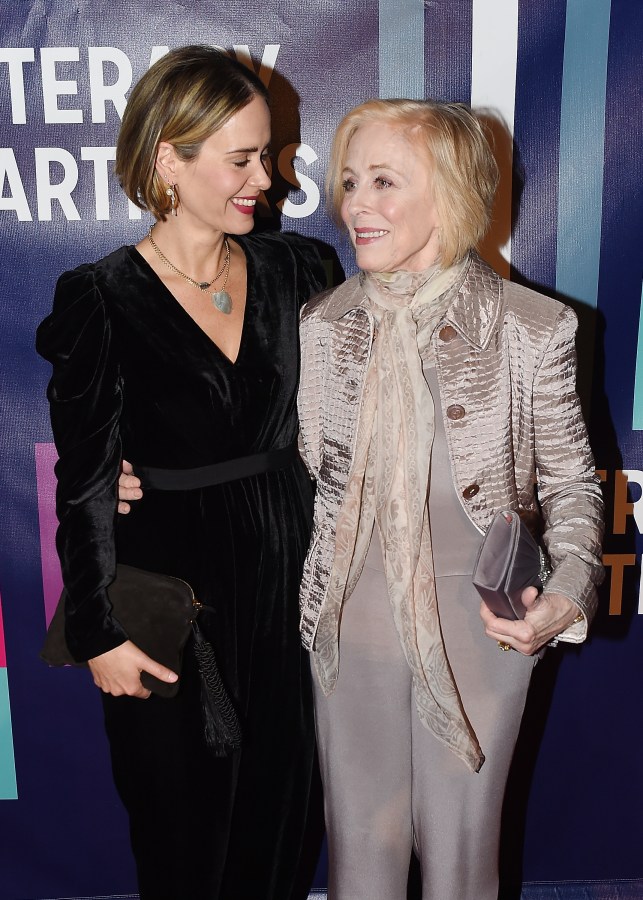 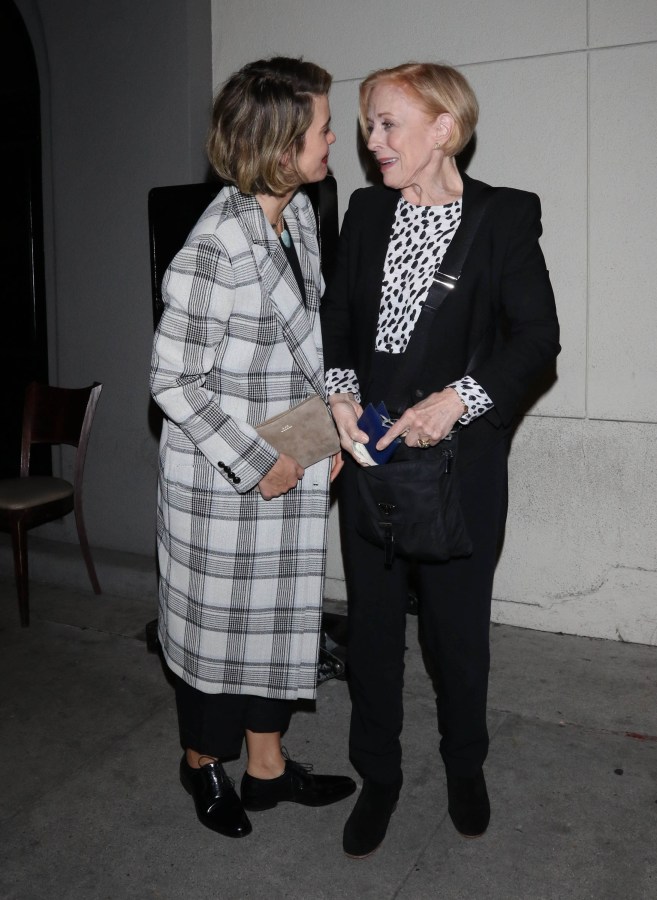 I have absolutely no use for it as I live in Miami, but I do need Sarah’s coat here. 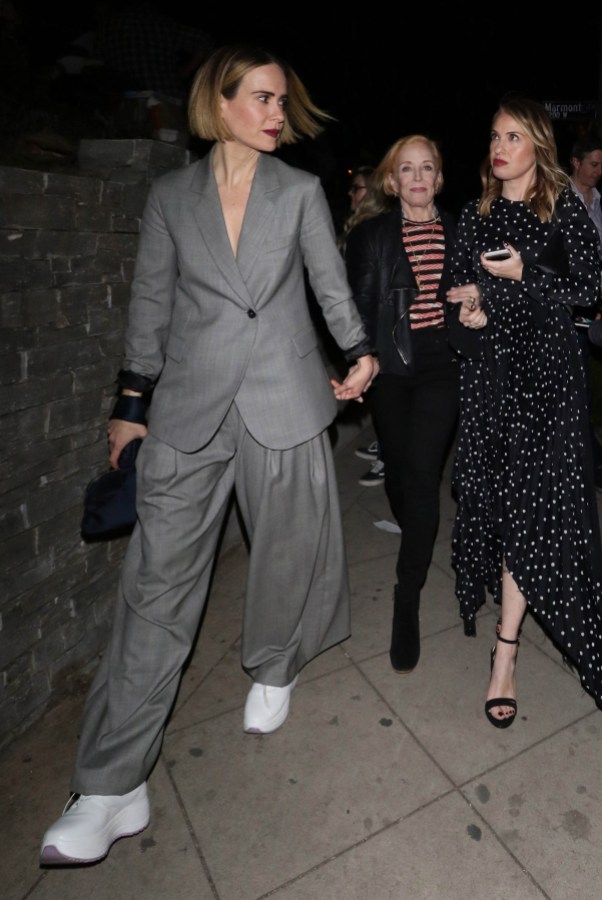 Once again, Sarah is walking five paces ahead of Holland despite the fact that they’re holding hands. This is indeed how Kristen and I look when walking into any function. 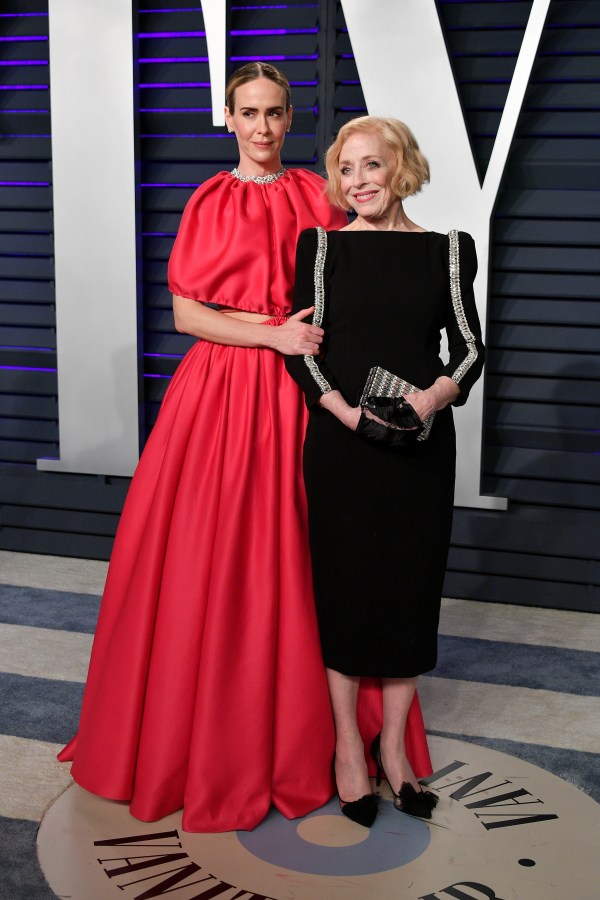 This prom ass pose!!!! Actually, give me a gay high school romcom where Sarah and Holland play two teachers at the high school who are secretly dating and chaperone prom. 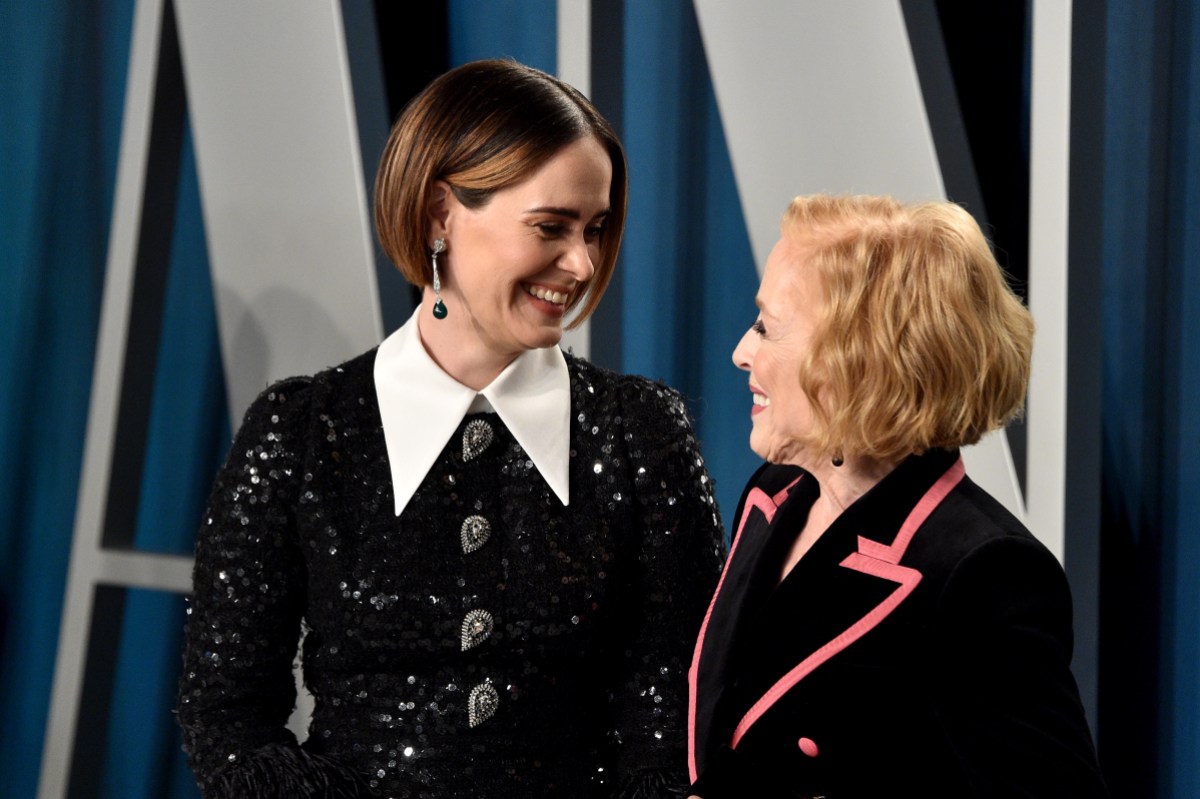 HOW many photos are there out there of these two just gazing longingly into each other’s eyes while laughing????? 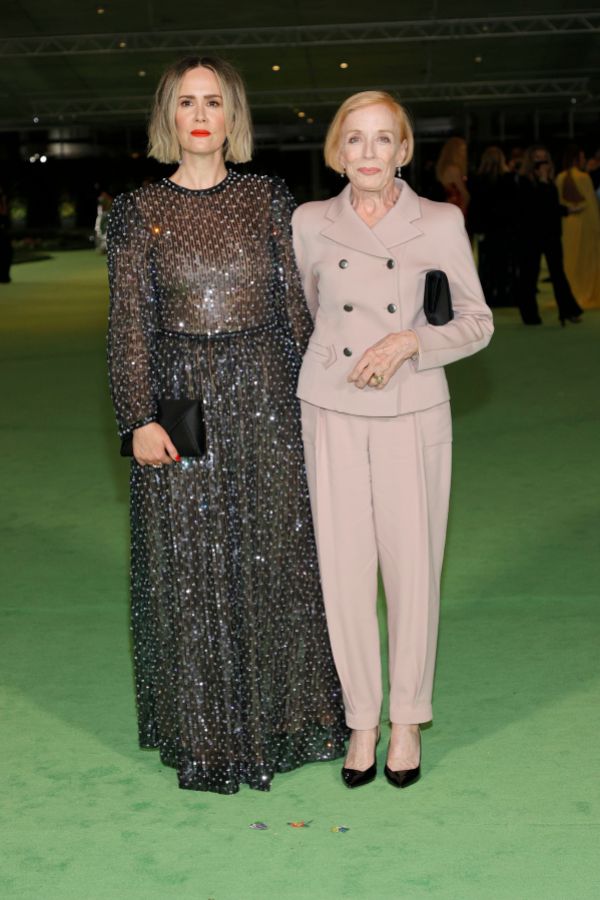 It must be said that in addition to being age gap representation, these two are height gap representation. According to my little Googlings, there’s only a two inch difference between them, but that does not seem correct? Am I losing it? I realize heels could be doing some work here, but if you refer back to some of the candids where they’re both in flats/sneakers…it still looks like more than two inches! 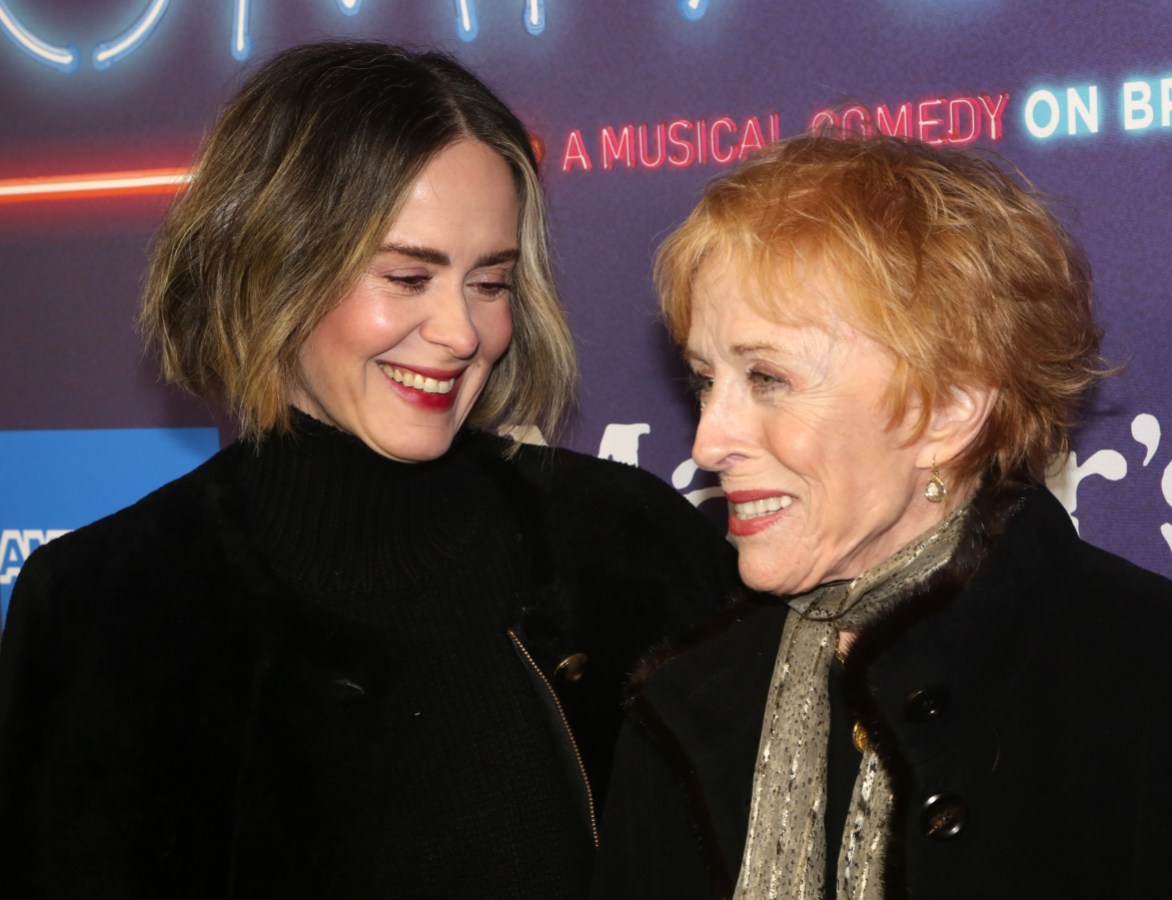