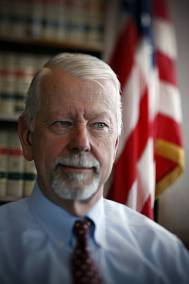 Judge Vaugh Walker is going to announce the verdict of the Proposition 8 trial today. (If you need a refresher, read Rachel’s recaps of the trial. She’s a rockstar.) Vaughn has said he will release his decision between 1 and 3 p.m. PST.

UPDATE: An intrepid friend has said that if you text “equal” to 69866, The American Foundation for Equal Rights will text you the result as soon as it is released.

No matter what happens, the case will be appealed, as both teams of lawyers have vowed to challenge a ruling not in their favor. That’s good because if Vaughn rules against Prop 8, an appeal could allow that decision to have a wider impact. If Vaughn rules for Prop 8, then an appeal would give the pro-gay marriage side another shot at victory.

But before the judge has even published his decision, the Prop 8 supporters started preparing for the worst.

Lawyers for the coalition of religious and conservative groups that sponsored Proposition 8 in 2008 filed a legal brief Tuesday asking Walker to stay his decision if he overturns the ban so same-sex couples could not marry while an appeal was pending.

And according to the Mercury News, their brief also said: “A stay is essential to averting the harms that would flow from another purported window of same-sex marriage in California.”

Nice! That was a good jab, wasn’t it? God forbid the evils of homosexuality befall the good state of California before an appellate court can save the day. 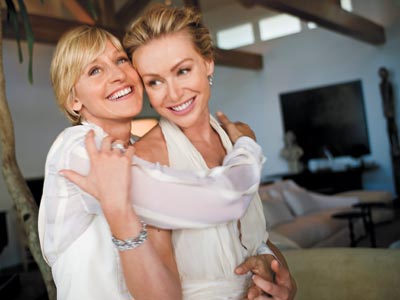 THIS WOULD BE HAPPENING EVERYWHERE! THE HORROR!!

Obvs we will be watching Google News like good little masochists, eagerly awaiting the decision and the requisite outpouring of homophobia. We’ll keep you posted.