There are a lot of things you’re not supposed to be able to do when you’re gay: get married, have children, be the head of a national government, etc. But stereotypes exist to be broken, at least when you’re former Icelandic Prime Minister Jóhanna Sigurðardóttir. A profile published yesterday in the Telegraph  shares the truly touching story of the former prime minister and her partner of  30 years, Jónína Leósdóttir. 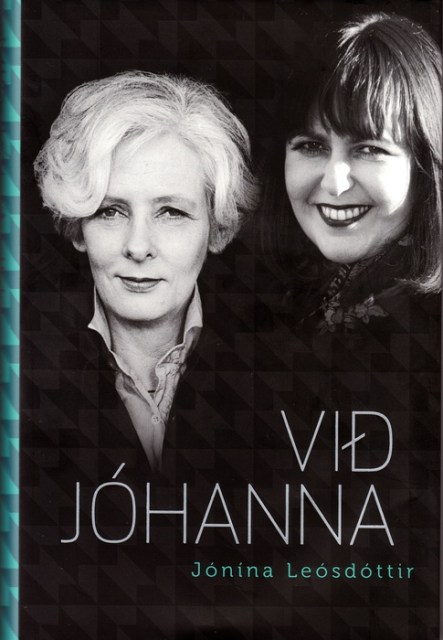 The cover of Leósdóttir’s new book about the couple’s life together.
Via LOTL

The couple met while working on a political committee in 1983 and later left their husbands to be together. But Sigurðardóttir’s political career meant they lived in fear, and they didn’t move in together until 2000. Sigurðardóttir was elected prime minister nine years later, and the couple traveled the world together on official business without much trouble (or fanfare, which is why I hadn’t heard of them until now). In addition to being the first out gay head of state in the world, Sigurðardóttir was also Iceland’s first female prime minister. During her tenure, she was relatively well liked, and she was able to advance LGBT rights in Iceland while also pulling the country out of a huge economic hole. She and Leósdóttir were among the first to wed when the country passed a same-sex marriage law in 2010.

My favorite part of this story (aside from THE WHOLE THING) is how aware the pair seems to be of their privilege. This is a couple who spent two decades in the closet because of political pressure, and now that they’re out they’re reminding us that they could have had it much worse. They were never really harassed or mistreated, and the media respected their right to have a private family life after they moved in together. Leósdóttir’s perspective, as shared with the Telegraph, is that there wasn’t a huge public uproar when they came out because they were older white women who had grandchildren from their previous marriages. Had circumstances been different, she says, they wouldn’t have been so lucky as to get a “non-reaction” from the public. “I think people see white women grandmas as rather harmless so maybe [being gay is] not so threatening,” she said.

The other big takeaway here is that, despite the difficulties of advancing in politics as a non-straight person in much of the world, there are places where being gay doesn’t exclude you from something huge like being prime minister. A conversation about this happened last month in the United Kingdom, and more politicians in the United States are coming out as LGBT rights battles crop up across the country. The fact that Leósdóttir’s and Sigurðardóttir’s lives and political careers have happened means that the door is that much more open for the next LGBTQ politician. At least in some parts of the world, we’re getting there.