Well hello and welcome to your Monday Pop Culture Fix! Does anybody have any berries I can borrow to add to this very cold bowl of oatmeal I’ve been ignoring for an hour and a half at this point? LMK!

+ I mentioned in a recent Pop Culture Fix that the new Scream is gonna be queer based on the trailer. And now the posters have been released and Jasmin Savoy Brown’s character, Mindy Meeks-Martin, has a little rainbow pin to prove it. (Also Mindy Meeks-Martin? Triple alliteration? GAY!) 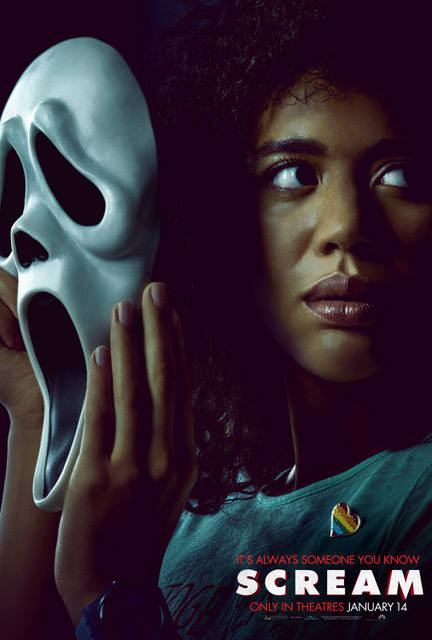 + Cara Delevingne is joining Only Murders in the Building for season two.

+ The Real Housewives of Miami are making history with the first lesbian Housewife.

+ Harlem Star Jerrie Johnson redesigns what it’s like to be Black and queer on camera.

+ Benedetta is based on the true story of a 17th-century lesbian nun.

+ Oh man this Riverdale/Sabrina crossover is gonna be a MESS and I cannot WAIT!

+ Le Tigre reuniting for the glory of us ’90s lesbos!

+ Queer films could sweep awards as The Power of the Dog and Flee gain momentum.

+ How the Celeste speedrunning community became queer as hell.