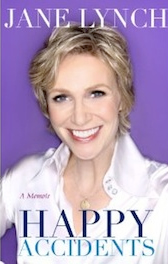 Details of Happy Accidents, her upcoming memoir are beginning to surface and she surprisingly writes about her addiction to cough syrup after she gave up drinking in 1991.

“I found myself eating about a gallon of chocolate ice cream daily to replace the copious amounts of sugar my body was used to from my daily beer intake. I did, however, continue my habit of taking NyQuil before bed. Though no longer drinking Miller Lite, I was still in need of something to soothe me. The fact that NyQuil had alcohol in it was not something I acknowledged at all. I still considered myself on the wagon. I’d close the drapes, take a swig of NyQuil, toast with a simple ‘bye bye’ and go into a deep sleep.”

She eventually found help for her substance abuse problems at AA and she made the decision to go after one evening where she got high with her Real Live Brady Bunch cast mates:

“I smoked myself into oblivion that night. I still felt like crap and even lonelier than I had felt before.”

In lighter news, here’s a wonderful video of Jane terrorizing a book store ala Sue Sylvester:

It used to frustrate the hell out of me me that Sara never spoke about her partner (Glee‘s new writer/producer Allison Adler) on The Talk but she definitely opened up as the year went on. Well, that’s over. They have sadly broken up after ten years and two children. Not too many details about the break up other than they will share custody and it’s “completely amicable.” 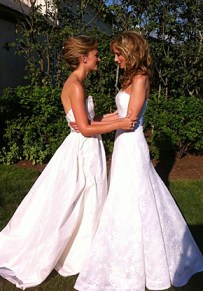 After endless tweeting and press appearances, your fave country singer has finally gay married her girlfriend, Lauren Blitzer. All kidding aside, I did happen to see her documentary (Wish Me Away) at Outfest and she kind of won me over. The film received huge audience response at film festivals across the country and I strongly recommend checking it out when it finally gets distribution.

The TV Chick has a brand new interview with Shay Mitchell in which she chats about Maya’s return, Emily’s dating, and the upcoming the mid-season finale:

“I want to see Emily have a serious relationship. I keep watching the episodes — I watch every episode, and when I see the scenes where Aria running into the sunset with Ezra and jumping, I want Emily to have that too, with a serious girlfriend. So, we’re pushing for that. But I do feel like this is very necessary for her to have a lot of interactions with different girls so that she can really know what she likes. This is all new for her. So I think dating is important.” 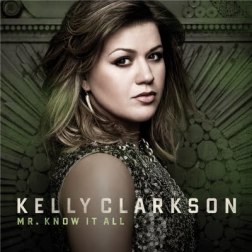 Homegirl is finally releasing her fourth album on October 25! The new record, Stronger, was actually written and recorded last winter but has been shelved for reasons unknown for the last 7 months. She chats about some early tracks leaking last Spring as the result of a robbery:

“There are songs out there that are from eight or 10 years ago [from when Clarkson was recording her first album, Thankful.] People are always asking me to write for other artists. They’re awesome songs, [but] they’re just not songs I would normally sing. Those songs came out and people are like, “Oh my God, what direction is Kelly going?”I think what made me mad was that: 1) People stole from me, and 2): Everybody had no idea what my next album was going to sound like. That really caused a lot of confusion.”

Check out the new section of her web site completely devoted to helping you make the switch to a vegan diet.