As you all know, we at Autostraddle love Jane Lynch. The woman can do no wrong! She’s fantastic in her many roles on TV, on stage and in the movies. She’s funny and charming at award shows. She’s gives politically savvy advice, raps “Super Bass” flawlessly, and is even classy in the midst of a divorce. And now, The Lynch has her very own star on the Hollywood Walk of Fame. 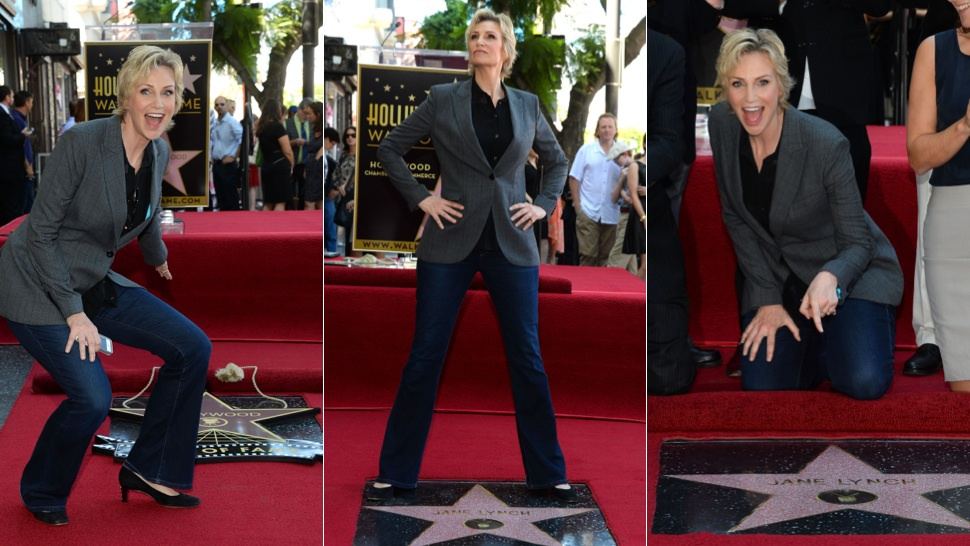 In a ceremony held yesterday, Lynch recalled her first visit to the Walk of Fame in 1992, right after she had moved to Hollywood. She rushed to find queer actress Greta Garbo’s star and take a picture with it. “Maybe in 50 years, there will be some kid from a small town in Illinois doing that to my star,” the Illinois-native said.

Currently, Lynch is working on a children’s book called Mean Marlene that is due for release in the fall of 2014. She’s signed up for another season of Hollywood Game Night, and has a movie coming out in the next month called A.C.O.D. (Adult Children of Divorce). And of course, we’ll all be (reluctantly) watching as Lynch returns in the role of Sue Sylvester as Glee trudges on. (Yes, its all been downhill since Blaine left the Warblers. But Naya Rivera, you guys. I just can’t quit that show.) 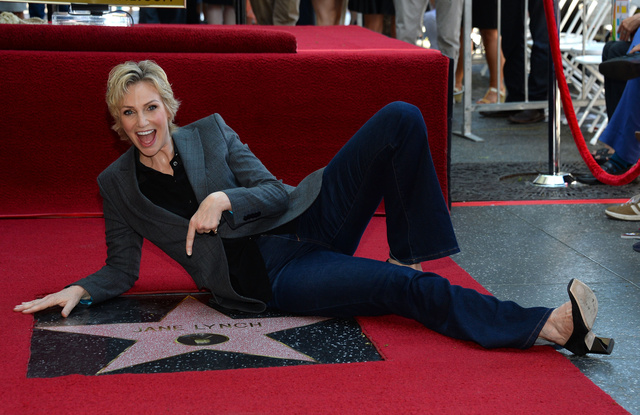 Lynch’s star is located at 6640 Hollywood Boulevard in front of the Sports Center Store. Who wants to make a pilgrimage from A-Camp?