Hello, pringles! I’m in Vancouver with my lady love and it’s the best. Happy Sunday Funday! Here’s to a day of really good brunch and even better babes.

Kate McKinnon’s SNL sketch about Billie Jean King and the Sochi Olympics is basically making the Internet pee itself a little from laughing too hard. I think it’s evident early on why that is. 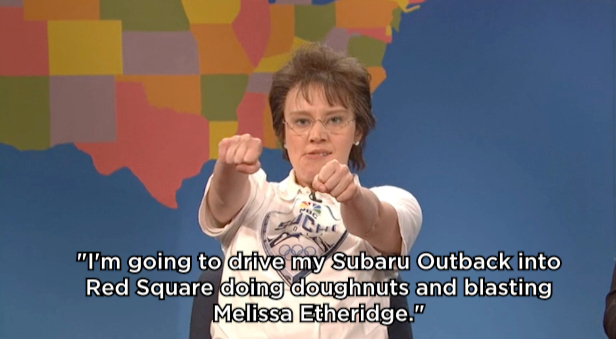 It’s true! She even told Bazaar. 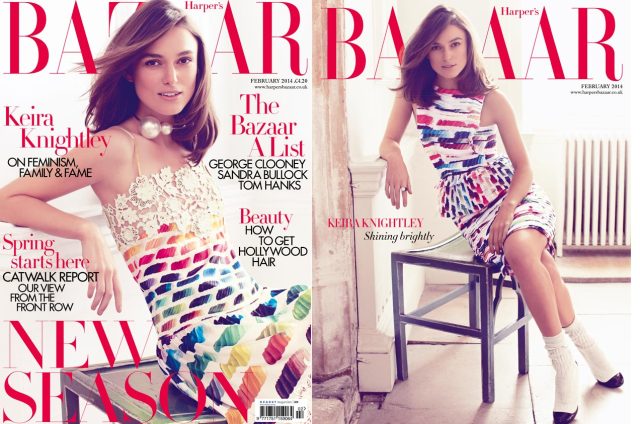 “I think it’s great that the discussions are finally being allowed to be had [about feminism], as opposed to anybody mentioning feminism and everybody going, ‘Oh, f***ing shut up,’” says Keira Knightly, 28, in her cover interview with Harper’s Bazaar for the February Issue.  “Somehow, it [feminism] became a dirty word. I thought it was really weird for a long time, and I think it’s great that we’re coming out of that.

Knightly, whose forthcoming film, Jack Ryan: Shadow Recruit, is the latest reboot of the Tom Clancy books about CIA agent Jack Ryan, says that she is often the only woman in a cast and quite often she finds herself “walking into a room, and talking about why my character is saying this, but I’ll be talking about it to a room of five guys. I’ve lost most of the arguments.”

The Boy Scouts Get Gayer

The Boy Scouts of America will start accepting gay kids on January 1. But in Utah, one troop decided to up the ante and assist the clerks marrying gay folks.

FINALLY. A member of Vladmir Putin’s United Russia party has taken a stand against the nation’s anti-gay laws.

“I want to ask you — there probably aren’t that many platforms where we can talk about this today,” Maksakova said. “I’m not against our family values, but couldn’t we take ‘non-traditional’ out of this law through amendments? And expand the law, so that any harmful propaganda of a sexual character to minors became inadmissible.”

“I am ready to put forth this amendment,” she said. 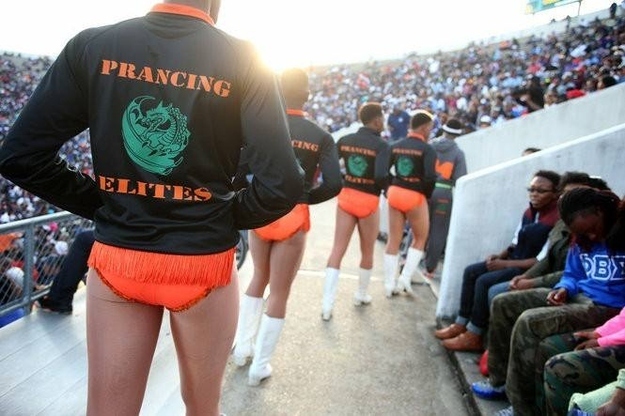 Ireland’s Taoiseach may not think gay rights are like, the most important thing of all time, but he still plans to actively campaign for gay marriage in the upcoming referendum.

Same-sex couples shattered marriage records in Utah this week, and ain’t nobody gonna stand in their way. 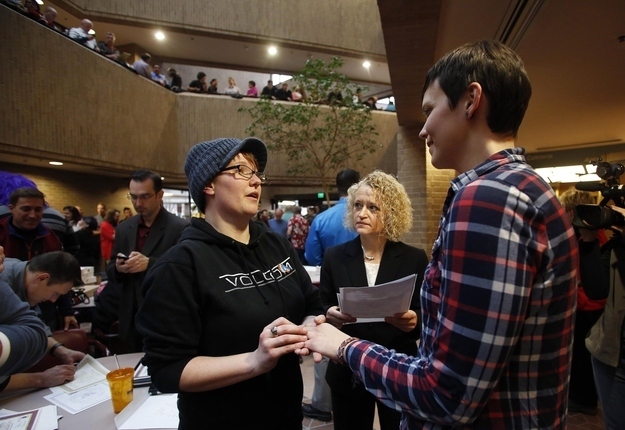 The Lion King As Told By Kittens