The year the Me Too Movement erupted in Hollywood, French auteur Olivier Assayas wrote a movie with Roman Polanski.

Assayas — whose work I’ve long-admired from Cold Water to Something in the Air, Clouds of Sils Maria to Personal Shopper — would have you believe that my scorn at this collaboration is what’s wrong with movie’s today. Film is about art, chaos, magic, danger. There is no room for moralizing. There isn’t even room for humanity.

The original Irma Vep from 1996 may diagnose the film industry’s economic woes, but it’s more concerned with what the film industry lacks for those it never intended to include. With Assayas’ blend of low-key observation and heightened experimentation, Irma Vep is one of the filmmaker’s greatest triumphs. And yet his new vision of Irma Vep is such an unmitigated disaster, it makes me wonder whether he’s lost his touch or if the original’s greatness occurred despite the director himself.

The French may love the auteur theory but Irma Vep (1996) undoubtedly had a co-author in star Maggie Cheung. Not only is she playing a version of herself, but Cheung’s performance adds depth and subtext where there might have been nothing but tired — even in 1996 — industry satire. Cheung is not just an actress working in a country where no one speaks her language, she’s an Asian woman working in a space that’s almost entirely white. She faces constant microaggressions, often exoticized and fetishized. An interviewer asks her about John Wu, a director she’s never worked with. Her only comfort is the friendship she develops with the lesbian costume designer — another woman on set, facing her own microaggressions. 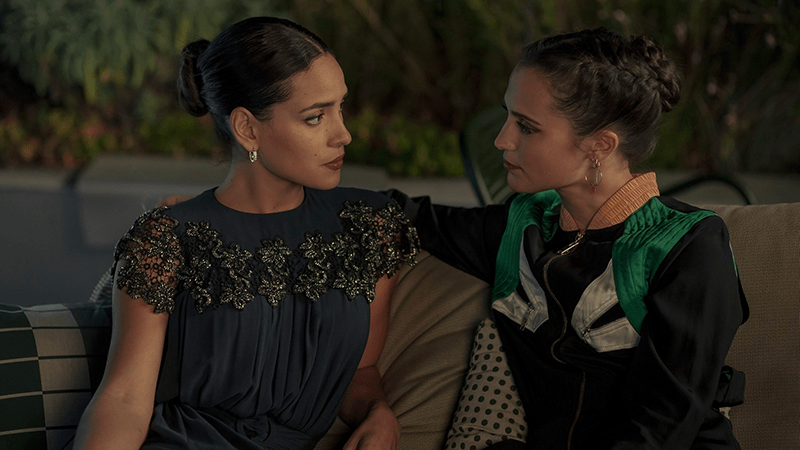 The new series on HBO finds Assayas revisiting a similar meta-premise. Once again, the series is about a French director setting out to remake Louis Feuillade’s landmark 1915 serial Les Vampires with a non-French actress. But instead of an actress from Hong Kong, this version stars one from Hollywood. Alicia Vikander plays Mira, a movie star eager to play more serious roles and distance herself from the tabloid gossip that arose when she left her famous boyfriend for her female assistant, Laurie, only for Laurie to leave her for the male director of her latest Hollywood hit. Maggie Cheung played a version of herself. Alicia Vikander is playing a version of Kristen Stewart.

While a white American actress faces a completely different reception than a Chinese actress from Hong Kong, it would seem the series is at least increasing its queerness. But that is only the case if you measure queerness by body count. The original film featured a grounded lesbian character, entranced by Maggie Cheung, but anxious about coming off as creepy when her coworkers have accused her of just that. The series replaces her with Mira, a character played by a famous straight actress, whose affair with her assistant was her first queer experience. Laurie is played by another straight actress (Adria Arjona) and is portrayed as a conniving gold digger. I would describe Laurie as high femme but that label is reserved for queer people and the character’s sex appeal feels completely disconnected from queerness. She is simply the manifestation of Assayas’ fantasies. Even the costume designer, once again a lesbian, is framed as more predatory and, even worse, less interesting.

I am not inherently against straight actresses playing queer parts. I am not inherently against queer women characters being predatory. I am certainly not against queer women characters also having relationships with men. The problem is one minute of Kristen Stewart’s performance in Clouds of Sils Maria is more interesting and more real than all these half-developed characters combined. There is nothing recognizably queer in these characters other than their obsession with chaos and heartbreak. Mira will even question whether she herself is queer at all. The costume designer will then ask the same about Laurie. Mira’s response? Laurie was too into “snatch” not to be.

The problem is in Assayas’ writing — but it’s also in the central performance. Vikander is not Kristen Stewart, she is not Maggie Cheung, and she is not Musidora who played Irma Vep in the original serial. She does not have Musidora’s magnetic sex appeal. She does not have Maggie Cheung’s ability to unearth subtext. And she does not have Kristen Stewart’s disaffected emotion. When Stewart mumbles, she tells a story. When Vikander mumbles, she’s just mumbling. By the time Stewart has a cameo in the finale, it feels more like a relief than a meta joke.

Vikander was perfectly cast as the robot in Ex Machina — a symmetrical face and petite body readymade for male projection. Unfortunately, she plays the same part here when Irma Vep requires the opposite.

The show is not without its strengths. There are moments that recall Assayas’ artistry that once entranced me and Carrie Brownstein is a lot of fun as Mira’s agent. I also enjoyed Nora Hamzawi as the 1st AD who captured the exasperation I’ve felt on terrible film sets and the exasperation I felt watching this show.

The problems of Irma Vep go beyond the show’s lead and its hollow dyke drama. If the 1996 film felt like the anxieties of an arthouse director on the verge of international success, the 2022 version feels like “old man shakes hand at cloud.” The filmmaker in the original was much older and much less autobiographical than this series’ René (a solid performance from Vincent Macaigne). The original was a two-hander between Maggie and the costume designer, this is a two-hander between Mira and René. The series even engages with the original film inventing a former actress named Jade Lee (Vivian Wu) who was in René’s original take on Irma Vep and then married him. (Assayas and Maggie Cheung were married from 1998 to 2001.) Jade appears as a vision, a helper, for René and Mira assuring René of his brilliance, assuring Mira that it’s fine for her to take a part previously occupied by an Asian actress. 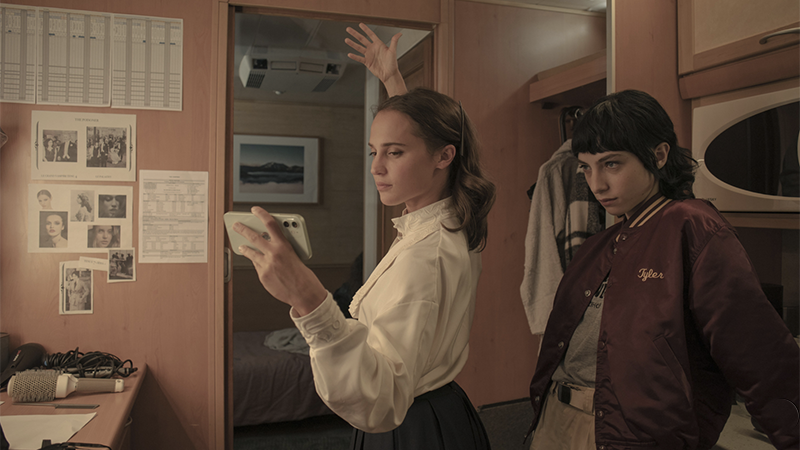 The recast and treatment of Jade and another actress, Cynthia Keng — described by René as the “spirit of Jade” — are indicative of the show’s overall relationship to race and identity. Herman, the mainstream Hollywood director framed in opposition to René and real art, is a Black man (Byron Bowers). The business-obsessed Laurie is Latina. Assayas views inclusion on the side of the corporate, his own white male fantasies on the side of art. He’ll poke fun at René or the chaotic actor Gottfried (Lars Eidinger), but he ultimately views their destructive filmmaking as more admirable than Herman’s calm moviemaking.

The show is as regressive about gender as it is race. René walks off the set in righteous anger when he’s questioned about his eroticization of a sexual assault. This charge is made by an older actor acting out of hypocrisy. The other crew member to speak up and then get dismissed is one of the few Black women. This aligns with the jokes the show makes about intimacy coordinators and bondage experts. But like Jade eases Mira’s fears about race, Mira eases René’s fears about gender. Of course, Assayas is writing all this himself. He is convinced that wanting to recreate the abusive set dynamics and on-screen politics of 1915 somehow make him the radical one.

And it wouldn’t be the rants of an aging artist without dragging in trans people. When discussing the hit movie Mira made with Herman, the soulless financier notes that cutting the villain’s testicles off was a smart move for the sequel. “Ragnar comes back as transgender,” he says. “The first trans superhero. It’s a visionary project.”

Of course, the forced diversity of Hollywood is worthy of satire. The corporations that would make a movie like the aforementioned Doomsday would exploit having a Black director and a trans superhero for their own gain. But Assayas doesn’t understand what he’s satirizing. He doesn’t realize that there are Black artists, trans artists struggling with the same financiers as him and having far less luck. His only exposure to diversity is through Hollywood action movies, because he’s put no effort into watching art made by people who aren’t Roman Polanski.

If the Me Too Movement and push for industry inclusion have caused one thing it’s providing men like Olivier Assayas something to complain about — while acting exactly the same. Assayas may place himself in opposition to contemporary Hollywood. But when the industry decided to replace the singular Angelina Jolie in Tomb Raider, it chose Alicia Vikander. When Assayas decided to replace the singular Maggie Cheung, he chose Alicia Vikander too.

Drew has written 289 articles for us.