This month’s Ask Your Friendly Neighborhood Lesbrarian answers a question that recently arrived in the A+ Priority Contact Box:

Have ya’ll done a fiction list for intersex characters? If not, would it be possible to make one? I’m thinking of including an intersex character in this fantasy story I’ve been thinking about for a long time, but I want to make sure I don’t tokenize them. My only point of reference for intersex folks is “Faking It” and that one episode of “Freaks and Geeks” where Seth Rogen gets a cute intersex girlfriend. 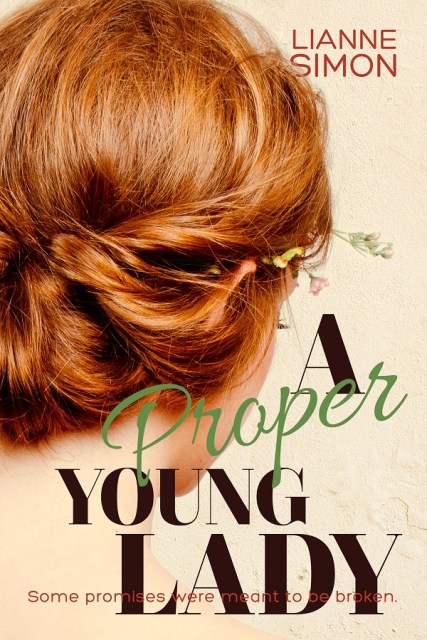 A Proper Young Lady is unlike anything you’ve ever read, at least in some ways: it’s a new adult romance novel featuring a love triangle with an intersex woman at the center. This book is also by an intersex author! Danièle has androgen insensitivity syndrome, which means she’ll never be able to carry her own children, even though she’s always wanted kids. It’s an issue that’s recently become more important, given that Danièle and her fiancé Ethan want to have a family. At just the right time, Danièle’s childhood friend and crush Melanie comes back into her life after five years apart. They rekindle their close friendship, and Melanie offers to be a surrogate for Danièle and Ethan. While it seems Danièle is getting everything she wants on the outside, on the inside she’s still struggling with her own gender identity and feeling torn about who she loves. Also check out Lianne Simon’s YA novel, Confessions of a Teenage Hermaphrodite. 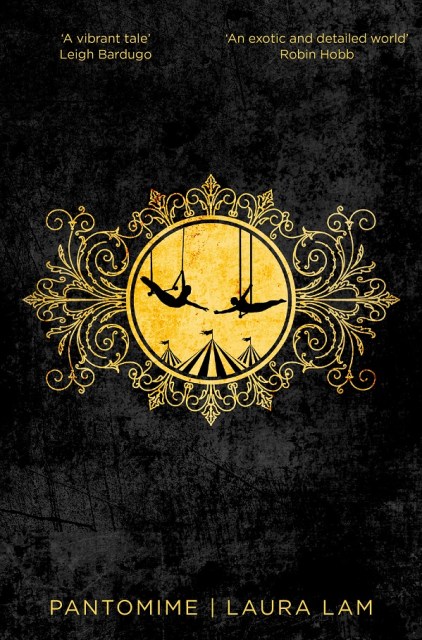 Pantomime is the first book in a fantasy series set in the Victorian era featuring Micah Grey, a protagonist who’s intersex, genderqueer, and bisexual! Micah also has magical powers. What with being intersex and displaying magical abilities that haven’t been seen for centuries, it’s no surprise Micah decides to leave — in disguise — their wealthy home where their parents want them to be the typical debutante. Reinventing themselves and taking on the name Micah Grey, Micah joins the circus and becomes an aerialist. Despite the joy Micah finds in flying far above the ground, they discover the circus is far from the charming magical place they originally thought. Plus, they begin to have visions of a dangerous future. Can Micah heed the call of their visions in time? It’s a treat that while Micah’s three intersecting identities are relevant to the story, none of them are the main focus. 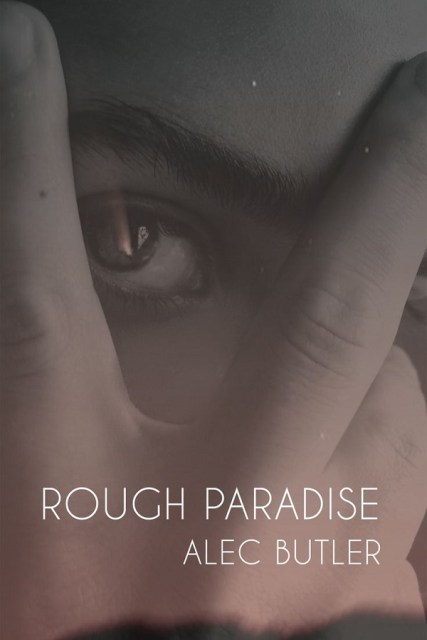 It’s a rare book that evokes Leslie Feinberg’s groundbreaking novel Stone Butch Blues, but this is exactly what two-spirit, intersex, trans author Alec Butler’s novella Rough Paradise does. While Butler’s book is specific to the context of the main character Terry’s identities (two-spirit, intersex, trans, and queer like the author), it shares with Feinberg’s book an overwhelming sense of urgency to bear witness to and preserve queer history as well as a focus on working class folks. Above all else, this novella set in the 1960s and 1970s is a testament to resilience and resistance as it tells the story of Terry’s coming of age. At first he struggles to communicate his gender and sexual identities to anyone except his girlfriend/lover Darla, a fellow queer and mixed-race Indigenous person. His subsequent journey to personhood is not only moving, but decidedly genre-defying: Rough Paradise feels at once part fairy tale, part YA, and part erotica. 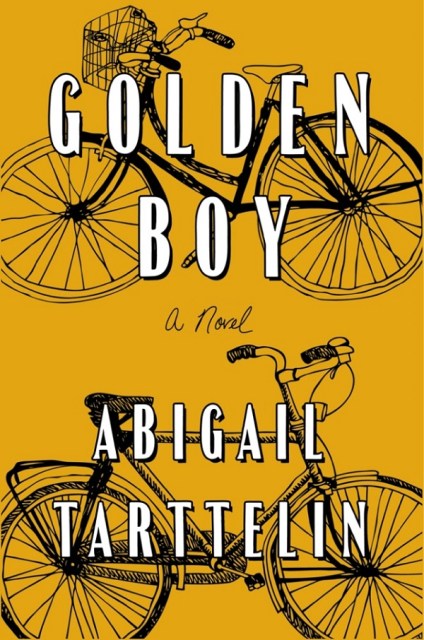 Sixteen-year-old Max Walker is a teenage intersex boy who, up until a devastating sexual assault, had led a charmed life, despite carrying the secret of his intersexuality his entire life. It’s only in the wake of the rape that Max is forced to think about how he is different, even though on the outside he appears to be the typical all-American boy: an accomplished athlete with good grades and a stable family life. Golden Boy explores the emotional and physical aftermath of the attack on Max from not only his point of view, but from that of his parents, his brother, one of his doctors, and the first girlfriend he might have really big feelings for. It’s a deeply moving story about secrets, shame, the complexities of family relationships, and body autonomy. For more, check out intersex activist Hida Viloria’s Autostraddle review. 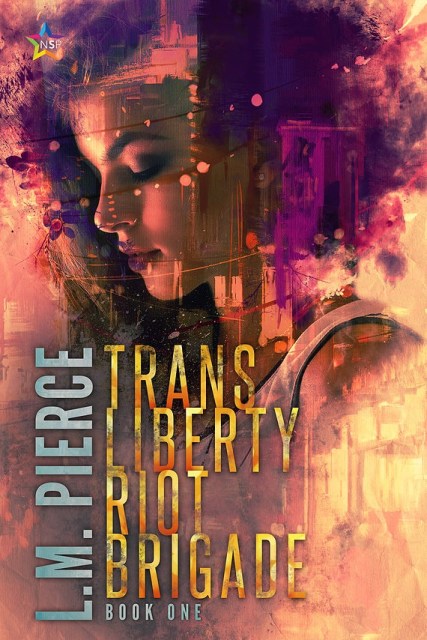 Set in a dystopian future United States, Trans Liberty Riot Brigade is told through the eyes of Andi, an intersex woman. The government has labelled her, and other intersex folks who refuse to have the surgery mandated by law, as “transgressors.” These transgressors have taken it upon themselves to create the Trans Liberty Riot Brigade, an underground organization fighting the government’s war on intersex people. When the government finds their headquarters, Andi and the brigade leader Elenbar band together, initially to save their own lives and those of their fellow transgressors by trying to send a call for help. But communicating beyond the walled borders of the United States is no easy task, and when Andi and Elenbar try to cross the wall in the hopes of moving beyond the radio transmission block, they discover a secret about what’s within the wall — keeping enemies out but also keeping citizens in — that’s more dangerous than they could have ever imagined. 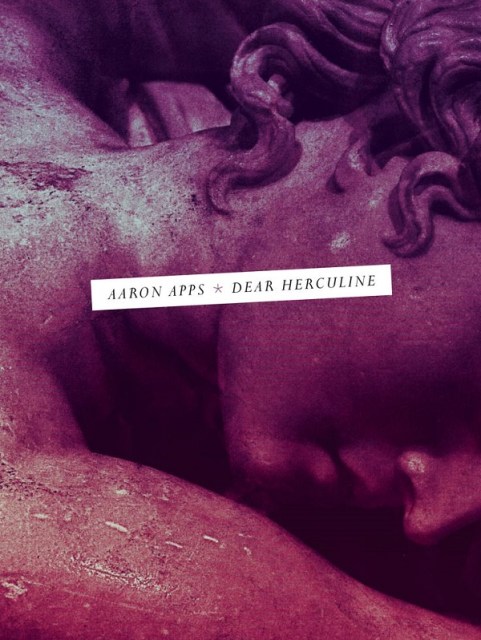 Intersex writer and scholar Aaron Apps writes this series of devastating and eloquent love letters in the form of poetry to and from Herculine Barbin, a 19th-century French intersex person who was coercively operated on and later died by suicide. Although 1830s to 1860s (when Herculine lived) and 2014 (when the book was published) are worlds apart, it’s remarkable how Apps’s letters create a profound sense of connection, and, indeed, blurs the line between the bodies and consciousnesses of his own body and that of Herculine, who takes on a martyr-like status for future intersex people. This book is a fierce cry against the oppressive and dehumanizing role the medical industry has played and continues to play in the lives of intersex people. It’s also a deep, vulnerable look at the body shame that intersexphobia creates. At the same time, the writing process and words themselves, a topic which the letters discuss explicitly, function ultimately as a way to heal.

The Albino Album by Chavisa Woods 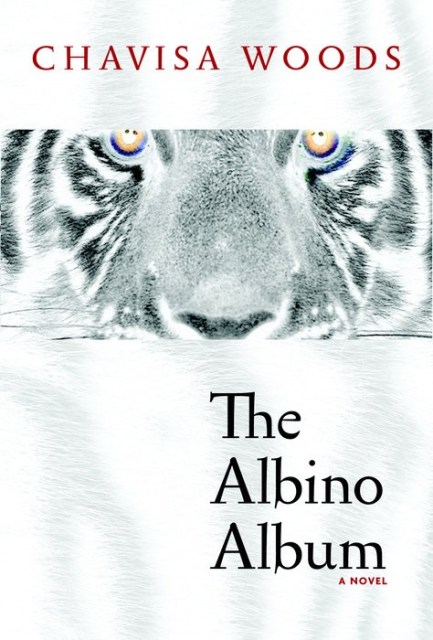 A genuinely epic queer epic in the tradition of American Southern gothic novels, The Albino Album is a fearlessly strange lesbian coming of age story about a girl with an unpronounceable name. The journeys of this strange heroine take her all over the country; accompanied by her albino horse, she searches for chosen family. The last and perhaps most significant of Woods’s amazing secondary characters, who becomes the hero to the protagonist’s heroine in the book’s final scene, is an intersex non-binary Malian activist. While the book explores the complexities of race, class, sexuality, gender, sex, and other political issues in contemporary America, it never feels pedantic or like anything is being treated like a novelty or a token; in fact, despite just how painfully real so much of what the novel deals with is, the almost magical realist plot, the decidedly eccentric characters, and the bizarre tragi-comic situations make for an oddly surreal albeit extremely rewarding reading experience. 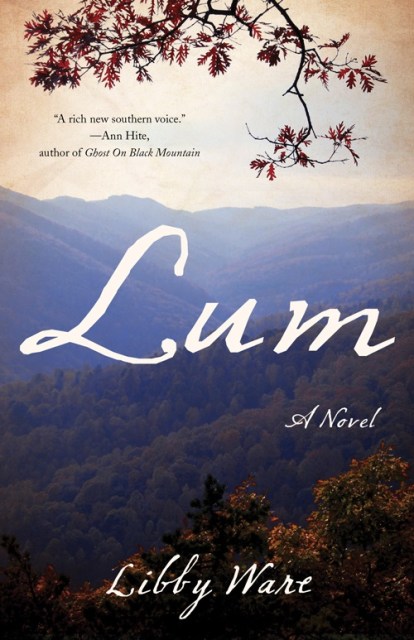 A Stonewall honor book and an historical novel set in the 1930s in the Appalachians, Lum is a kind of late coming of age story. Columbia, or Lum for short, is an unmarried intersex woman in her early thirties; in rural America at the time, being a single woman at Lum’s age is enough to be devalued and ostracized, without even taking her intersexuality into consideration. Sent from one relative’s house to another and being used for her skills but never treated as a real family member, Lum’s situation starts out tragic. But it’s the set-up for a moving journey to personhood. The catalyst is the planned Blue Ridge Parkway, which is slated to go right through the land Lum’s family has farmed for generations. What is a terrible development for her family is the push Lum needs to find her own allies in her small town and create a fulfilling, independent life for herself.

Check out the Intersex Society of North America for more information of the non-fictional variety, as well as intersex-related posts on Autostraddle. There are also some amazing non-fiction books by intersex authors y’all should definitely check out: Born Both: An Intersex Life by Hida Viloria, Contesting Intersex: The Dubious Diagnosis by Georgiann Davis, and Intersex by Thea Hillman, which was featured in last month’s soft femme memoir list.